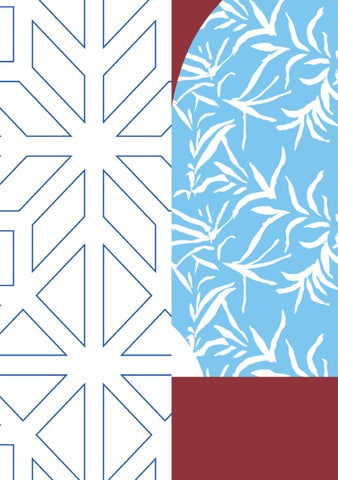 Portraying the World Through Neutral Eyes

86 System, Order and Abstraction: The Politics of English Landscape Drawing around 1795 Ann Bermingham

As if an entrance is over there — At the top of the embankment a blank galvanised steel gate is set into a brick wall. You might, however, have difficulty finding the stairs that lead to the gate as they’re buried under decomposing leaves and trampled plants, no doubt deliberately neglected so as not to bring unnecessary attention to the gate. But if you look carefully at the puddles along the side where the path meets the slope, you’ll notice a hard edge where the face of the bottom step meets the water. This is where we start. At the top of the steps, the red brick wall soon dissolves into a stick and wire fence, which is itself in the process of being enveloped by an untamed hawthorn hedge. If you don’t have a key this is the easiest place to gain access but do be careful, as squeezing through the dense foliage is likely to scratch and there are nettles underfoot. Beyond the gate, under the drooping branches of an old birch tree, a gradient is formed as the muddy ground merges into an overgrown mossy lawn. Cut into the slope, crude steps describe an arc as they ascend. As you climb, a terracotta pantiled roof will come into view, flanked by slender trees. Inside the back door is a room with a large sink full of cleaning products; coats and wellingtons are strewn around on the floor and furniture. A pile of old news­ papers is stacked in a wicker basket next to the door, with a headline referring to an argument in Parliament between the Whigs and the Tories about the design of Kensington Gardens. Two windows frame a view; in the

As if an entrance is over there —

foreground rowan leaves hang down defining an edge, beyond which a cluster of silver birches leads on to a hedge of hawthorn. To the right is a room lined with mirrored cupboards —  one of the doors is bulging open, pressed from the inside by a mass of clothes. Through the crack between the doors, the weave of a gabardine suit pokes out. In the multitude of oblique, mirrored reflections, the view from the windows towards the previous room rolls over into pattern. The door at the far end leads onto a long narrow space, but first you will pass by a modernist grandfather clock, though it’s long since stopped keeping time. You will notice an interruption in the texture under your feet as you step off the wooden floorboards onto a woven rug, the geometric lines of the rug’s pattern fluctuate between an illusion of depth and a feeling of proximity. It’s all paper. A small, rectangular glass space protrudes from the corridor as if suspending you on the exterior of the building. Through the glass, fragmented historical views juxtapose each other. The diced up pattern of the cushions, squashed between the structure of the leather and steel chaise longue in front of you, mirror this exterior view. Through the door to your left, you can hear a herring­bone parquet floor forming an undulating mountain landscape as the rectangular blocks of wood press against each other. Music can be heard through the doorway to your right, and, as you enter, the parquet’s structure disintegrates completely into jumbled forms. Two people gather these fragments into a tower and light it on fire. Musical instruments lie strewn around the floor along with used train tickets, empty plates, cups and bottles, stacks of loose, annotated paper and open books. Welcome.

SYSTEM, order, and abstraction: The Politics of English Landscape Drawing around 1795* Upon reaching the summit of Beechen Cliff, Henry Tilney proceeded to instruct Catherine Morland in the rules of picturesque beauty. “He talked of foregrounds, distances, and second distances — side-screens and perspectives — lights and shades […] and by an easy transition from a piece of rock fragment and the withered oak which he placed near its summit, to oaks in general, to forests, the inclosure of them, waste lands, crown lands and government, he shortly found himself arrived at politics; and from politics, it was an easy step to silence.”1 In a landscape where all the signs of picturesque nature lead to politics, politics leads to silence. Henry’s description of the scenery around Bath serves to underscore the fact that in eighteenth-century Britain, landscape — even the picturesque landscape — was a mode of political discourse. What is therefore striking about the description is not the inevitable linking of landscape with politics but the silence that follows their connection, which the text also assumes to be inevitable. Jane Austen began writing Northanger Abbey in 1797, when anti-Jacobin paranoia was at its height in Britain. Political silence was legislated by Parliament, watched over by government spies and enforced by the courts. The suppression of radical tracts like Tom Paine’s Rights of Man and the activities of the corresponding societies through such legal means as

the passage of the Treason and Sedition Acts and the suspension of habeas corpus was justified on the grounds that radicalism was a threat to the natural order of civil society. For the anti-Jacobin Whigs and Tories of the 1790s, the great fallacy of the French Revolution was its attempt to govern people according to abstract principles rather than according to their “natural” habits, instincts and limitations. Burke put it most simply in his Reflections on the Revolution in France (1790) when he wrote: “The science of constructing a commonwealth is not to be taught a priori. […] The nature of man is intricate; the objects of society are of the greatest possible complexity: and therefore no simple disposition or direction of power can be suitable either to man’s nature, or to the quality of his affairs.”2 Burke’s bias against government by a priori formula and the simple disposition of power was echoed in popular conservative newspapers such as The Anti-Jacobin; or, Weekly Examiner, edited by William Gifford. Writing in 1799, Gifford said, “We have only to trace the progress of French Principles from their first promulgation to the present time. […] If we have the patience to execute this task, we shall find that these principles rested at first (even in the most plausible view which was given them) on a new theory of government — false visionary, and impracticable; inconsistent with the very nature of man, and with the frame of civil society.”3 To the minds of men like Burke and Gifford, English government was not based on abstractions but on human nature itself, which in turn was understood to be organic and multidimensional; thus its workings could not be grasped or contained within a single idea or representation. The British Constitution was seen by them as having evolved over the centuries into a body of civil laws, rights and duties that had been tempered by time, custom and practical application. Moreover, it was an unwritten constitution, a loose, contractual arrangement of laws and precedents that upheld the political system by the consent of the governed. By contrast, The Declaration of the Rights of Man was a fabrication of the moment, a document held

to be, as one correspondent to the Anti-Jacobin claimed, “the most absurd, the most contradictory, and the most impracticable form of Government which was ever created by ‘human wisdom and integrity’; or, what is nearer the truth, the folly or madness of men.”4 I would like to propose that such attitudes toward abstraction and order had meaning for artistic representation. Embodied in the picturesque landscape aesthetic, they restructured landscape design and the procedures and techniques of landscape drawing. As popular pastimes, gardening and drawing helped to normalise a series of attitudes and values by inscribing them within certain representational operations. They functioned as mediums through which social dispositions toward order, power and meaning found expression in techniques for rendering nature. In short, landscape gardening and drawing were not ideologically neutral technē; rather, in their spatial strategies of composition and perspective, for instance, or, in the case of drawing, instructions as to how to delineate certain objects in a landscape, they actively inscribed or became the sites of specific ideolo­ gical attitudes and ambivalences. I The change can be summarised in a comparison of John Robert Cozens’s watercolour drawing The Lake Albano and the Castle Gandolfo (ca. 1779; see fig. 1) with Thomas Hearn’s drawing Oak Trees (ca. 1786; see fig. 2). In the Cozens drawing, the placement of the tree in the foreground serves the total effect of the landscape; as a repoussoir figure, it frames the distance, sets the scale and establishes a diagonal direction for the composition. Its isolation makes it a poetic object, and we read the landscape in terms of its singular situation. Set alone in a landscape to which it nevertheless belongs, it suggests humanity’s own isolation in nature, a suggestion that is reinforced by the presence of the solitary shepherd with his flock. Thus in Cozens’ drawing the mood created by the depiction of

natural objects such as trees, rocks and even staffage is ultimately dependent on the overall spatial configuration of the landscape.

By contrast, Hearn’s oak trees are the landscape and are not subservient to some predetermined compositional structure. Unlike Cozens’ grand and generalised silhou­ ette, they are a collection of internal details that are carefully, almost obsessively, delineated. Unlike Cozens’ tree, Hearn’s oaks do not appeal so much to imagination as to sensation. Whereas in Cozens’ landscape the incidental figurative elements (the trees, shepherd, castle, etc.) all emphasise the vastness of the space, in Hearn’s drawing they problematise the space of the landscape. For instance, the placement of the flock of sheep behind the oaks does not indicate how near or far they are from the trees; as a result, the trees alternate between appearing simply large and gigantic. Our eyes travel through the rich interiors of their convoluted and broken forms rather than through an extensive landscape space. The experience of vastness is thus internalised and contained by the oak trees rather than extended over the landscape as in Cozens’ drawing. In Cozens’ watercolour, landscape exists

As if an entrance is over there

As if an entrance is over there is een bundeling van essays, afbeeldingen en decoratieve structuren die zich richten op het begrip landschap...

As if an entrance is over there

As if an entrance is over there is een bundeling van essays, afbeeldingen en decoratieve structuren die zich richten op het begrip landschap...