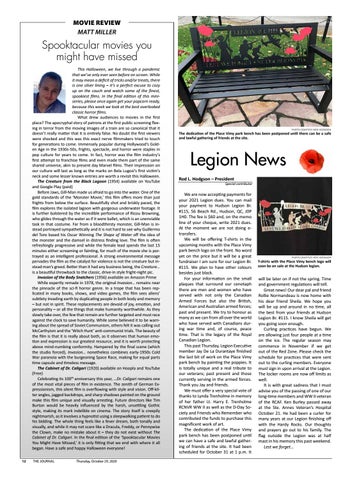 Spooktacular movies you might have missed This Halloween, we live through a pandemic that we’ve only ever seen before on screen. While it may mean a deficit of tricks and/or treats, there is one silver lining – it’s a perfect excuse to cozy up on the couch and watch some of the finest, spookiest films. In the final edition of this miniseries, please once again get your popcorn ready, because this week we look at the best overlooked classic horror films. What drew audiences to movies in the first place? The apocryphal story of patrons at the first public screening fleeing in terror from the moving images of a train are so canonical that it doesn’t really matter that it is entirely false. No doubt the first viewers were shocked and this was this exact nerve filmmakers tried to touch for generations to come. Immensely popular during Hollywood’s Golden Age in the 1930s-50s, frights, spectacle, and horror were staples in pop culture for years to come. In fact, horror was the film industry’s first attempt to franchise films and even made them part of the same shared universe, akin to present day Marvel films. Their impression on our culture will last as long as the marks on Bela Lugosi’s first victim’s neck and some lesser known entries are worth a revisit this Halloween. The Creature from the Black Lagoon (1954) available on YouTube and Google Play (paid) Before Jaws, Gill-Man made us afraid to go into the water. One of the gold standards of the ‘Monster Movie,’ this film offers more than just frights from below the surface. Beautifully shot and briskly paced, the film explores the isolated lagoon with gorgeous underwater footage. It is further bolstered by the incredible performance of Ricou Browning, who glides through the water as if it were ballet, which is an unenviable task in that costume. Far from a bloodthirsty monster, Gill-Man is instead portrayed sympathetically and it is not hard to see why Guillermo del Toro based his Oscar Winning The Shape of Water off the idea of the monster and the damsel in distress finding love. The film is often refreshingly progressive and while the female lead spends the last 15 minutes either screaming or fainting, for much of the movie she is portrayed as an intelligent professional. A strong environmental message pervades the film as the catalyst for violence is not the creature but instead man’s greed. Better than it had any business being, the Creature… is a beautiful throwback to the classic, drive-in style fright-night pic. Invasion of the Body Snatchers (1956) available on Amazon Prime While expertly remade in 1978, the original Invasion… remains near the pinnacle of the sci-fi horror genre. In a trope that has been replicated in many books, shows, and video games, the film sees aliens’ subtlety invading earth by duplicating people in both body and memory – but not in spirit. These replacements are devoid of joy, emotion, and personality – or all the things that make humanity worthwhile. As they slowly take over, the few that remain are further targeted and must race against the clock to save humanity. While some believed it to be warning about the spread of Soviet Communism, others felt it was calling out McCarthyism and the ‘Witch Hunt’ anti-communist trials. The beauty of the film is that it is really about both, as it observes that human emotion and expression is our greatest resource, and it is worth protecting above mind-numbing conformity. Hampered by the final scene (which the studio forced), Invasion… nonetheless combines early-1950s Cold War paranoia with the burgeoning Space Race, making for equal parts time capsule and timeless message. The Cabinet of Dr. Caligari (1920) available on Hoopla and YouTube (Free) Celebrating its 100th anniversary this year, …Dr. Caligari remains one of the most vital pieces of film in existence. The zenith of German Expressionism, this silent film is overflowing with style and vision. Off-kilter angles, jagged backdrops, and sharp shadows painted on the ground make this film unique and visually arresting. Future directors like Tim Burton would be heavily influenced by the harsh, unsettling Gothic style, making its mark indelible on cinema. The story itself is creepily nightmarish, as it involves a hypnotist using a sleepwalking patient to do his bidding. The whole thing feels like a fever dream, both tonally and visually, and while it may not scare like a Dracula, Freddy, or Pennywise the Clown, make no mistake about it – they do not exist without The Cabinet of Dr. Caligari. In the final edition of the ‘Spooktacular Movies You Might Have Missed,’ it is only fitting that we end with where it all began. Have a safe and happy Halloween everyone! 12

The dedication of the Place Vimy park bench has been postponed until there can be a safe and lawful gathering of friends at the site.

We are now accepting payments for your 2021 Legion dues. You can mail your payment to Hudson Legion Br. #115, 56 Beach Rd., Hudson, QC, J0P 1H0. The fee is $60 and, on the memo line of your cheque, write 2021 dues. At the moment we are not doing etransfers. We will be offering T-shirts in the upcoming months with the Place Vimy park bench logo on the front. No word yet on the price but it will be a great fundraiser I am sure for our Legion Br. #115. We plan to have other colours besides just black. For your information on the small plaques that surround our cenotaph there are men and women who have served with not only the Canadian Armed Forces but also the British, American and Australian armed forces; past and present. We try to honour as many as we can from all over the world who have served with Canadians during war time and, of course, peace time. That is the legacy of the Royal Canadian Legion. This past Thursday, Legion Executive member Jay De La Durantaye finished the last bit of work on the Place Vimy park bench by painting the poppies. It is totally unique and a real tribute to our veterans; past present and those currently serving in the armed forces. Thank you Jay and friends. We must offer a very special vote of thanks to Lynda Trenholme in memory of her father Lt. Harry E. Trenholme RCNVR WW II as well as the D-Day Society and Friends who Remember who contributed the funds to purchase this magnificent work of art. The dedication of the Place Vimy park bench has been postponed until we can have a safe and lawful gathering of friends at the site. It had been scheduled for October 31 at 1 p.m. It

T-shirts with the Place Vimy bench logo will soon be on sale at the Hudson legion.

will be later on if not the spring. Time and government regulations will tell. Great news! Our dear pal and friend Rollie Normandeau is now home with his dear friend Sheila. We hope you will be up and around in no time, all the best from your friends at Hudson Legion Br. #115. I know Sheila will get you going soon enough. Curling practices have begun. We are allowing just four people at a time on the ice. The regular season may commence in November if we get out of the Red Zone. Please check the schedule for practices that were sent out to the curling members. Everyone must sign in upon arrival at the Legion. The locker rooms are now off limits as well. It is with great sadness that I must advise you of the passing of one of our long-time members and WW II veteran of the RCAF. Ken Burley passed away at the Ste. Annes Veteran’s Hospital October 21. He had been a curler for many years at our Legion finishing off with the Hardy Rocks. Our thoughts and prayers go out to his family. The flag outside the Legion was at half mast in his memory this past weekend. Lest we forget… 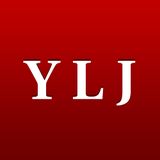 More from Your Local Journal