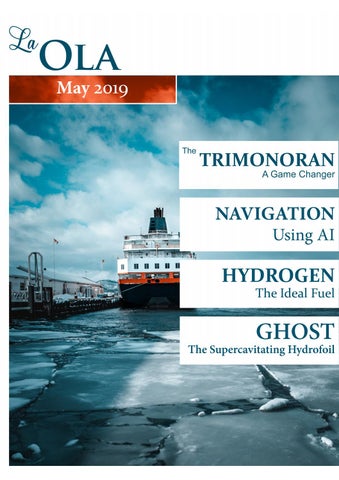 as well as narrow waterways, larger ships in particular have trouble due to lack of extra space to manoeuvre. Navigation in these areas relies heavily on the crew’s judgment to assess how to safely traverse. This leaves the window open for human error and collisions that could have been avoided.” He adds that crew can be overloaded with data from traditional sensors and can delay important decisions. Orca AI streamlines all the data and makes it more actionable.

Orca AI is already onboard ships belonging to Ray Carriers, one of the earliest investors of Orca. It integrates with systems already on board, adding additional sensors such as thermal and low-light cameras which feed information into an AI-powered

n the olden days, navigation was done only using a compass, a crude map, and a wealth of experience. However, nowadays there are a number of navigation and positioning equipment at our disposal including satellites, advanced sensors as well as current and past data of the environment. Although all these technological advancements have made it easier and safer to navigate the seas, still nearly 3000 marine collisions occur annually. Almost 90% of these collisions occur in crowded waterways where even the slightest human error can lead to significant economic damage and harm to personnel. An estimated annual cost of 20 billion dollars is spent on repairs, repurposing and restoration due to marine accidents. A new AI based technology, Orca AI is making a name for itself in the marine industry by providing better and more efficient navigation and alert systems using it in-house developed AI. There are a number of dangers that ships and crews face over the course of a voyage,” explains Yarden Gross, CEO and co-founder of Orca AI, “but many of the issues primarily come down to the limitations of existing systems when navigating crowded waterways and in low-visibility conditions.” “In crowded,

An estimated 75% of the 15,000 marine liability insurance industry claims last year were the result of human error. In highly crowded areas, for example near ports, crew need to keep track of all ships around them. Current technologies such as radar are not very efficient in keeping track of multiple vessels and hence the industry needs more advanced tech to reduce human error in these situations.

“We designed Orca AI to minimise the potential for human error in tasks that require the crew to rely on their judgment. It doesn’t eliminate the need for experienced crews, it reduces the odds that they will make a mistake.” navigation system. Together, they provide longrange visibility in any lighting or weather condition, something Gross says traditional systems such as radar alone cannot do. Using deep learning and analysing data from all sensors onboard as well as data acquired, Orca AI also provides “life-saving alerts”.

The true effectiveness of these advancements can only be seen in the future, however even if there is one accident prevented, then that is a number of lives saved and security of the cargo, but the integration of modern technology and existing infrastructure is a step in the right direction.

Orca AI is a huge step forward in the automation of ships. Autonomy in the marine sector will reduce accidents and other damages due to human error.

Sensing the infinite potential of hydrogen, there is no reason why almost the entire maritime industry cannot be hydrogen-powered in the future

he rapid & ever increasing consumption of fuel and energy sources is known to everyone. In the context of the maritime field, with over 90% of the world’s trade being carried by sea, the issue seems to be quite crucial. With thousands of cargo vessels, container vessels & oil tankers going across the globe each day, the problem of pollution is unavoidable. Iceland New Energy’s Hjalti Pall Ingolfsson has commented that ships are fast becoming the biggest source of air pollution in the European Union and it is estimated that by 2020 sulphur dioxide and nitrogen dioxide emissions from ships will exceed land-based emissions in Europe. Thus, the maritime industry must pick the right method to meet its decarbonisation targets, specifically, keeping in mind the International Maritime Organization’s (IMO) climate strategy to reduce the total greenhouse gas emissions by at least 50% by 2050. Henceforth, immediate ingenious solutions to cut down emissions need to be taken into consideration. The vital factor in making a giant leap toward a less polluted future is the use of zero-emission fuels. Hydrogen has the best potential to be the ideal fuel of the future. While batteries and nuclear energy are available, batteries are feasible for smaller crafts and nuclear energy is more suited for larger vessels like submarines. The by-product of hydrogen usage (as a fuel) being only water is one of the major plus points to encourage its role. Apart from this, it can prove extremely essential in the reduction of CO2 emissions, and in the elimination of sulphur and heavy metals from maritime activities. Hydrogen can also be utilised in supplying auxiliary power and for turbine propulsion. With the use of fuel cells, its generation is easy enough. The means of hydrogen production are- direct combustion in an engine to drive the propellers directly, combustion to power a steam turbine and the use of a fuel cell - all already successfully tested. During recent years, some projects have been

undertaken to explore hydrogen in the passenger shipping industry, particularly ferries. Ship owner Viking Cruises has unveiled plans for a liquid hydrogen-fuelled cruise ship and Ferguson Marine has announced its plans on developing the world’s first renewable-powered hydrogen ferry – HySeas III. The reason ferries were chosen for hydrogen trials is because they travel to the same ports over and over and this would allow them to load hydrogen when they dock. For larger vessels, the suitable solution seems to be a steam turbine for propulsion, a large-scale hydrogen engine and a fuel cell for auxiliary power. Challenges related to storage and supply are the key drawbacks since hydrogen has to be kept at -253 degrees to prevent it from evaporating. Keeping hydrogen in liquid form through cooling and pressurization is challenging and also expensive-the cooling itself using 18% of the available fuel. To eliminate the storage problem, a new method to produce hydrogen has been evolved – it is generated directly from seawater as needed and then extracted at room temperature, without applying pressure (WWknown as Hydrogen 2.0). Thus, there is no need for shore-based infrastructure as the hydrogen is generated onboard. This low-cost source of hydrogen with no storage requirement is expected to make a large impact. First license agreement for Hydrogen 2.0 production technology with Marine Max (world’s largest boat and yacht retailer) has already been signed. Boats and vessels are just starters, there are a variety of other applications―from offshore electrical and clean water generation to improving and decarbonizing power for fish farms. Sensing the infinite potential of hydrogen, there is no reason why almost the entire maritime industry cannot be hydrogen-powered in the future. Reference-www.worldmaritimenews.com 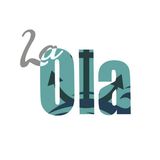