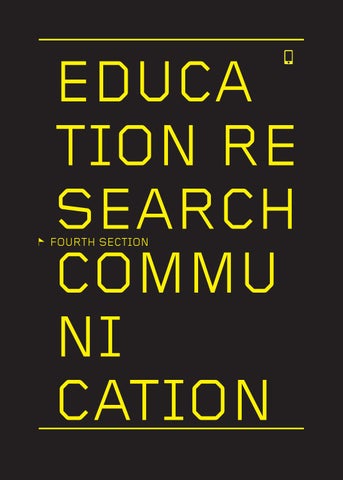 1. With this text I wish to propose and defend the idea that remapping Madrid is a real necessity. Hence when working on the city, that attitude was at the forefront in both our research project and initiatives within other spheres. Cartography builds a city bringing it to reality; making us see it; making us recognize it. Before cartography the city was not the same. With every new map the city is transformed and superposed over all previous versions. It is actually the same city, but our vision and opinion of it is conditioned by each and every new approximation. All cartographies are real; all of them true. None of them are hierarchically above the others. Nor is any more certain than another. Mapping produces a new image of the city, within a scale, of seemingly non-graphic data. Assimilations between

Cartography builds a city bringing it to reality; making us see it; making us recognize it. 108

organisms and apparently non-comparable schemes are produced when seeking a system of representation that differs from the usual ones and is oblivious to them, but plausible, since it is used in other scientific systems. Whereupon, true approaches arise though never before executed. Until now we have used an economic cartography with which to work on the city. Land ownership plans transformed into urban regulation plans. Therefore, we have only been able to understand the city from the housing market point of view. For at least when we have operated on it, the economic component has had primacy over other aspects; cultural, social, public, mobility, etc. The basic idea is thus: remapping Madrid is a necessity at least in order to get involved with it again. Each intervention should reinvent the city in order to establish enough distance with it, so that we can operate accordingly with freedom. 2. Madrid has a clear vertical organization, both physically and socially. In opposition to the east-west axis that has supported 109

the idea of extension, the north-south axis has been characterized by specialization and fragmentation. Surely this asymmetry is unusual in cities with a centrifugal growing pattern, as they remain homogeneous within concentric rings. In the physical sphere we can underline the vertical gradient: mountains, water deposits and energy production in the very northern area. Whereas long horizontal fields and water purification systems

are found to the south. The city suffers from this directionality. Socially the city has also grown under that vertical parameter: the â&amp;#x20AC;&amp;#x153;ensancheâ&amp;#x20AC;? (development areas) opposed to workersâ&amp;#x20AC;&amp;#x2122; neighborhoods. The rings from the last part of the 20th century have attempted to minimize that specialization, and urban planning has not really concretized it.

On the other hand, it has been a city that has built itself, over the last century, without a leading voice deciding a clear model. It may have been Bidagor [1] during the Fifties and Mangada [2] during the Sixties, however since then the city has autoreplicated itself. It has lain abandoned to the wild capitalism of multinational companies, where land value was dictated by possibilities over necessities. Nevertheless, that non-system has claim for its survival and growth. 3. I am going to briefly show an intervention on Madrid promoted by my architectural office research group, which essentially proposes courses of action for Madridâ&amp;#x20AC;&amp;#x2122;s centre, in the context of the Gran Via. In spite of inventing projects based on imagination or, worse, on too dense a historical urban analysis, complex sociological models or morphological interpretations, we decided to act differently: we spent two weeks wandering through all the streets (I emphasize, all the streets), extracting data, drawing the conditions, and letting what is daily and nearby dictate the projects. From those routes, as well as from mapping and cartographying that data in plans, three lines of action were developed and proposed to Madrid City Council. What I wish to emphasize here are some of the cartographies that were generated, and to that effect I will indicate the main parameters that were studied and mapped, though some may seem awkward or incidental: people flows (distinguishing between the elderly, children, tourists, homeless people and animals), wrongly placed vehicles (both in number and position), commercial activities, offices, vices and leisure, trendy places and typologies, and the same for food (international and national restaurants, daily menu prices), inventories of squares (with descriptions of their materials and percentages), numbers of street benches, childrenâ&amp;#x20AC;&amp;#x2122;s playgrounds, lists and the position of housing rental signs, flags and protest posters, and conclusively an intensely architectonic cartography. 112

By collating all those cartographies the three proposed lines of action raised: an integration axis (from Cuatro Caminos to Embajadores), from which the strecth between Alonso Martinez and Lapavies was developed (its character is labeled by programs and people); secondly, a green arc that would connect Parque del Oeste with Retiro, with a mainly naturalistic attribute; and finally, a second but vertical Gran Via, with a connecting character.

[1] (Editorsâ&amp;#x20AC;&amp;#x2122; note): Pedro Bidagor Lasarte (1906-1996) was a Spanish urbanist. He developed the Plan General de OrdenaciĂłn de Madrid (General Urban Plan of Madrid) that was approved in 1946. Structured into twelve sections, it addressed all the major issues affecting the city: the symbolic value of the capital for the new regime, the interventions in the centre, the expansion of the city, the industry, and the absorption of the municipalities near Madrid which would become satellite towns, promoting the cellular growth of the city. [2] (Editorsâ&amp;#x20AC;&amp;#x2122; note): Eduardo Mangada Samain (1932) is a Spanish architect and politician: he has served as an advisor on urbanism and territorial policy for the city of Madrid. He was responsible for the General Urban Plan of Madrid of 1985. The Mangada Plan was not a plan for growth but to transform the city through acupuncture techniques: the main objectives were the preservation of the urban core from decay, the development of subsidized housing programs occupying the existing interstices in the city, and the redefinition of urban access by emphasizing public and limiting private transportation.

Book Excerpt 'The Kent State Forum on the City: MADRID. Text by Federico Soriano Pelaez —With this text I wish to propose and defend the idea that remapping Madrid is a real necessity. Hence when working on the city, that attitude was at the forefront in both our research project and initiatives within other spheres. Cartography builds a city bringing it to reality; making us see it; making us recognize it. Before cartography the city was not the same. With every new map the city is transformed and superposed over all previous versions. 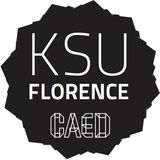