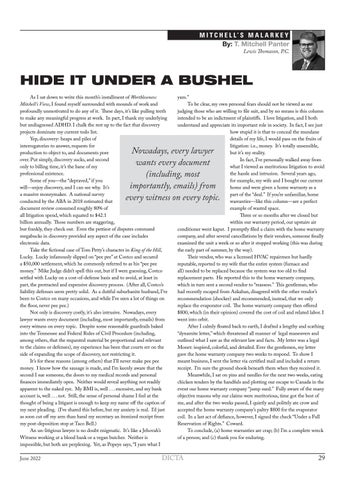 HIDE IT UNDER A BUSHEL As I sat down to write this month’s installment of Worthlessness: Mitchell’s View, I found myself surrounded with mounds of work and profoundly unmotivated to do any of it. These days, it’s like pulling teeth to make any meaningful progress at work. In part, I thank my underlying but undiagnosed ADHD. I chalk the rest up to the fact that discovery projects dominate my current todo list. Yep, discovery: heaps and piles of interrogatories to answer, requests for production to object to, and documents pore over. Put simply, discovery sucks, and second only to billing time, it’s the bane of my professional existence. Some of you—the “depraved,” if you will—enjoy discovery, and I can see why. It’s a massive moneymaker. A national survey conducted by the ABA in 2018 estimated that document review consumed roughly 80% of all litigation spend, which equated to $42.1 billion annually. Those numbers are staggering, but frankly, they check out. Even the pettiest of disputes command megabucks in discovery provided any aspect of the case includes electronic data. Take the fictional case of Tom Petty’s character in King of the Hill, Lucky. Lucky infamously slipped on “pee pee” at Costco and secured a $50,000 settlement, which he commonly referred to as his “pee pee money.” Mike Judge didn’t spell this out, but if I were guessing, Costco settled with Lucky on a cost-of-defense basis and to avoid, at least in part, the protracted and expensive discovery process. (After all, Costco’s liability defenses seem pretty solid. As a dutiful suburbanite husband, I’ve been to Costco on many occasions, and while I’ve seen a lot of things on the floor, never pee pee.) Not only is discovery costly, it’s also intrusive. Nowadays, every lawyer wants every document (including, most importantly, emails) from every witness on every topic. Despite some reasonable guardrails baked into the Tennessee and Federal Rules of Civil Procedure (including, among others, that the requested material be proportional and relevant to the claims or defenses), my experience has been that courts err on the side of expanding the scope of discovery, not restricting it. It’s for these reasons (among others) that I’ll never make pee pee money. I know how the sausage is made, and I’m keenly aware that the second I sue someone, the doors to my medical records and personal finances immediately open. Neither would reveal anything not readily apparent to the naked eye. My BMI is, well . . . excessive, and my bank account is, well . . . not. Still, the sense of personal shame I feel at the thought of being a litigant is enough to keep my name off the caption of my next pleading. (I’ve shared this before, but my anxiety is real. I’d just as soon cut off my arm than hand my secretary an itemized receipt from my post-deposition stop at Taco Bell.) An un-litigious lawyer is no doubt enigmatic. It’s like a Jehovah’s Witness working at a blood bank or a vegan butcher. Neither is impossible, but both are perplexing. Yet, as Popeye says, “I yam what I June 2022

yam.” To be clear, my own personal fears should not be viewed as me judging those who are willing to file suit, and by no means is this column intended to be an indictment of plaintiffs. I love litigation, and I both understand and appreciate its important role in society. In fact, I see just how stupid it is that to conceal the mundane details of my life, I would pass on the fruits of litigation: i.e., money. It’s totally unsensible, but it’s my reality. In fact, I’ve personally walked away from what I viewed as meritorious litigation to avoid the hassle and intrusion. Several years ago, for example, my wife and I bought our current home and were given a home warranty as a part of the “deal.” If you’re unfamiliar, home warranties—like this column—are a perfect example of wasted space. Three or so months after we closed but within our warranty period, our upstairs air conditioner went kaput. I promptly filed a claim with the home warranty company, and after several cancellations by their vendors, someone finally examined the unit a week or so after it stopped working (this was during the early part of summer, by the way). Their vendor, who was a licensed HVAC repairmen but hardly reputable, reported to my wife that the entire system (furnace and all) needed to be replaced because the system was too old to find replacement parts. He reported this to the home warranty company, which in turn sent a second vendor to “reassess.” This gentleman, who had recently escaped from Azkaban, disagreed with the other vendor’s recommendation (shocker) and recommended, instead, that we only replace the evaporator coil. The home warranty company then offered $800, which (in their opinion) covered the cost of coil and related labor. I went into orbit. After I calmly floated back to earth, I drafted a lengthy and scathing “dynamite letter,” which threatened all manner of legal maneuvers and outlined what I saw as the relevant law and facts. My letter was a legal Monet: inspired, colorful, and detailed. Ever the gentlemen, my letter gave the home warranty company two weeks to respond. To show I meant business, I sent the letter via certified mail and included a return receipt. I’m sure the ground shook beneath them when they received it. Meanwhile, I sat on pins and needles for the next two weeks, eating chicken tenders by the handfuls and plotting our escape to Canada in the event our home warranty company “jump sued.” Fully aware of the many objective reasons why our claims were meritorious, time got the best of me, and after the two weeks passed, I quietly and politely ate crow and accepted the home warranty company’s paltry $800 for the evaporator coil. In a last act of defiance, however, I signed the check “Under a Full Reservation of Rights.” Coward. To conclude, (a) home warranties are crap; (b) I’m a complete wreck of a person; and (c) thank you for enduring. 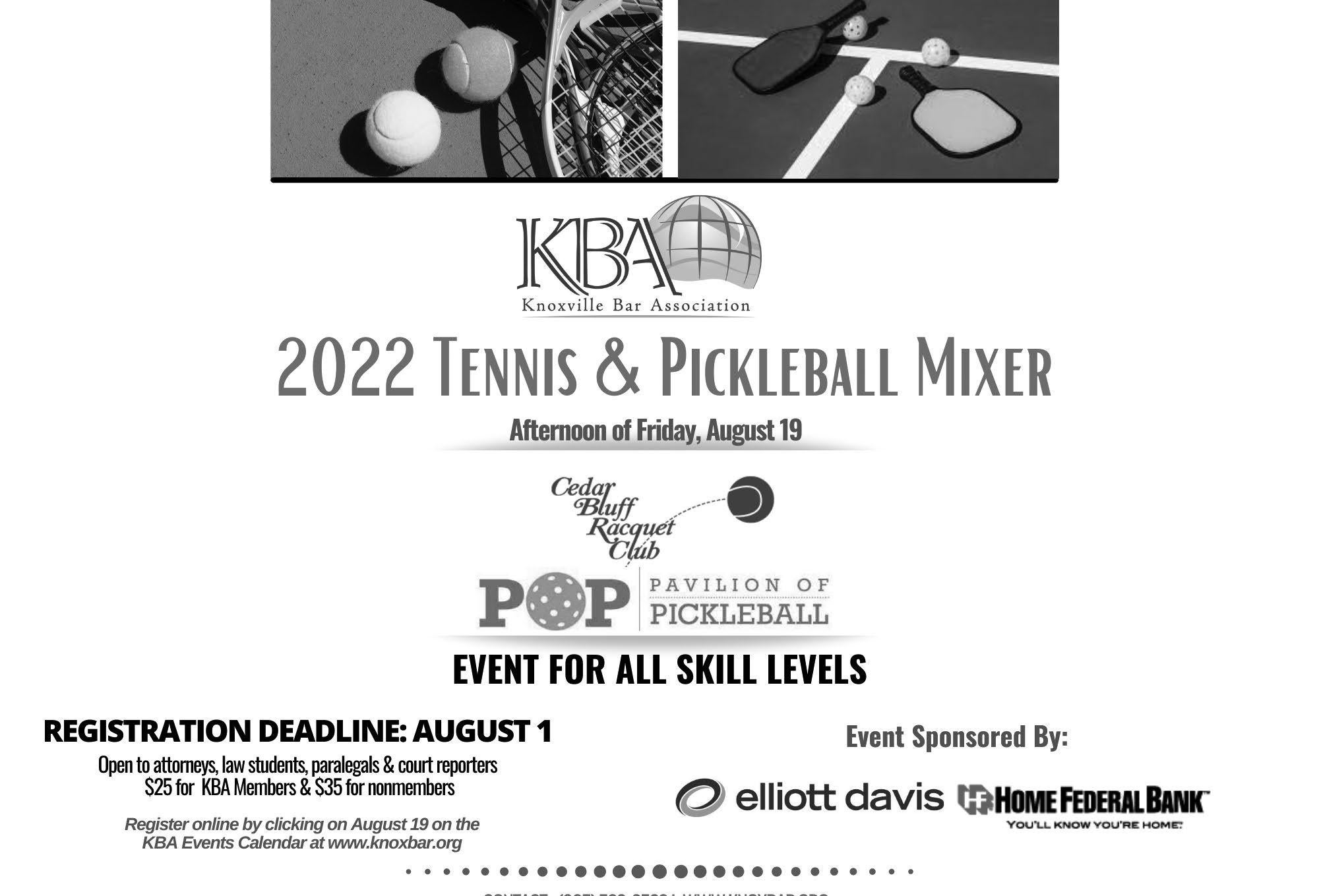 What I Learned About Inclusion and Why It Matters

And This is Why Belonging Matters 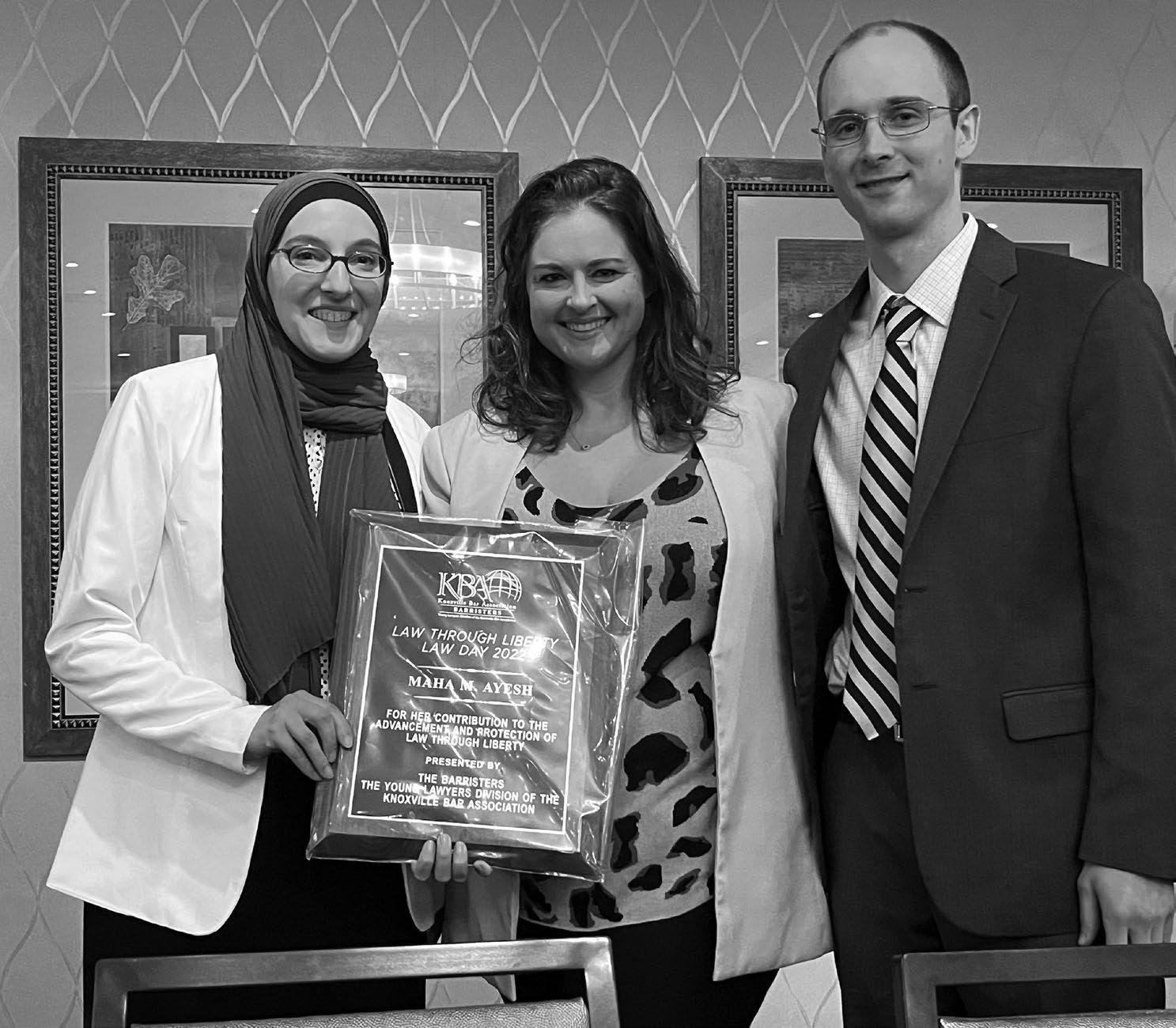 2022 Recipient of the Law & Liberty Award

KBA Members Take Action to Further Diversity in the Bar 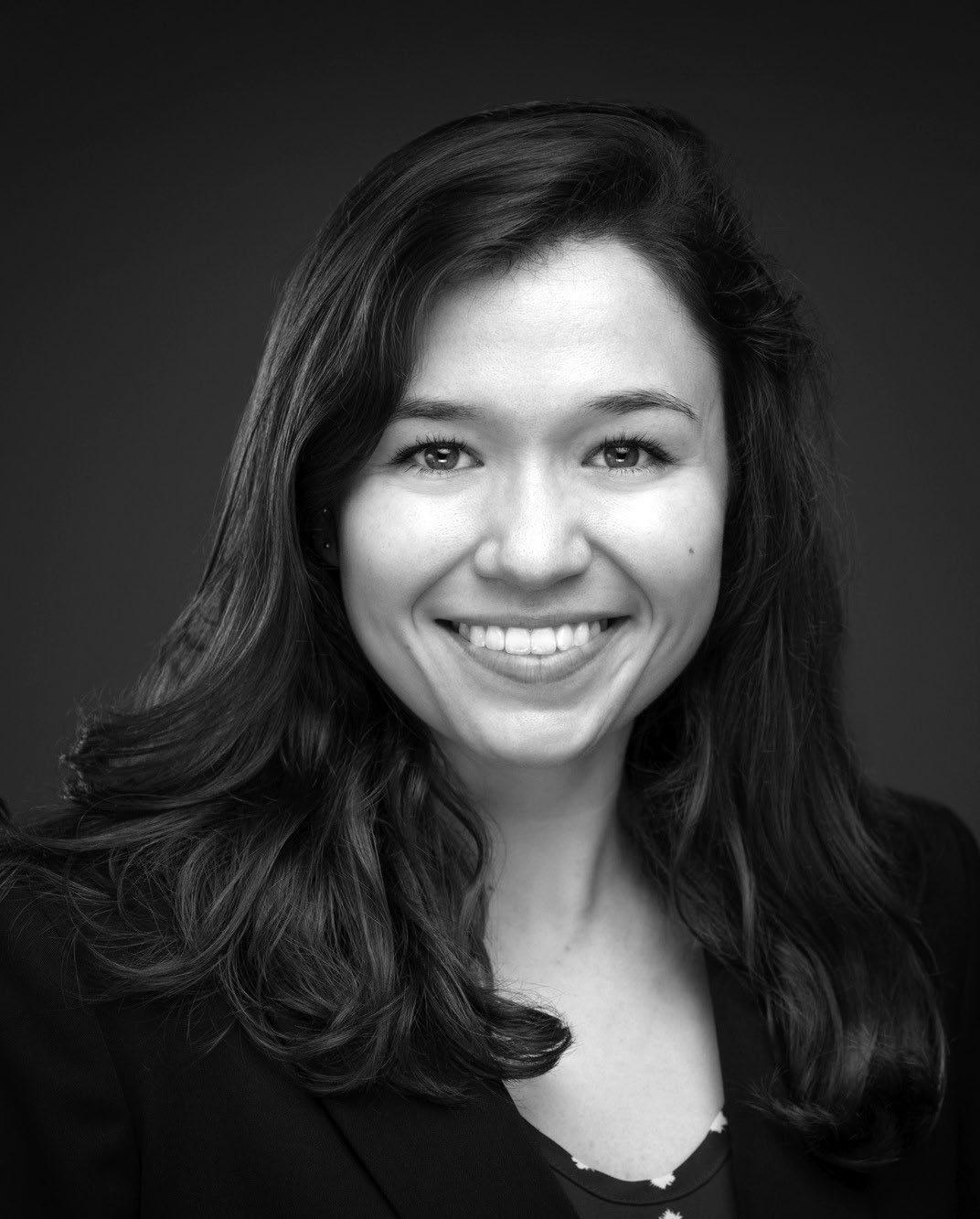 Hello My Name Is 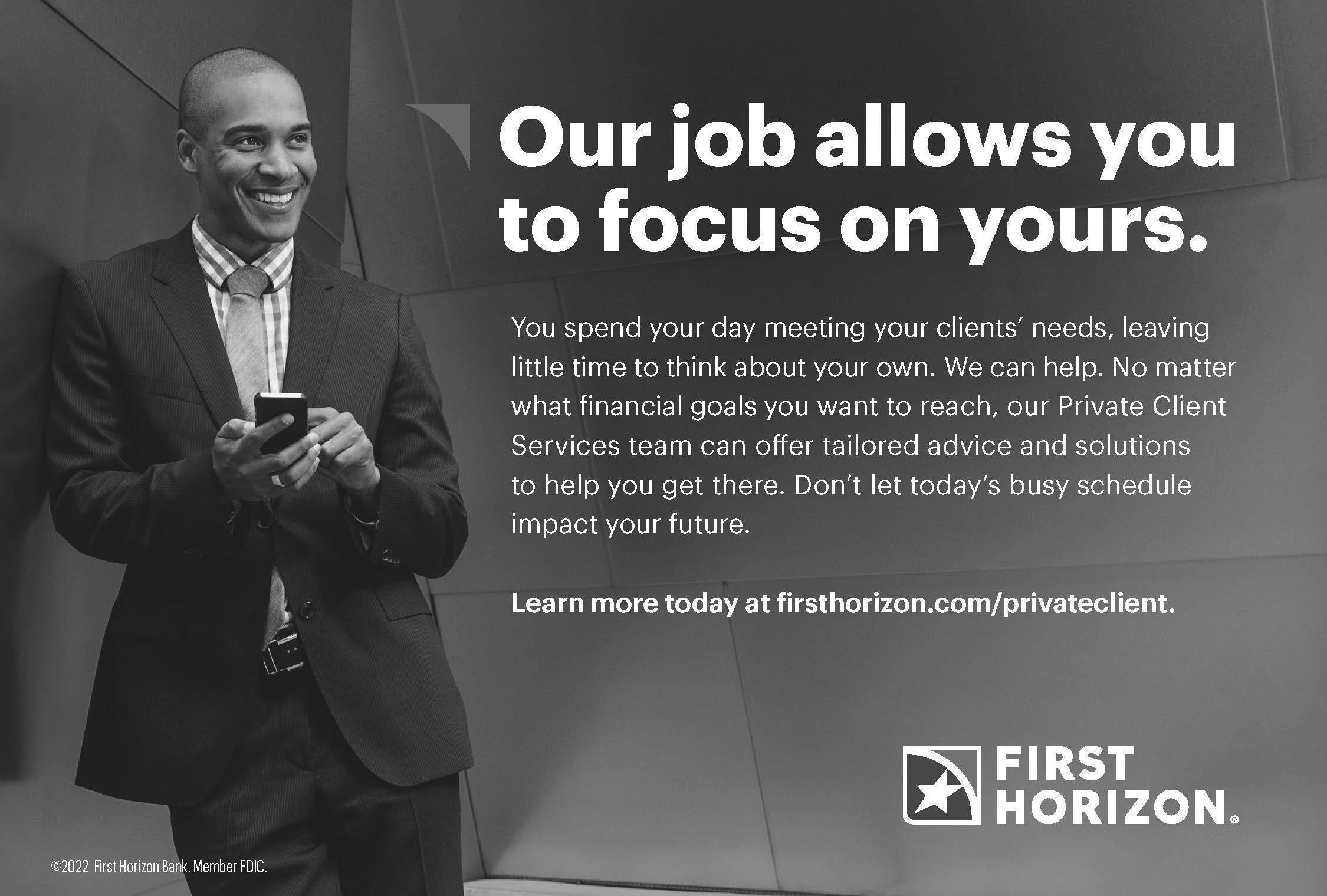 Let Them Eat Cake…or Should You? 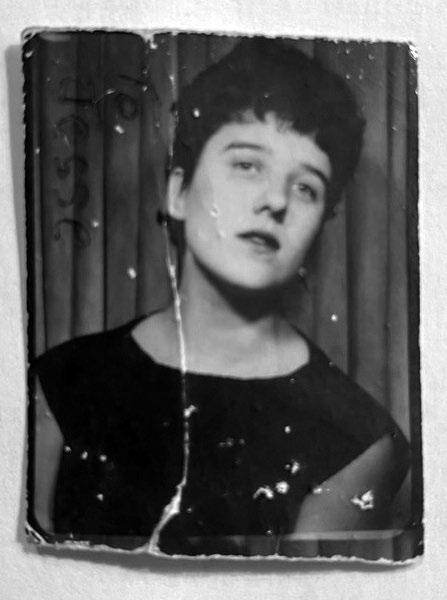 Outside My Office Window 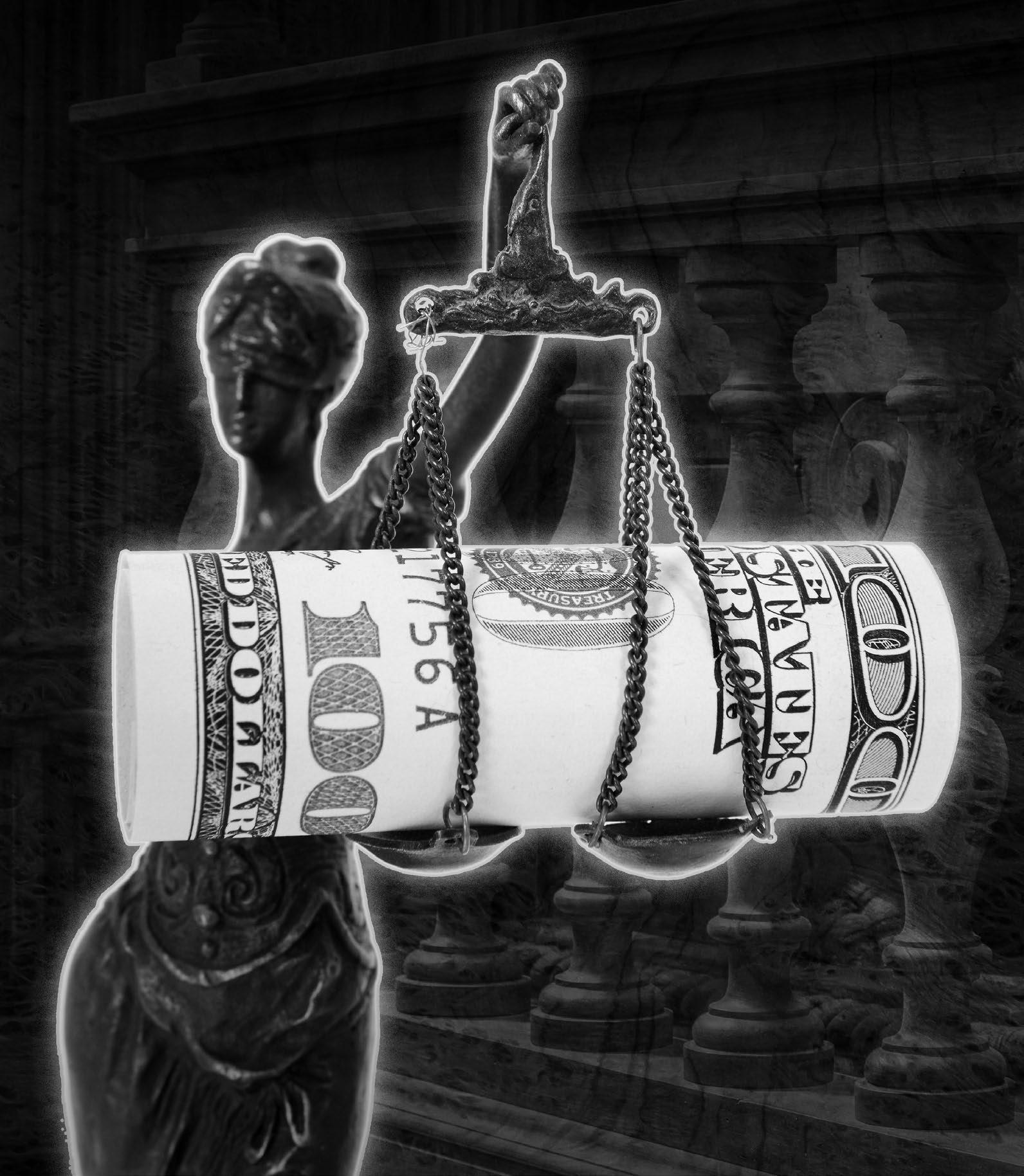 Does it Hurt to Ask?

How to Thrive in Law and Life

How to Rest Well

Redefining the Unauthorized Practice of Law 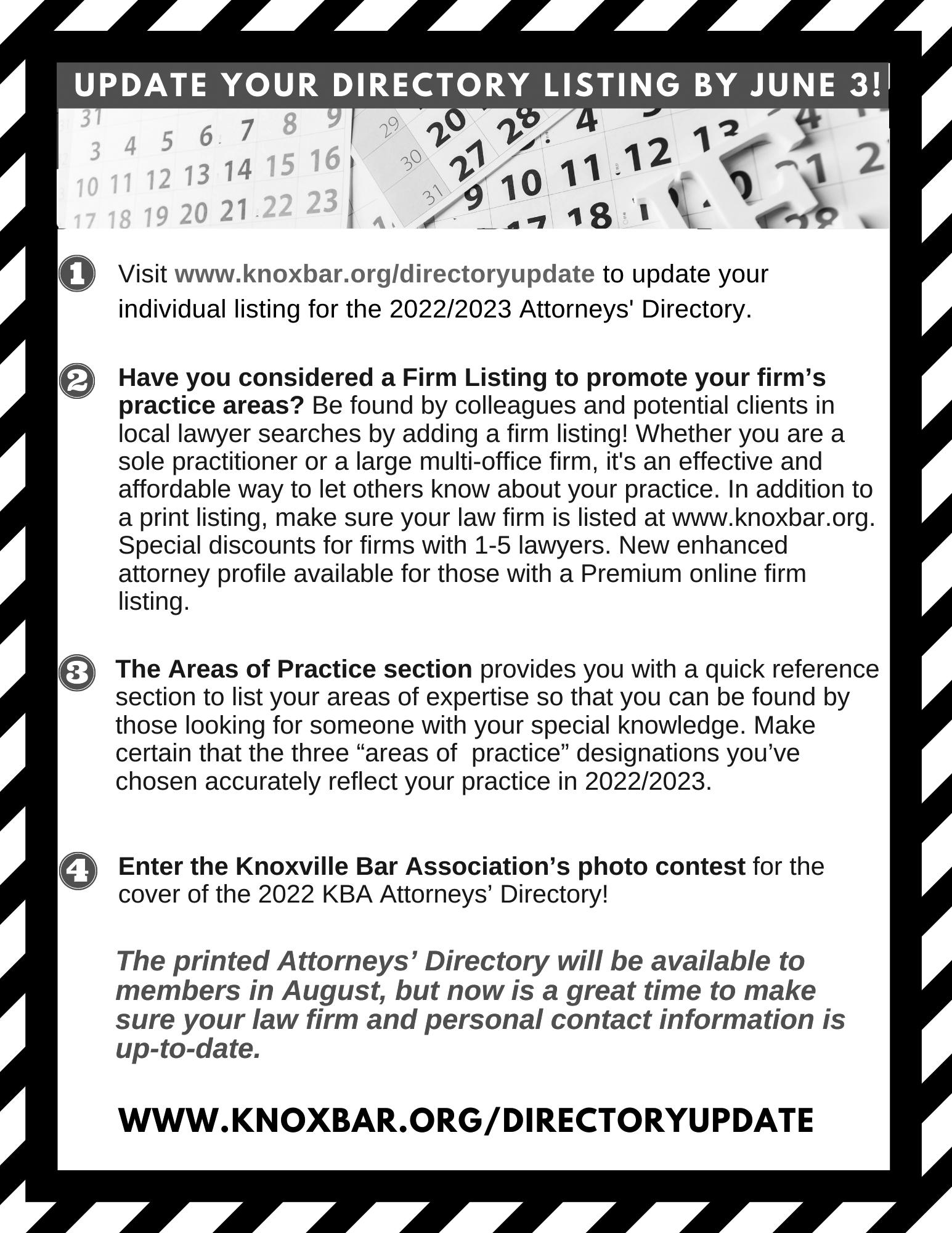 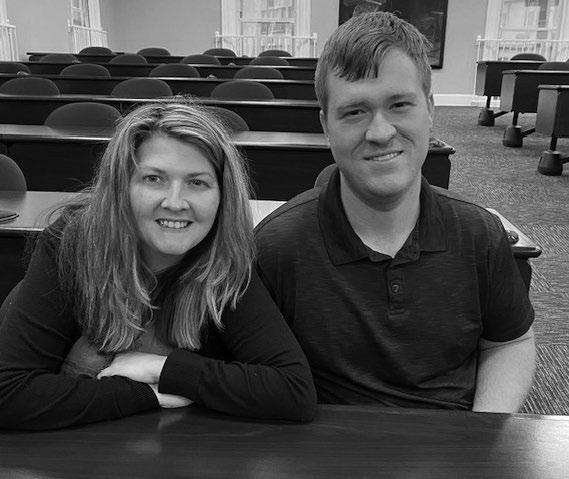 Welcoming Them to the Table 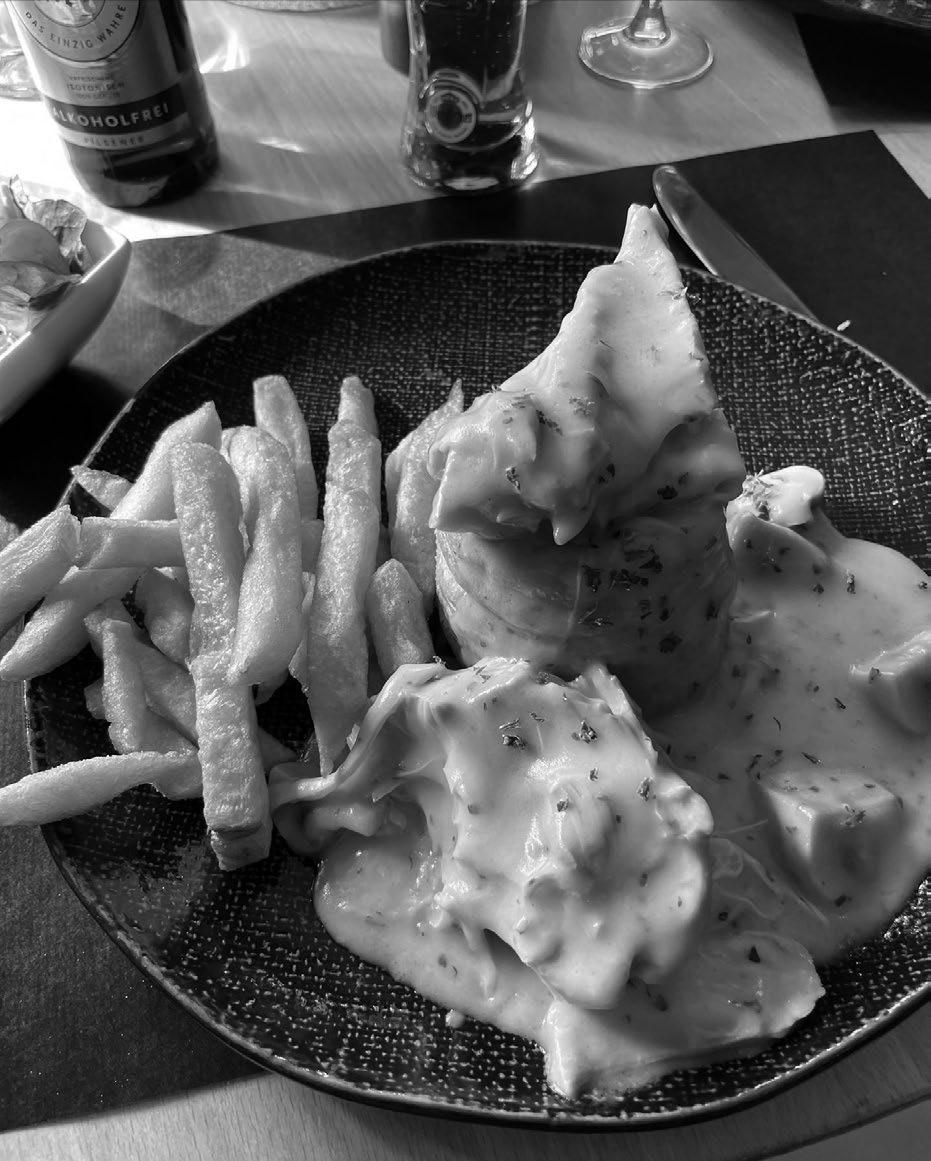 A Dish that Starts with Vol Has to Be Good 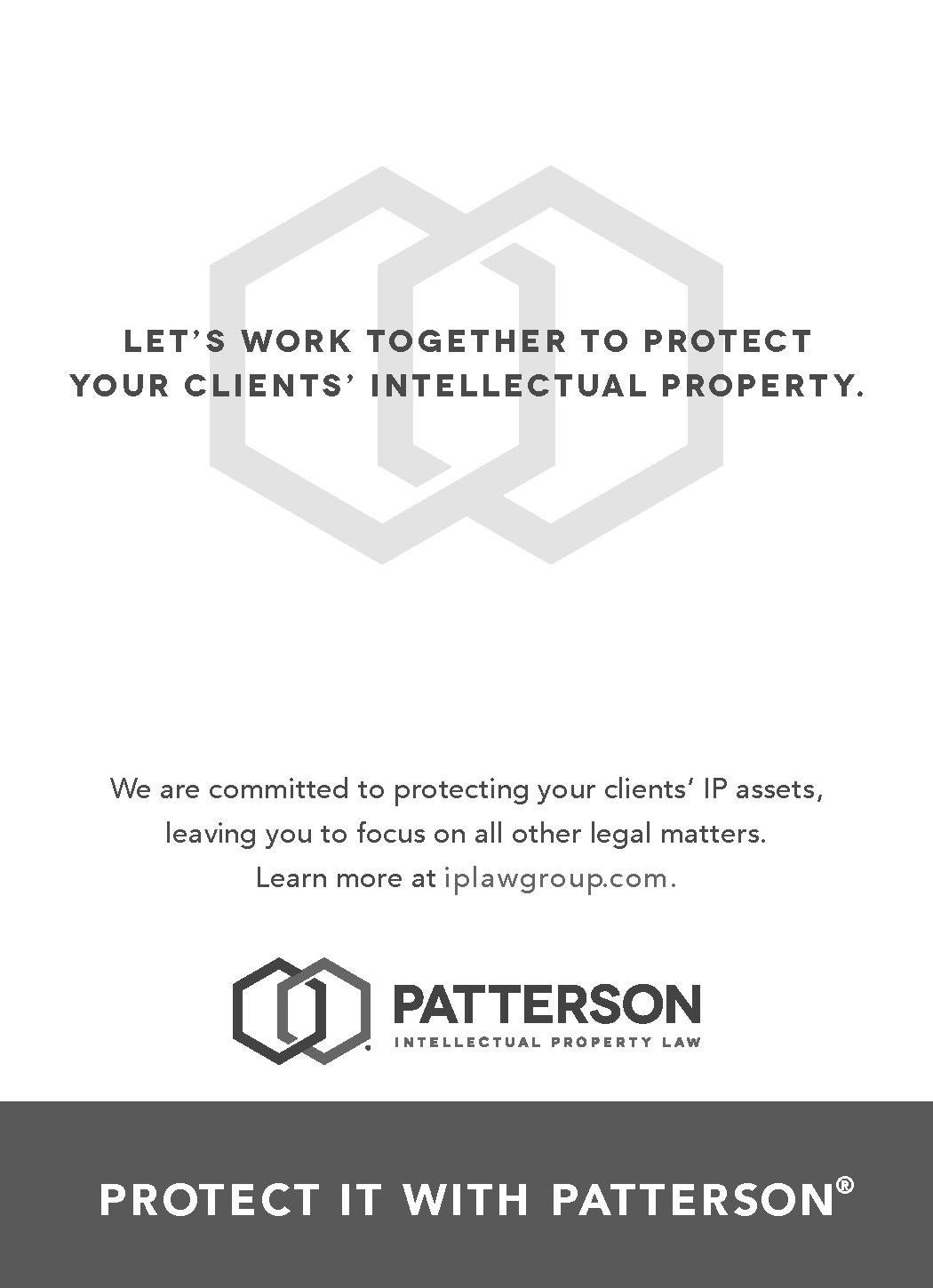 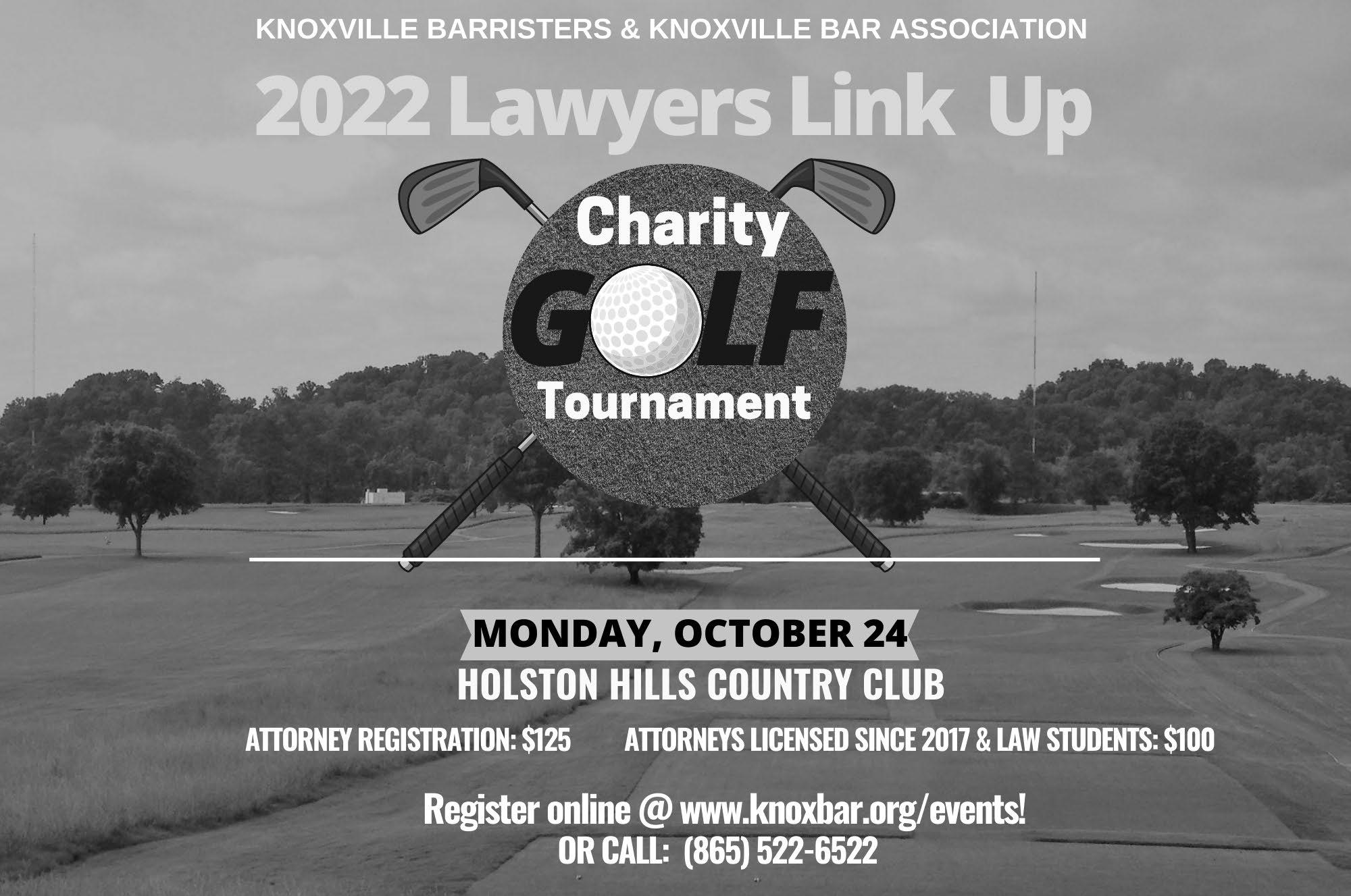 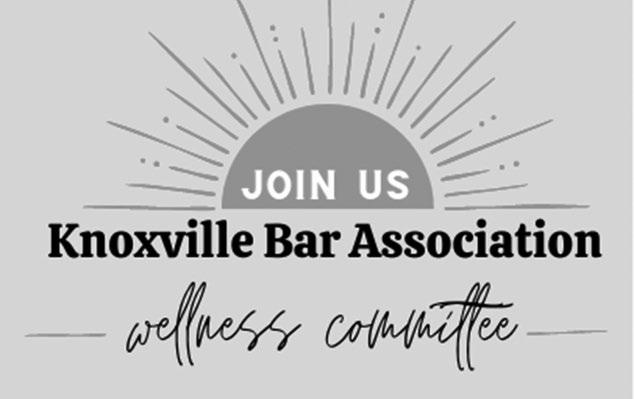 Bench & Bar in the News

Hide It Under A Bushel 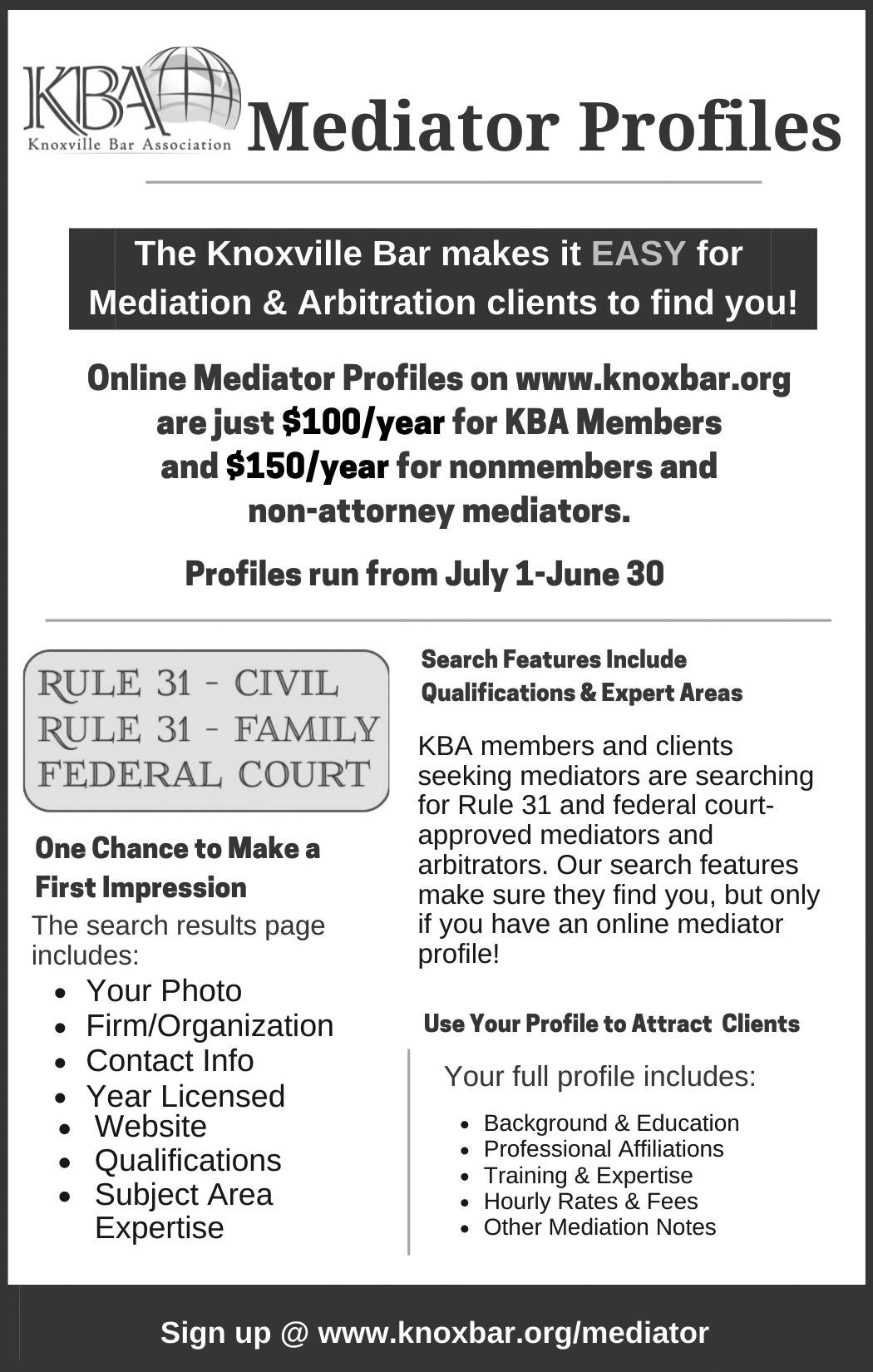 Tell Me A Story

Parental Questions Can Serve as a Compass