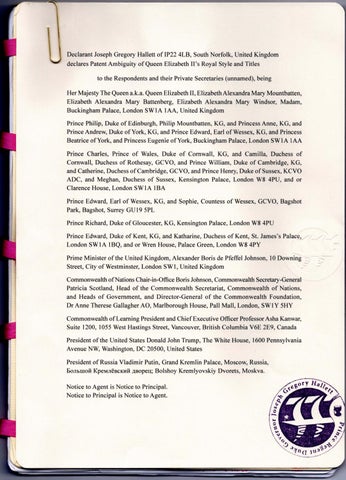 This Affidavit proves and declares Elizabeth II has never been Queen. Queen Elizabeth II’s Royal Style and Titles, Proclamation, The London Gazette Supplements, Coronation Oath, Titles and Honours, and Stationery Office are a patently ambiguous subversive conspiracy of schemed intrigues, machinations and fraud, to falsely take the Throne and Crown of the United Kingdom of Great Britain and Ireland. 2 June 1953 was not called Elizabeth’s Coronation, because it was the Coronation of Silent Weapons for Quiet Wars.