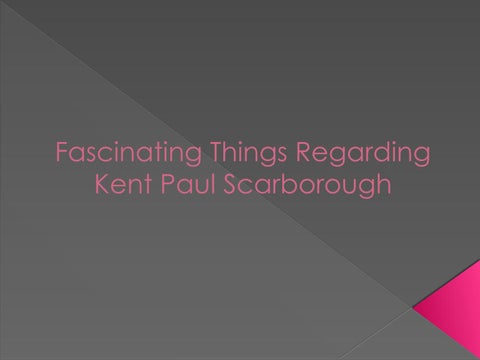 Personal Overview Kent Paul ScarboroughÂ has worked as a senior CEO in different positions throughout his professional career. He is a leader that has track record of creating success out of scratch. Interestingly, he loves to create businesses and see them grow rather than come on board what has already been built. He knows how to identify problems facing a business and then matching them with effective solutions. He is both a hard and smart worker with an amazing entrepreneurial spirit who has built start-ups that started off small and ended up becoming big and respected organizations. He is a creative and strategic thinker with great problem solving-skills. If there is anything that makes him shine in whatever he does, it his passion for what he does.

He is an excellent worker who is always passionate and persistent at doing what he believes is right. He is a dynamic and energetic leader with an outstanding conceptual thinking capacity skillset. This is what makes him such an outstanding leader.

Professional Portfolio Board member and volunteer â&#x20AC;&#x201D; Wounded Heroes Org Charity Brisbane, Queensland (2014â&#x20AC;&#x201C;2015) Kent Scarborough has an impressive professional profile because he has served in various positions in the different organizations he has worked in. He was voted to become a board member at the Wounded Heroes Organization Charity Brisbane. This is a charity organization based in Brisbane that is focused on helping wounded military service members. He served in the organization as a volunteer by helping wounded soldiers suffering from physical disabilities.

His roles included; assisting with referrals to chaplains for human to human communication. Offering advice and enhancing referrals. He also offered nonpayable cash loans as well as donations to the suffering soldierâ&#x20AC;&#x2122;s spouses and children. He was also involved in carrying out refurbishment and renovation of affected soldierâ&#x20AC;&#x2122;s dwellings. This helped to make the wounded soldiers find their dwellings comfortable and hospitable.

Solar Manager AAA Trade Power Solar â&#x20AC;&#x201D; Sydney, New South Wales (2010â&#x20AC;&#x201C; 2011) Kent Paul Scarborough worked as the executive manager for the AAA Trade Power, a solar power company based in Sydney, New South Wales. He was manning a small team that was involved with the selling and installation of domestic solar systems in and around the city of Sydney. The company also made and imported solar panels as well as power inverters that they sold directly to their customers.

Insulation Owner Manager AAA Trade Power â&#x20AC;&#x201D; Sydney, New South Wales (2009â&#x20AC;&#x201C;2011) Kent Paul Scarborough also served in the AAA Trade Power company as the insulation manager and he was in-charge a team of 150 people. Under the leadership of Kent Paul Scarborough, the team sold and installed ceiling insulation within the city of Sydney and its environs. AAA Trade Power Solar Company also manufactured or imported ceiling insulation valued at over $1000, 000. This amount exceeded the standard threshold set forth by the Australian government and this led to the government to approve the company to supply insulation and ceiling equipment for their customers.

The other professional experiences of Kent Scarborough: 

Gourment Wine Vac Inc — Los Angeles, California — He served in this company based in the US as the Vice President between 1990 and 1991.

THANK YOU FOR WATCHING 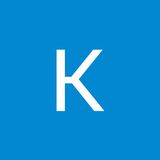 Kent Paul Scarborough has worked as a senior CEO in different positions throughout his professional career. He is a leader that has track re...

Kent Paul Scarborough has worked as a senior CEO in different positions throughout his professional career. He is a leader that has track re...