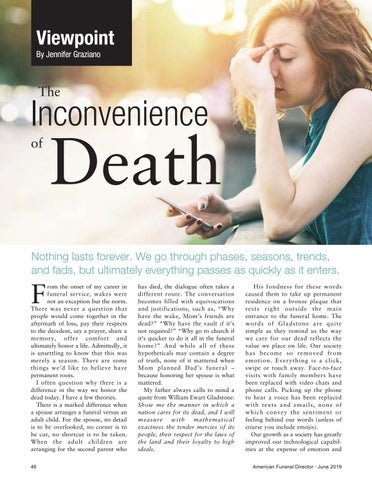 Nothing lasts forever. We go through phases, seasons, trends, and fads, but ultimately everything passes as quickly as it enters.

rom the onset of my career in funeral service, wakes were not an exception but the norm. There was never a question that people would come together in the aftermath of loss, pay their respects to the decedent, say a prayer, share a memory, offer comfort and ultimately honor a life. Admittedly, it is unsettling to know that this was merely a season. There are some things we’d like to believe have permanent roots. I often question why there is a difference in the way we honor the dead today. I have a few theories. There is a marked difference when a spouse arranges a funeral versus an adult child. For the spouse, no detail is to be overlooked, no corner is to be cut, no shortcut is to be taken. When the adult children are arranging for the second parent who 46

has died, the dialogue often takes a different route. The conversation becomes filled with equivocations and justifications, such as, “Why have the wake, Mom’s friends are dead?” “Why have the vault if it’s not required?” “Why go to church if it’s quicker to do it all in the funeral home?” And while all of these hypotheticals may contain a degree of truth, none of it mattered when Mom planned Dad’s funeral – because honoring her spouse is what mattered. My father always calls to mind a quote from William Ewart Gladstone: Show me the manner in which a nation cares for its dead, and I will measure with mathematical exactness the tender mercies of its people, their respect for the laws of the land and their loyalty to high ideals.

His fondness for these words caused them to take up permanent residence on a bronze plaque that rests right outside the main entrance to the funeral home. The words of Gladstone are quite simple as they remind us the way we care for our dead reflects the value we place on life. Our society has become so removed from emotion. Everything is a click, swipe or touch away. Face-to-face visits with family members have been replaced with video chats and phone calls. Picking up the phone to hear a voice has been replaced with texts and emails, none of which convey the sentiment or feeling behind our words (unless of course you include emojis). Our growth as a society has greatly improved our technological capabilities at the expense of emotion and American Funeral Director • June 2019

In the June issue, you’ll learn about how the opioid crisis is affecting the death-care industry, the steps to take to generate positive online reviews (and yes, they are important), the guidelines for deciding whether someone is an independent contractor or an employee, how properly answering a call can make the difference for a business, and the positive impact millennials are having on funeral service. 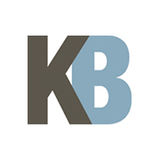 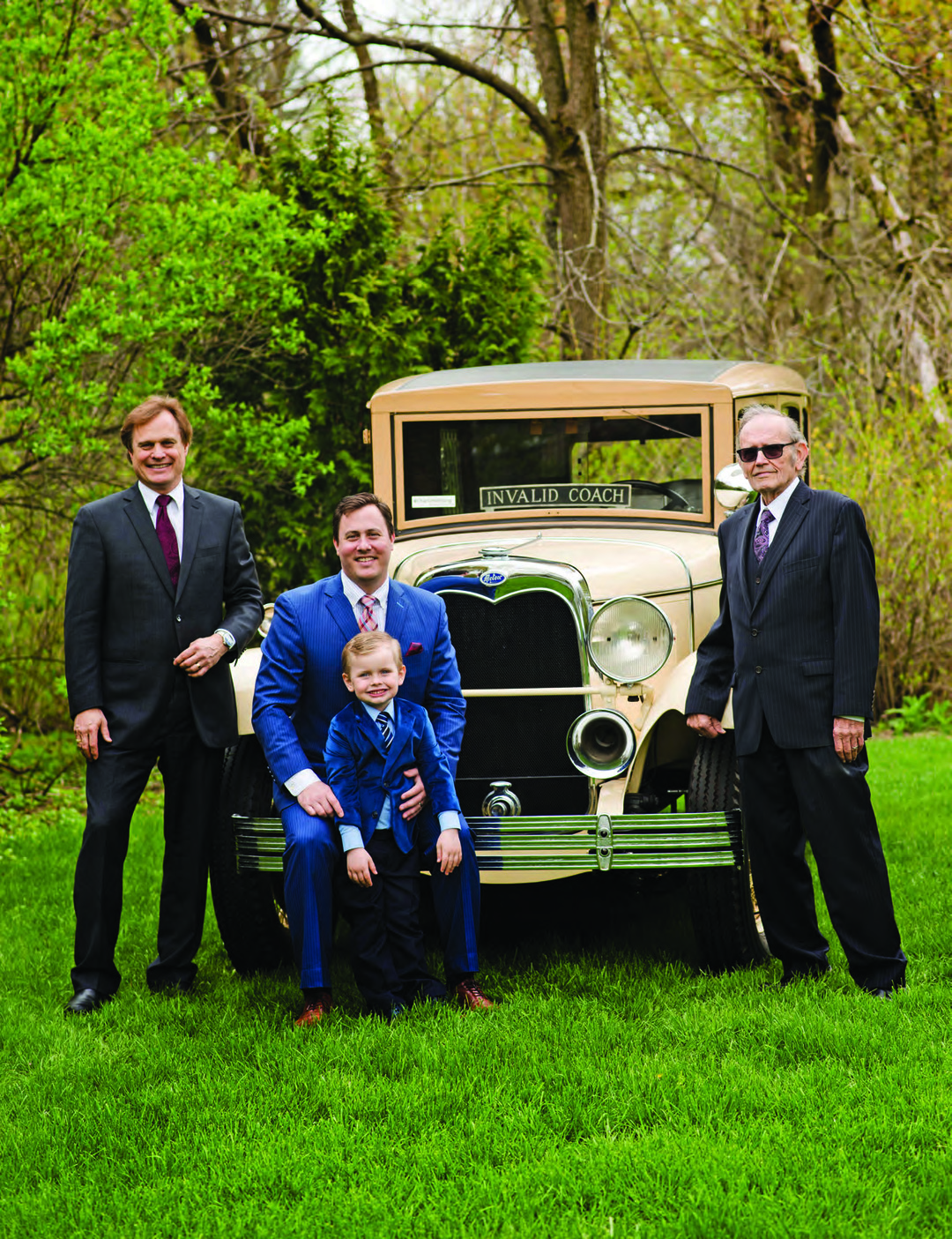 To mark Father's Day, we look at three funeral director families who share a respect built on mutual admiration, good humor and just being there.