The commercial revenue, employment opportunities and global connectivity of the Ummah through participation in the Halal industry, contribute significantly to the economies of many Muslim nations. For our brothers and sisters in less developed countries, they also help knit together a tapestry of hope for those toiling in the margins.

Halal is not about one country’s agenda but the concerted efforts of many nations. These efforts will require, among others, structured capacity building programmes and an efficient and seamless global supply chain to propel halal from its current niche into the mainstream of global economics and industry.

Malaysia’s focus is on increasing halal awareness and its business potential, providing the necessary facilities and platform for intellectual discourse and thought leadership in this field. The Government has identified strategic sectors under the Halal Industry Master Plan (2008 -2020) to drive and create new growth opportunities within the industry. The Honorable Dato’ Sri Mustapa Mohamed Minister of International Trade and Industry (MITI), Malaysia

Through various programmes such as intellectual conferences, international collaborations, innovation initiatives and trade-investment promotions, Malaysia is now recognized as the leading Global Halal Hub. The State of Global Islamic Economy Report 2015 placed Malaysia at the top spot in sectors such as the Halal Economy indicator, Halal Food and Halal Travel. We will continue to promote and expand the halal industry’s contribution to the Malaysian economy and our society’s well-being. Dato’ Seri Jamil Bidin Chief Executive Officer, HDC

Malaysia at the Forefront of Global Halal Industry DevelopmentÂ

LOGO INTRODUCED Halal status was given 1994 in the form of an official certificate bearing the official Halal logo.

ONE STOP The processing for Halal Certificates began to be conducted by JAKIM.

HDC ESTABLISHED Halal Industry Development Corporation (HDC) was established on 18 September 2006 to coordinate the comprehensive development of the Halal Industry in Malaysia. Vision: Malaysia as the Global Halal Hub THE 1ST HALAL INDUSTRY MASTER PLAN DEVELOPED The Halal Industry Master Plan will be implemented in three phases from 2008 to 2020.

Mission: To create value for businesses participating in the Global Halal Industry and to benefit Malaysiaâ&amp;#x20AC;&amp;#x2122;s economy.

2006 2008 THIRD INDUSTRIAL MASTER PLAN (IMP3) 2006-2020 To develop Malaysia as the global halal hub for the production and trade for halal products and services. Development of the halal industry was given emphasis under Chapter 21 of the IMP3 and among the strategic initiatives included is the establishment of the Halal Industry Development Corporation to coordinate the overall development of the industry.

Halal in National Strategic Plans THE NEW ECONOMIC MODEL The halal agenda was further emphasized as part of the NEM to enhance trade and investment, develop human capital and promote halal awareness.

THE ECONOMIC TRANSFORMATION PROGRAMME (ETP) Under the ETP, new and emerging areas within the halal related sectors will be given more emphasis, towards developing a sustainable halal economy.

Establishment of MAJLIS HALAL MALAYSIA, chaired by the Deputy Prime Minister of Malaysia

Halal Malaysia has been identified as a strategic industry under the Services Sector. The focus will be on the development of a holistic eco-system covering the entire halal value chain.

Establish Malaysia as a global leader in halal integrity

The establishment of GHSC One Touch Point is a testament to our commitment and aspiration in translating the vision of Malaysia in becoming a renowned Global Halal Hub and strategically positions itself as the world’s preferred. This so called business to business or business to consumer approach summarizes our effort to provide the connection platform for industry activities and networking, all through a single point location.

The ﬁrst Halal standard in the world “MS 1500, General guidelines on the production, preparation, handling and storage of Halal food” was developed.

Establish Malaysia as a global leader in halal integrity

Malaysia has produced 13 halal related standards for industry applications. This makes Malaysia the ﬁrst country to have a full halal industry standard.

MS 2300:2009 Requirements From An Islamic Perspective

For Warehousing And Related Activities

Halal Chemicals For Use In Potable Water Treatment - General Guidelines

Establish Malaysia as the preferred location for halal related business

Catalyst For Growth in the Halal Industry

Innovation as Catalyst for Business Transformation

Global Halal Support Centre (as at 2015)

Convergence” demonstrates the importance of bridging the two crucial components within the halal eco-system namely, the Halal industry and Islamic ﬁnance, towards developing a sustainable economy.

Halal Excellence Award was presented at the

Appreciation Dinner to honor an organization that has excelled and contributed signiﬁcantly to the growth of the halal industry in Malaysia. Chemical Company of Malaysia Berhad (CCM) was the recipient for Halal Excellence Award 2015.

Key Implementation Ministries and Agencies include:

Launch of the first World Halal Research Forum with the objective of inspiring innovation within the areas of Halal Research and Development, deliberate and exchange ideas on research, emerging technologies, trends and challenges within the global Halal industry.

• The Malaysian Cabinet agreed on the

establishment of the Halal Industry Development Corporation to coordinate the overall development and promotion of halal industry in Malaysia.

bin Haji Ahmad Badawi announced in his 2007 Budget Speech that HDC will be established under the Prime Minister’s Department.

will be sole issuer of Malaysian Halal certificates. The Malaysian Cabinet approved new • mandate for HDC via the Halal Industry Master Plan 2008 - 2020, to drive the development and growth of Halal Industry in Malaysia towards becoming a Global Halal Hub by 2020. • Launch of Global Halal Reference Centre.

In October 2009, the Government decided for HDC to focus on industry development. The management of Halal certification was handed over to JAKIM. In the same year, HDC was placed under the purview of the Ministry of International Trade and Industry (MITI).

of the first Halal Guide Book and Halal Exporters’ Directory during MIHAS 2010.

• Launch of Halal Apps for iPhone during WHR 2010. • Launch of HDC iKiosk at Carrefour Alamanda and Mydin USJ. • Two years after it was originally launched, the Global Halal Support

Launch of Halal Data Warehouse System with • 20 Government agencies signed up as corporate users. • Rebranding of the World Halal Research Forum to World Halal Conference. • OneTouchPoint recorded more than 4,800 GHSC visitors, 800 international delegates from 56 countries. • signed a memorandum with SME Bank HDC and Bumiputera Agenda Steering Unit for the establishment of a RM280 million Halal Development Fund for the development of halal industry and Bumiputera entrepreneurs in Malaysia for international markets.

Halal Business Transformation • Program was introduced to facilitate capacity development for local companies to become global players in Halal industry. Launch of The Modern • Compendium of Halal during WHR 2011.

• Launch of Halal Discoveries for

The establishment of the Halal Sectoral • Initiative, which includes Halal Ingredients Asia 2015. 2,400 companies registered under HBT • program. The Halal• Healthcare Initiative event was held to provide an awareness platform to promote halal in the healthcare sector. HDC was•given the mandate by the Cabinet to act as the focal point on all matters relating to halal industry development.

GHSC was announced as one of the national program with best outcomes by the Prime Minister’s Department. Global visitor’s utilisation on GHSC’s products and services reached 30 million. The publication of ‘Global Potential for Halal Vaccines’ verified the prospects of developing new halal vaccines and converting existing ones into halal vaccines. The strategic recommendations for halal industry development were incorporated in the 11th Malaysia Plan.

A total of 30 panels to highlight Halal Industry Development Corporation's (HDC) involvement within the development of Halal as Malaysia's third engine of growth. 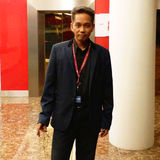