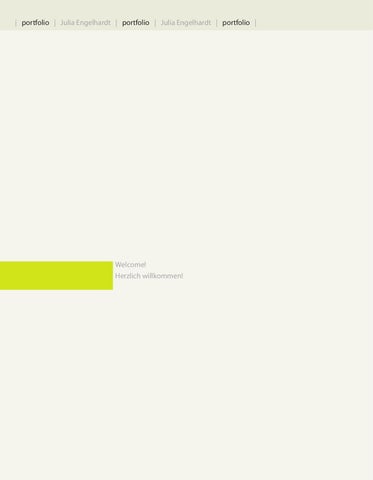 Despite the economic slowdown in South-eastern Europe throughout 2009, the Net Asset Value reached €502 million (or €12.3 per share) thus registering a 3% increase compared to the previous year. Note that over the last four years total increase in Net Asset Value has reached 65%, namely €200 million in absolute figure, with an average annual growth return of 13.5%.

Fair value gains of investment property in 2009 reached €13.8 million, compared to €50 million in the previous year. For the first time in 2009, because of specific changes in the IFRS regulations, the chartered surveyors proceeded with the valuation of our land plots that are classified for investment purposes. Moreover, following the global trend of capitalization yields increase, the valuation of the Group’s investment property at fair value by the

chartered surveyors Savills Hellas has an average yield of 7.3% for commercial centres and 7.5% for office buildings. The total fair market values of our shopping centres and offices remained on average the same despite some further increases in cap rates from last year, mainly due to sustainable increases in recurring EBITDA of our shopping centres. We believe that these yields are conservative since all of our assets enjoy full occupancy, long-term leases and high quality tenants. The Mall Athens had a remarkable increase in the number of visitors by 8%, reaching 12.7 million, a fact that supports our optimism for improved operational performance in the future. Despite the unfavourable economic environment and the significant drop in retail spending throughout the country, The Mall Athens registered a rather small

decrease in tenants’ turnover of approximately 6%. This drop is certainly small if we also take into account the drop in retail spending and the simultaneous start up operation of Golden Hall in the vicinity. The operational performance of Mediterranean Cosmos in Thessaloniki is also quite satisfactory given the flat change in tenants’ turnover compared to 2008 and the 8.3 million customer visits. The operation of the new commercial centre Golden Hall in December 2008, has also been marked with success, even if its first year of full operations coincided with the financial crisis. The centre is 100% leased to companies representing leading Greek and international brand names. The completion of this commercial centre, apart from contributing to an increase in Net Asset Value, has also a positive effect of €7.5 million on the Group’s recurring profitability.

Furthermore, tenants’ turnover of €136 million can be deemed very satisfactory and is in line with our initial forecasts.

that only Flisvos Marina enjoys in Greece. Marina’s turnover for the year approximates €12.7 million, the majority of which derives from berthing revenues.

As far as our office areas are concerned, they still have very high occupancy levels and a positive contribution to the Group’s recurring profitability of €3.5 million.

Another important part of our continuing activity in income generating assets is our investment in Eurobank Properties, a listed real estate investment company, in which LAMDA Development participates with a 13.9% share as of 31-12-2009 (versus 11.4% a year ago). In 2009 alone we realized a total revaluation gain of €21.1 million which increased NAV by same amount in the balance sheet. Our yearly return on the specific investment is approximately 22%.

The recurring profitability of Flisvos Marina has increased 9.5% compared to the previous year. The existing berths are fully leased, while in February 2010 the expansion of the marine infrastructure was successfully completed offering 50 new berthing facilities reaching a total of 300 berths. This additional capacity will naturally contribute to the increase in turnover and profitability starting from the current year. It is important to underline that approximately 50% of the 300 berths can be used by mega yachts with over 30 meters length, an advantage

Total investments in property reached €937 million on 31st of December 2009. The allocation of property investments, per type of property and per geographical location is illustrated below.

The consolidated net results of the Group, after tax and minority interest reached €7.7 million, compared to €60.1 million in 2008. In addition to the lower fair value gains

by €36.2 million, the results were further affected by the increase of non-recurring expenses for the reinforcement campaign of Golden Hall and by the increase of net financial expenses by €0.9 million due to a higher outstanding average loan balance during the year. Finally, it must be stressed that the 2008 results were positively affected by €18 million gains as a result of The Mall Athens Top-Up premium and by another €13.3 million from the decrease in tax rates that reduced defer taxation.

The principles upon which the company’s corporate governance is based are considered necessary by the Management of LAMDA Development, both for the control of the Management’s decisions and actions, as well as for the protection of the company’s shareholders and the general public. LAMDA Development has applied corporate governance principles and processes since its inception, long before these were introduced to Greece, with Law 3016, based on internationally recognized criteria and regulatory frameworks, such as those applied by listed companies on international stock exchanges.

Golden Hall Golden Hall is ideally located on Kifissias avenue, close to the Athens Olympic Stadium and expands over three levels. Its 131 shops are occupying approximately 41,000 sq.m., while 1,400 parking lots are provided on two levels in order to facilitate visitors.

Final project of my studies in the University of Supplied Arts and Sciences in Hildesheim, Germany | Concept and implementation of an advertisement campaign for a greek mastic chewing gum the packaging: (for the german market)

Different phrases of the ancient greeks in each pack ->

An opportunity for the point of sale

After chewing the ďŹ rst 7 gums, you can recycle this part of the pack to have more space in your bag.

The following pages show the advertisements for magazines (in spreads):

Tooway | A  dvertorials published in summer 2010 in the magazines BHMAGAZINO, BIG FISH and KAPA

my farm my photos

Epson | A  dvertisement for an open photo contest with the topic ÂŤcity photosÂť, published in April 2010 in the magazine FOTOGRAFOS

Thank you very much for your time! Vielen Dank fĂźr Ihre Aufmerksamkeit!

ÂŠ2010 | julia@artfremd.net All shown proposals act exclusively as referee and to inform you. They are not meant for reproduction. Copyright by Julia Engelhardt or by the respective employer/client.