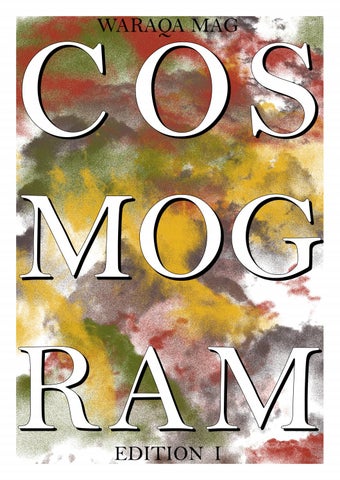 MULTIRELATED KNOWLEDGE WHAT AND WHERE SYRIA IS -VIII-

FROM NATIONAL TO INTERNATIONAL SPREADSHEET AND RELATION MAP -XI-

ding on the hands of whoever has it. For centuries, information has been a source of knowledge, progress and power for society allowing progress directed towards the future and thus defining the basis of our prosperity. Before the 21st century, information was something that few could use and a tool of the highest classes, thus allowing a knowledge class. From SXXI, information has become a common tool and available to everyone, this power has been intensified by the emergence of social networks, allowing people to reach others worldwide. Movement as the Arab Spring or the #MeToo have been a time bomb for many countries and have meant a paradigm shift in our history. On the other hand, when analyzing in general terms a specific area of â&#x20AC;&#x2039;â&#x20AC;&#x2039;our world, we are faced with a great wave of information that we need to filter, analyze and translate. With Waraqa, we will focus our magazine issue in terms of new sources of information and how the data can be shown as in our cosmogram, this will helps us understand all these interrelated multiple layers of information.

RESOURCES OF CONFLICT The war started officially on the 6th of March 2011, with 14 teenagers writing graffiti on the walls, who were then beaten and arrested. This sparked the beginning of the Syrian civil war. This conflict has lasted 8 years and throughout this civil war, many of the countryâ&#x20AC;&#x2122;s natural resources have been used or destroyed for political gain. From the seed bank that was moved to protect it from the conflict to the water that is being withheld and then released to create a flood. The oil and gas pipelines created a scenario where external governments felt the need to interfere to protect what they saw as assets. There are a number of different groups in control of different areas. This includes, as of February 2019, areas still controlled by ISIS, the Assad government, the rebel forces, and Kurdish forces. These different groups have been warring with each other with the help of different external governments. For example, Turkey is supporting the rebel forces in order to fight against the Kurdish forces, who they are also at war with along their own borders. There have been confirmed cases of chemical warfare, even though it is against international law and the Geneva conventions. In the beginning, there were even cases of agent 15 being used, though this is solely produced by the Israeli government. They are not accepting the responsibility but it is believed the government forces are largely responsible for these chemical attacks against the rebels. There are instances of rebel forces using gases but in October 2018. There was even a case of robbers using gasses in order to steal a car. The fact that warfare has escalated to such inhumane practices, reflects how drastically the civil war has gone out of control.

MULTIRELATED KNOWLEDGE WHAT AND WHERE SYRIA IS The complexity of Syria is as rich as many countries and as diverse as can be expected on a war-torn country. As the diagram grew we were looking at the main headings that could influence our project. Words that described the information we thought might be important included climate, political parties, pollutants, and among others. We were looking at a holistic view of the country, from culture to economy to a more scientific understanding of what and where Syria is. However every word influences each other information point we had written. For example, there are six different climatic conditions in Syria, these are due to the geographical location of Syria, because of the location there is oil underground. The US and Russia are invested in Syria because of the oil, due to their own conflicts both have chosen proxies to support in Syria’s civil war. Due to this war crops are being destroyed. And because of the destruction of soil erosion is occurring at an ever-increasing rate. This is not to say the many other stories and conversations to be had by the links created in the drawing. Nor how many of those links are in direct relationships with pollutants. The climate means that water is a scarcity and the geographical location means that dust is a problem. The oil is a fossil fuel, and the war is creating a series of incredibly bad pollutants. The destruction of crops is as mentioned is adding to soil erosion. At the end of this quick study, we felt that the more important information points were the ‘main players’ in the politics section, the pollutants.

FROM NATIONAL On the left page you will find a spreadsheet that reunite all the different war attacks that have occured in syrian country taking into account: the place, the date, the number of deaths and the direction of the wind (from that day).

When we talk about cosmograms, we focused on the idea of creating â&#x20AC;&#x2039;â&#x20AC;&#x2039; objects or abstractions whose general and detailed reading helped us to fully understand the information and thus be able to draw objective conclusions from the clouds of information in there different variants. Our cosmogram deals with the extruded separation of different layers of information whose connection generates an abstract and concise reading of the gaseous contamination of the different effects of conflict that occurred between 2011 and 2018 in the Syrian territory. To better understand the different layers of information, we investigated each layer in order to reach our final understanding. We started with the lower layer, the different wind current arrows that were generated are from the different seasons of the year are shown and which will help us to find the direction of the different gases in the atmosphere. Followed by this layer, there are gas and oil lines whose combination with the top layer of political confrontation, shows all the conflicts generated by the different countries and armed groups. This combination of both layers shows the catalog of different conflicts and is extruded to the next layer to begin to form the directions of the gases resulting from these conflicts. Once these directions reach the top, they interlock with the resulting gas and in the upper layers it is related to the different affective consequences that are: respiratory, migratory, economic and territorial. All these consequences connected with the gases resulting from the conflict make up a cloud of different colors, whose visual reading facilitates the atmospheric compression in which we focus. In conclusion, we see a great formation of gases in the Syrian atmosphere whose treatment has been null, but whose affections have been visibly recognized. All this global reading finally helps to understand the conflict in many ways, allowing a new way of approaching a project in this territory. XIV 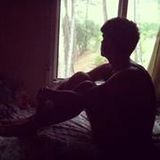