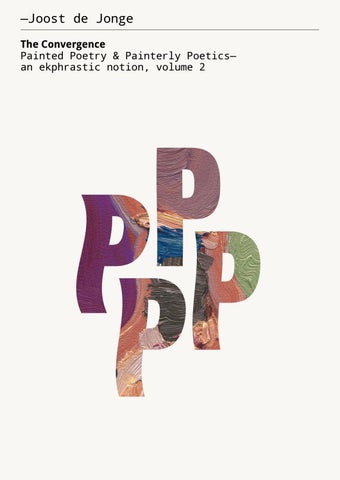 Joost de Jonge is a widely exhibited Dutch artist with work in many international collections. He was educated at the Royal Academy of Art in The Hague and ’s-Hertogenbosch, and at the Universitat de Barcelona, and earned his BFA in painting with honors at the School of the Arts in Utrecht, followed by an artist residency at the Fundación Cultural Knecht-Drenth in Callosa d’en Sarrià, Spain. In 2008 he began publishing catalogues of his work. In 2011 he initiated the Ekphrasis Project with his book The Ekphrasis Project: Oceanen van Kleur, inviting art critics, art historians, and poets to respond to his paintings with original writings. In 2014 the series became an online publication, and in 2015 he produced his first e-book with its own domain at www.paintedpoetry.org: Painted Poetry & Painterly Poetics—an ekphrastic notion. The collaborative project flourished with contributions from across Europe as well as from important American poets and writers. This is de Jonge’s seventh book. 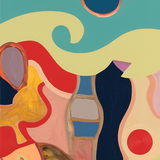