Field Guide to the Neighborhood Birds of New York City 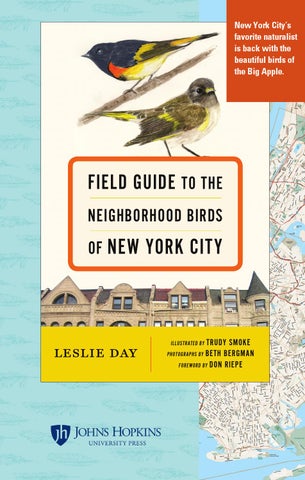 New York City’s favorite naturalist is back with the beautiful birds of the Big Apple.

FIELD GUIDE TO THE NEIGHBORHOOD BIRDS OF NEW

FIELD GUIDE TO THE NEIGHBORHOOD BIRDS OF NEW YORK CITY

THERE IS NO BETTER WAY to learn about New York’s birds than with this comprehensive field guide from New York City naturalist Leslie Day. The Big Apple’s miles of coastline, magnificent parks, and millions of trees attract dozens of migrating species every year and are also home year-round to scores of resident birds. This book will teach you what each species looks like, where they build nests, what they eat, the sounds of their songs, and where to find them. Hundreds of stunning photographs and gorgeous illustrations will help you identify the ninety avian species commonly seen in New York.

“A visually arresting and fascinating introduction to our city’s most common birds, including details on behavior and ecology not found in typical field guides. Sections covering New York City birding spots as well as birding and conservation organizations will serve to connect readers to the rich birdlife and habitats of the city’s five boroughs.” —Susan B. Elbin, PhD, Director of Conservation and Science, New York City Audubon

“With this book in hand, you will know where to go to see the woodcock&#39;s hunting dance or hear the ruby-throat&#39;s call.” —Rita McMahon, Director, Wild Bird Fund

“This welcome anthology of species that harmoniously coexist in our urban environment will be cherished by and is a must-have for anyone interested in the diverse avian community of New York City.” —Anthony A. Pilny, DVM, The Center for Avian and Exotic Medicine Male scarlet tanager bathing,Tanner’s Spring, Central Park. LESLIE DAY is a New York City naturalist and the author of Field Guide to the Natural World of New York City and Field

Guide to the Street Trees of New York City, also published by Johns Hopkins. Dr. Day taught environmental science and biology for more than twenty years. Today, she leads nature tours in New York City Parks for the New York Historical Society, the High Line Park, Fort Tryon Park Trust, Riverside Park Conservancy, and New York City Audubon. TRUDY SMOKE is a professor of linguistics and rhetoric at Hunter College, City University of New York and a nature illustrator. She is the illustrator of Field Guide to the Street Trees of New York City. BETH BERGMAN is a photographer for the Metropolitan Opera who moonlights as a nature photographer. Her photographs have appeared in numerous publications, including the New York Times, Newsweek, New York Magazine, Opera News, and Paris Match.

Adult male American kestrel feeds on its sparrow lunch on a windowsill, while Mr. Darcy, the cat, looks on, Washington Heights.

Field Guide to the Neighborhood Birds of New York City

New York's favorite naturalist is back with the beautiful birds of the Big Apple. 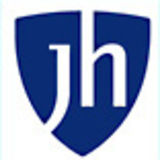