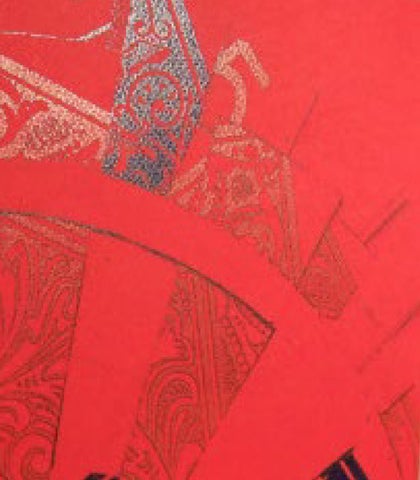 TWENTY RULES FOR This MAKING GOOD DESIGN is how human creativity works.

Rules exist—especially the ones set forth here—as guidelines, based on accumulated experience from many sources. As such, rules always come with exceptions and can be broken at any time, but not with out a consequence. The consequence of breaking one rule might

As such, rules always come with exceptions and can be broken at any time, but not Rules can be broken—but never ignored. with out a consequence. David Jury

mean reinforcing another, and it might mean true innovation, in the right context—a

context in which a revelation occurs that, oddly enough, will establish yet another rule.

By no means should any rule, including those that follow, be taken as Cosmic Law. But these rules are a starting point, an excellent list of issues to consider while you work. In the end, you will decide how and when to apply the rules, or not, as well as understand the results of either course of action.

If there’s no message, no story, no idea, no narrative, or no useful experience to be had, it’s not graphic design.

It doesn’t matter how amazing the thing is to look at, without a clear message, it’s an empty, although beautiful, shell. That’s about as complicated as this rule can get.

Form carries meaning, no matter how simple or abstract, and form that’s not right for a given message will communicate messages that you don’t intend. It’s all well and good to experiment with shapes and details and cool effects, but if you simply spackle them all over without considering what they mean and how they support or take away from the message, you end up with a jumbled mass of junk that no longer qualifies as design.

SPEAK WITH ONE VISUAL VOICE.

Make all the parts talk to each other...in the same language. Good design assumes that the visual language of the piece—its internal logic—is resolved to address all its parts so that they reinforce, restate, and reference each other, not only in shape or weight or placement, but conceptually as well. As soon as one element seems out of place, or just a leftover that hasn’t been given any thought, it disconnects from the others, and the message is weakened.

Choose typefaces for specific purposes. In doing that, you’ll need to define what the purposes are, and you’re likely to find that there are only two or three purposes for text in a project. Because a change in type family usually signals a change in meaning or function—restrain yourself! A single type family with a variety of weights and italics should be enough all by itself. Too many typefaces are distracting, and might confuse or tire the viewer.

Focus viewer’s attention on one important thing first, and then lead them through the rest. Once you capture the audience with a big shape, a startling image, a dramatic type treatment, or a daring color, steadily decrease the activity of each less important item in a logical way to help them get through it. This is establishing “hierarchy” —the order in which you want them to look at the material—and it is essential for accessibility and ease of use. If there’s no clear focus to start with, you”ve already lost the battle.

USE THE ONE-TWO PUNCH!

Don’t just grab some colors from out of the air. Know what the colors will do when you combine them, and more important, what they might mean to the audience. Color carries an abundance of psychological and emotional meaning. Color affects visual hierarchy, the legibility of type, and how people make connections between disparate items— sometimes called color coding—so choose wisely. Choose colors that are right, not those that are expected. Avoid clichés!

Remember the old adage from Modernism: “less is more.” Think about how much visual garbage gets thrown at someone walking down the street every day, and ask yourself: “Wouldn’t it make more sense to delete some of that mush in favor of something sleek, clear, and noticeable?” Make more meaning out of what’s there; don’t gunk it up.

IF YOU CAN DO IT WITH LESS, THEN DO IT.

It is often said that negative space is more important than the stuff that’s in it. For the most part, this is true. Space calls attention to content, separates it from unrelated content around it, and gives the eyes a resting place. When you don’t deal with it at all, negative space feels dead and disconnected from the visual material it surrounds.

If the space gets filled up, the result is an oppressive presentation that no one will want to deal with. A lack of negative space overwhelms and confuses the audience, which is likely to get turned off.

NEGATIVE SPACE IS MAGICAL—CREATE IT, DON’T JUST FILL IT UP!

TREAT THE TYPE AS IMAGE, AS THOUGH IT’S JUST AS IMPORTANT.

A sad commentary on typography today is that most of it fails in this regard: it’s either unimaginatively separated from photography in the notorious “headline/picture/body-copy” strategy seen in countless ad campaigns during the past sixty years or insensitively slapped across images, in quirky typefaces, under the assumption that if it’s big and on top of the photo, it’s integrated. Time for a reality check! Type is visual material— made up of lines and dots and shapes and textures—that needs to relate compositionally to everything else included in the design, no matter how different they seem to be.

Make it legible, readable, or whatever you want to call it. It should go without saying that type that canâ&amp;#x20AC;&amp;#x2122;t be read has no purpose. Yes, typography can be expressive; yes, typography can be manipulated for inventive interconnection of structural elements within language; and yes, typography can resonate with its subcultural audience and reference that or that pop-cultural zeitgeist. Whatever! It still mist transmit information.

BE UNIVERSAL; REMEMBER THAT IT’S NOT ABOUT YOU.

A very large audience, not a few people who are “in the know,” has to know what you mean with those shapes, that color, and that image you choose. Graphic design comes with an agenda—sometimes a small agenda, such as getting people to come to a film festival, and sometimes a big agenda, such as helping people get out of a burning building. The instant you forget—or shamelessly ignore— this little fact, you jeopardize the clarity of the message.

Create contrasts in density and rhythm by pulling some material closer together and pushing other material further apart. Be rhythmic about it. Give the spaces between things a pulse by making some tighter and some looser unless,, of course, you’re trying to make something dull, lifeless, and uninteresting. In that case, everything should be about the same size, weight, color, and distance from everything else. Nothing kills a great idea like a dull layout that has no tension. “Without contrast,” Paul Rand once said, “you’re dead.”

Take a suggestion from the world of photography: make sure thereâ&amp;#x20AC;&amp;#x2122;s a wide range of tonal value. Furthermore, donâ&amp;#x20AC;&amp;#x2122;t spread out the tonal range all over the place. Concentrate areas of extreme dark and light in separate places; create explosions of luminosity and deep undercurrents of darkness. Counter these with subtler transitions between related values. Above all, make distinctions between light and dark noticeable and clear.

DISTRIBUTE LIGHT AND DARK LIKE FIRECRACKERS AND THE RISING SUN.

Make a thing appear one way or another. A great deal of the process of understanding visual material is the ability to distinguish the difference between things. It’s a strategy left over from millennia of surviving in the bush by knowing that the big object in front of us is a large rock and not an attacking predator. Place visual material with confidence, and make clear decisions about size, arrangement, distance from other material, and so on.

BE DECISIVE, DO IT ON PURPOSE—OR DON’T DO IT AT ALL.

A thing is what it looks like —make it look the way it’s supposed to look. The eyes are funny things; they’re often fooled by visual stimuli, the notorious optical illusion. Oddly, optical illusions account for ninety percent of the visual logic of composition. Horizontal lines, for example, appear to drop in space and have to be adjusted upward to appear centered from top to bottom. Circular forms always look smaller that square forms that are mathematically the same height. Make decisions on behalf of your audience.

MEASURE WITH YOUR EYES: DESIGN IS VISUAL.

Your eyes are truer than the sharpest measurement.

Make what you need, and make it the best you can—or pay someone else to do it for you. Nothing is more banal or meaningless than a commonly used instance of stock photography that shows up everywhere. Try not to rely on what already exists, even thought it might be cheaper or easier. Sometimes a simpler and more meaningful solution is no further away than a couple of dots and lines, or a personal scribble that —while not slick, glossy, or full color—might connect more powerfully with the audience.

IGNORE FASHION. SERIOUSLY. Granted, this can be a tricky rule to follow because your job is to communicate to your audience who, unless time travel is now available to the public, exists today and only today, in the present. Other designers around you are getting significant attention because their work is so now and cool and with it. Forget that. Nobody looks at the Pantheon (designed almost two thousand years ago) for example, and says, “That’s like, so First Century.”

People make a weird assumption about two-dimensional visual stuff, and that is— it’s flat and lifeless! Go figure. If a layout is clearly flat and fails to offer a sense of movement or spatial interaction, a state that is rela- tively easy to achieve, the viewer’s brain is likely to be uninterested. Static compositions say, “You’ve figured me out...so walk away, nothing to see here.”

It’s true that symmetry occurs in nature—just look at our bodies—but that doesn’t mean that it’s a good strategy for designing. Symmetrical visual arrangements are generally static and offer little movement. Symmetry shouts very loudly that the designer is lazy and likes to let the format do the designing. Why let the format tell you what to do? You tell the format who’s boss.

SYMMETRY IS THE ULTIMATE EVIL.

LOOK TO HISTORY, BUT DON’T REPEAT IT.

The design of the past has its place. Itâ&amp;#x20AC;&amp;#x2122;s inspiring and important for a designer to consider how communication strategies and aesthetics have changed over time, and to understand how his or her own work fits into the continuum of thought and practice. To slavishly reproduce a particular period style because itâ&amp;#x20AC;&amp;#x2122;s really cool, is simply unacceptable. Learn from the work of others, but do your own work.

If a design doesn’t feel good in your heart, what the mind thinks doesn’t matter. April Greiman

Rules in graphic design exist as guidelines to help establish a way to evaluate what’s good and what’s not; but more importantly, they serve to help designers avoid problems that interfere with communication. It is often said, however, that rules are made to be broken, and this is never truer than in design. Once a designer feels confident that he or she understands how the rules work and what the effects of breaking them will be, a designer must decide why, when, and how. Some of the greatest innovations in graphic design will happen when the designer knowingly—and intelligently—throws the rule book away.