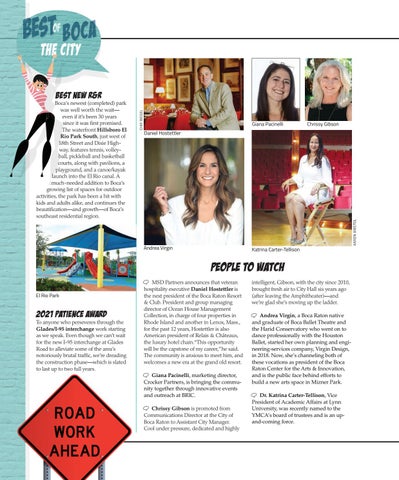 BEST NEW R&amp;R Boca’s newest (completed) park was well worth the wait— even if it’s been 30 years since it was first promised. The waterfront Hillsboro El Rio Park South, just west of 18th Street and Dixie Highway, features tennis, volleyball, pickleball and basketball courts, along with pavilions, a playground, and a canoe/kayak launch into the El Rio canal. A much-needed addition to Boca’s growing list of spaces for outdoor activities, the park has been a hit with kids and adults alike, and continues the beautification—and growth—of Boca’s southeast residential region.

2021 PATIENCE AWARD To anyone who perseveres through the Glades/I-95 interchange work starting as we speak. Even though we can’t wait for the new I-95 interchange at Glades Road to alleviate some of the area’s notoriously brutal traffic, we’re dreading the construction phase—which is slated to last up to two full years.

c MSD Partners announces that veteran hospitality executive Daniel Hostettler is the next president of the Boca Raton Resort &amp; Club. President and group managing director of Ocean House Management Collection, in charge of four properties in Rhode Island and another in Lenox, Mass., for the past 12 years, Hostettler is also American president of Relais &amp; Châteaux, the luxury hotel chain.“This opportunity will be the capstone of my career,” he said. The community is anxious to meet him, and welcomes a new era at the grand old resort. c Giana Pacinelli, marketing director, Crocker Partners, is bringing the community together through innovative events and outreach at BRIC. c Chrissy Gibson is promoted from Communications Director at the City of Boca Raton to Assistant City Manager. Cool under pressure, dedicated and highly

intelligent, Gibson, with the city since 2010, brought fresh air to City Hall six years ago (after leaving the Amphitheater)—and we’re glad she’s moving up the ladder. c Andrea Virgin, a Boca Raton native and graduate of Boca Ballet Theatre and the Harid Conservatory who went on to dance professionally with the Houston Ballet, started her own planning and engineering-services company, Virgin Design, in 2018. Now, she’s channeling both of these vocations as president of the Boca Raton Center for the Arts &amp; Innovation, and is the public face behind efforts to build a new arts space in Mizner Park. c Dr. Katrina Carter-Tellison, Vice President of Academic Affairs at Lynn University, was recently named to the YMCA’s board of trustees and is an upand-coming force. 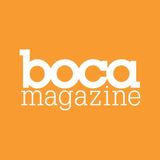 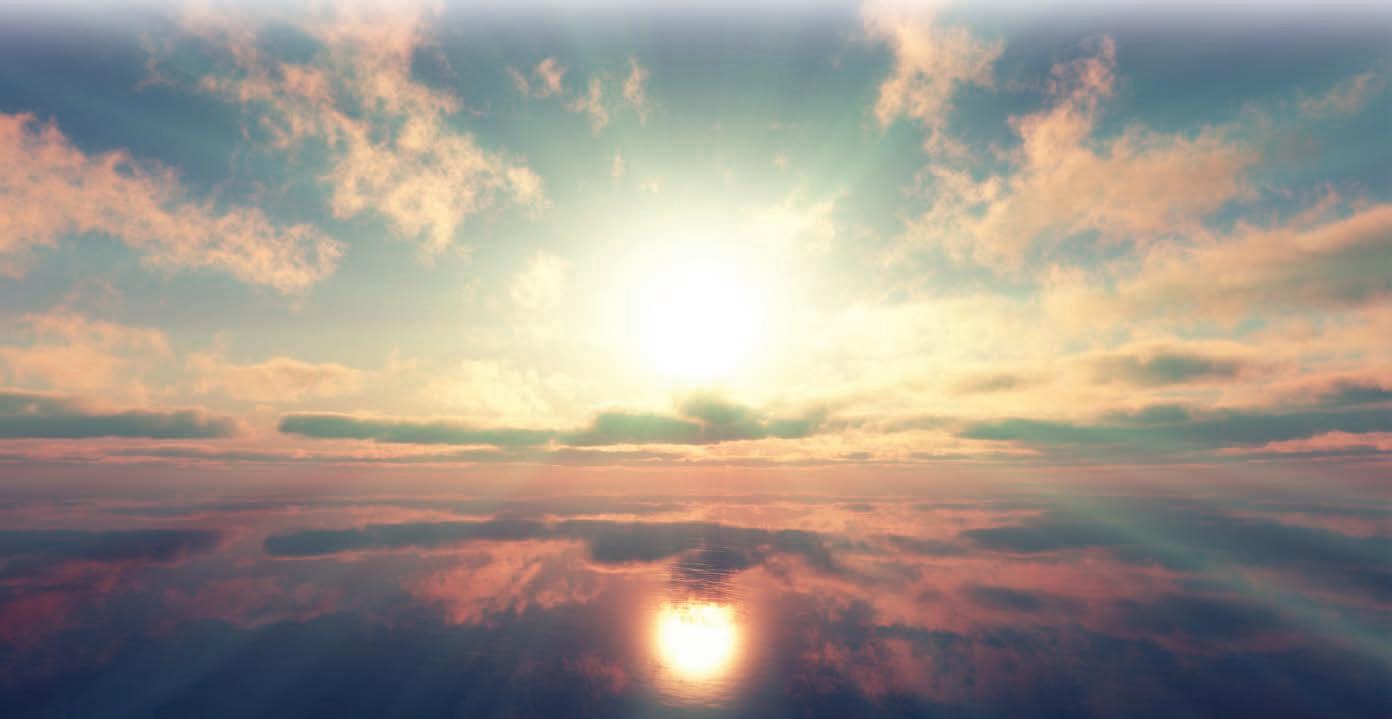 Hurricanes schmurricanes: Having emerged from a pandemic hardier than ever, we’re more than ready for whatever surprises Mother Nature has in store. 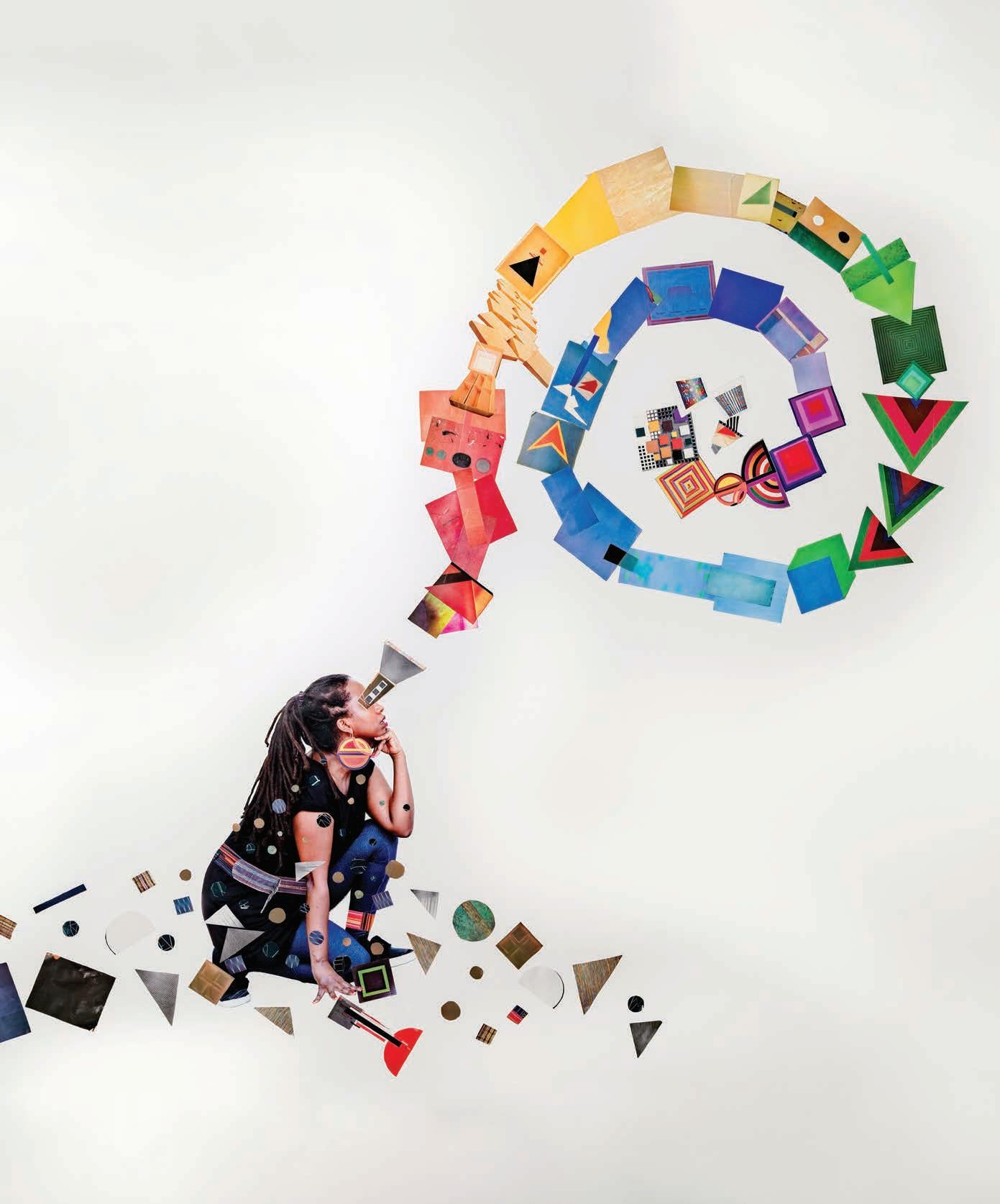 We catch up with a charitable icon with impeccable fashion sense, an octogenari- an artist in the throes of her most prolific period, and an enterprising vodka brand with a simian sensibility. Plus, essential Florida beach reads, the wildlife wonders of Captiva Island, and more. 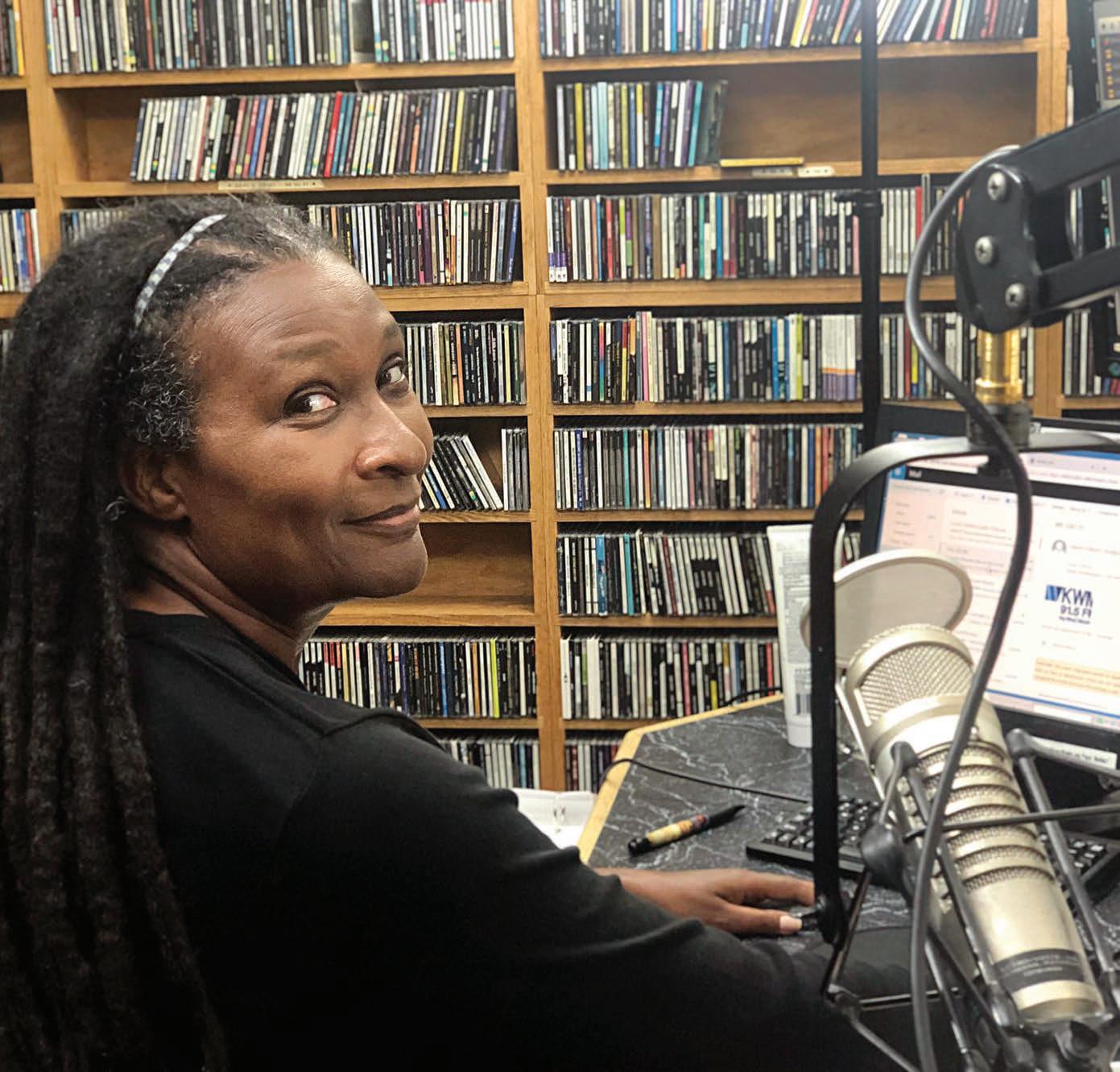 A fixture on South Florida public radio for more than 25 years, Tracy Fields entertains and educates nocturnal listeners on the jazz of the past, present and future. 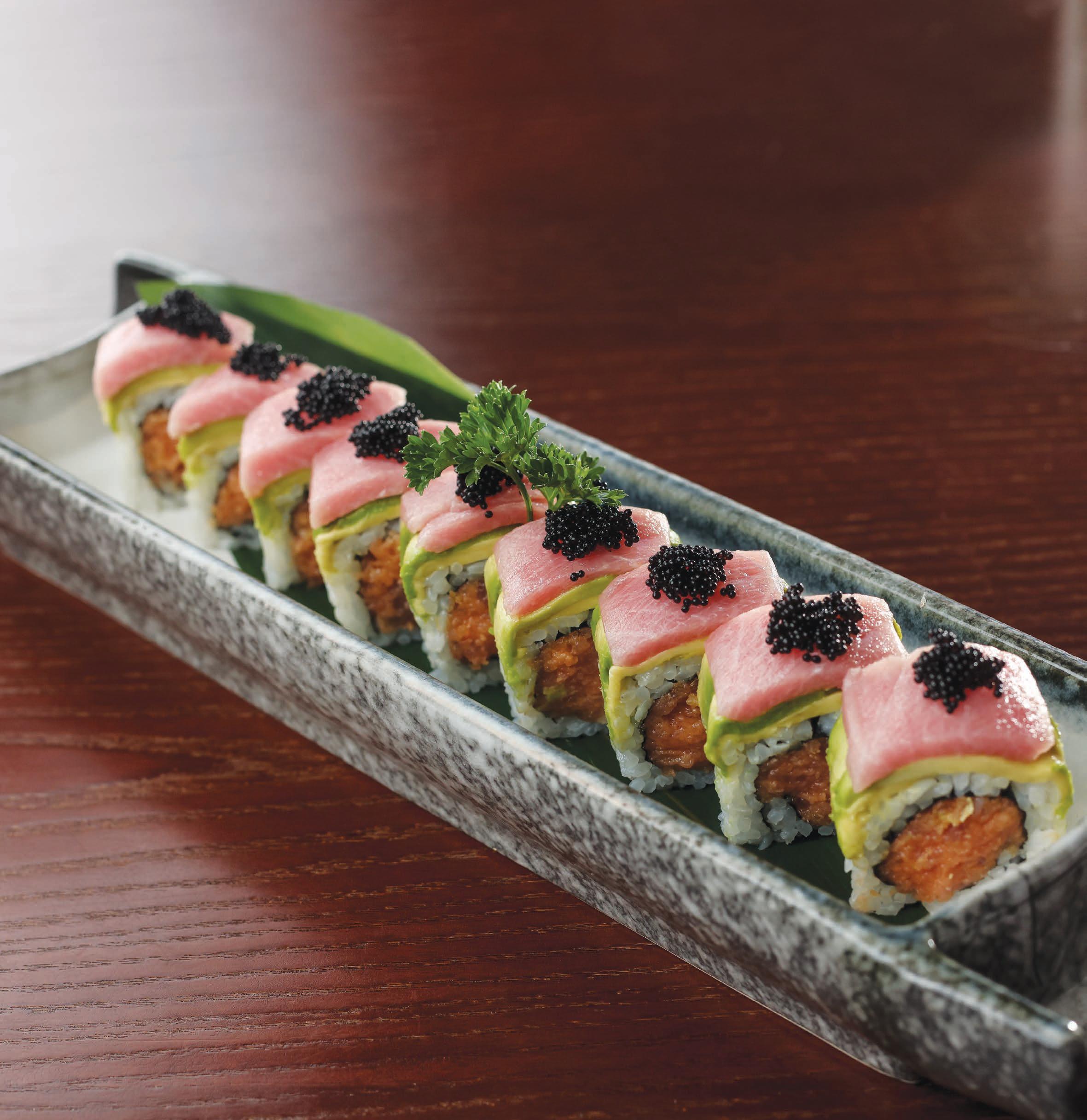 In her first issue for Boca magazine, our new food critic reviews Avalon Steak and Seafood in Delray Beach and Skyfin Asian Bistro in Boca Raton. Plus, dog- themed menus and happy hours are a pet project for several SoFla restau- rants, and why local honey is turning up in more than just tea. 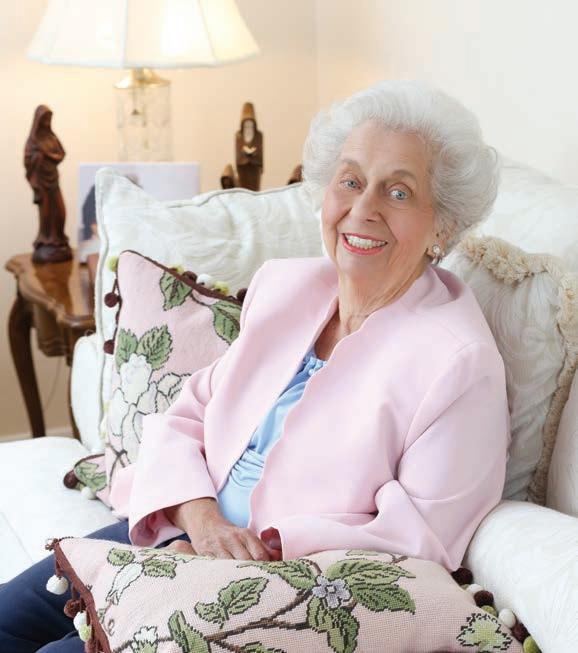 Now in her sixth decade of charitable involvement in Boca Raton—and her ninth decade on Earth—Helen Babione’s dedication to her adopted city continues.