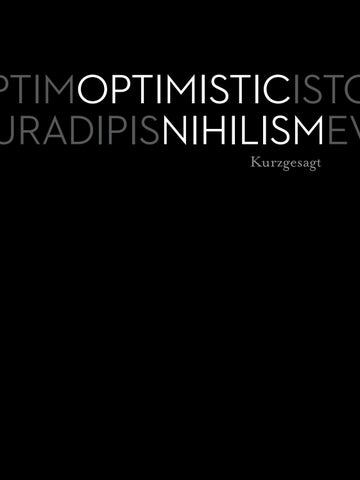 UNIV But the older we got, the more we learned about the world and ourselves. We learned that the twinkling lights are not shining beautifully for us, they just are. We learned that we’re not at the center of what we now call the universe, and that it is much, much older than we thought. We learned that we’re made of many little dead things, which make up bigger things that are not dead, for some reason, and that we’re just another temporary stage in a history going back over a billion years. We learned, in awe, that we live on a moist speck of dust moving around a medium-sized star in a quiet region of one arm of an average galaxy, which is part of a galaxy group that we will never leave.

VER We can throw words around like two hundred million galaxies or trillions of stars or bazillions of planets, but all of these numbers mean nothing. Our brains canâ&amp;#x20AC;&amp;#x2122;t comprehend these concepts. The universe is too big. There is too much of it.

But size is not the most troubling concept we have to deal with. It’s time, or, more precisely, the time we have. If you’re lucky enough to live to one hundred, you have five thousand two hundred weeks at your disposal. If you’re twenty-five now, then you have three thousand nine hundred weeks left. If you’re going to die at seventy, then there are two thousand three hundred and forty weeks left—a lot of time, but also ...not really.

Your biological processes will break down, and the dynamic pattern that is you will stop being dynamic. It will dissolve until there is no you left. Some believe that there is a part of us we can’t see or measure, but we have no way to find out, so this life might be it and we might end up dead forever. This is less scary than it sounds, though. If you don’t remember the 13.75 billion years that went by before you existed, then the trillions and trillions and trillions of years that come after will pass in no time once you’re gone.

Close your eyes. Count to one.

And as far as we know, in the end, the universe itself will die and nothing will ever change again. Our videos induce existential dread in many people, and the last few minutes probably havenâ&amp;#x20AC;&amp;#x2122;t helped. So, for once, we want to offer a different way of looking at these things: an unscientific, subjective point of view, the philosophy of Kurzgesagt, if you want. Please take it with a grain of salt; we donâ&amp;#x20AC;&amp;#x2122;t know any more about human existence than you do.

We counter existential dread with:

What do we mean by that? Well, to summarize, it seems very unlikely that 200 trillion trillion stars have been made for us. In a way, it feels like the cruelest joke in existence has been played on us.

We became self-aware only to realize this story is not about us. While it is great to know about eletrons and the powerhouse of the cell, science doesnâ&amp;#x20AC;&amp;#x2122;t do a lot to make this less depressing.

Okay, but so what?

You only get one shot at life, which is scary, but it also sets you free. If the universe ends in heat death, every humiliation you suffer in your life will be forgotten. Every mistake you made will not matter in the end. Every bad thing you did will be voided. If our life is all we get to experience, then itâ&amp;#x20AC;&amp;#x2122;s the only thing that matters. If the universe has no principles, the only principles relevant are the ones we decide on.

If the universe has no purpose, then w Humans will most certainly cease to exist at some point, but before we do, we get to explore ourselves and the world around us. We get to experience feelings. We get to experience food, books, sunrises, and being with each other. The fact that weâ&amp;#x20AC;&amp;#x2122;re even able to think about these things is already kind of incredible.

we get to dictate what its purpose is.

ACCINES STRANGE STARS CONSCIOUSNESS LONE OD DYSON SPHERE THE END OF SPACE WORMHOL It’s easy to think of ourselves as N BACTERIOPHAGE EGOTISTIC ALTRUISM STRING separated from everything, but this is not true. We are asSIMULATI much RSAL BASIC INCOME MICROBIOMES THE the universe as a neutron star or OMATION OVERPOPULATION FUSION ENERGY VAC a black hole or a nebula. Even better, actually, we are its thinkSTS SPACE ELEVATOR RED DWAVES ANTIBIOTIC AP ing and feeling part: the centre organs of the universe. We are IA THE BIG BANG EMERGENCE SKYHOOKHOLD BO truly free in a universe-sized ITY NEUTRON STARS DEEP SEA THEso we EGG playground, might ANT as well MEG aim to be happy and to build GNETIC POLLUTION MEAT VACCINES STRANGE ST some kind of utopia in the stars. GUE PLANETS ORGANIC FOOD DYSON SPHERE TH It’s not as if we’ve found out BASE PLASTIC POLLUTION BACTERIOPHAGE everything there is to know—weEGOT don’tINCOME know why the rules of the EAT FILTER UNIVERSAL BASIC MICROBIO universe are as they are, how life E DWARVES AUTOMATION OVERPOPULATION came into existence, what life is. FUS have no idea what consciousGAMMA-RAY BURSTS SPACEWe ELEVATOR RED DWAV ness is or if we are alone in the universe. But we can try to find EAR ENERGY MALARIA THE BIG BANG EMERGENCE some answers. There are billions HE SKYHOOK NUKE A CITY NEUTRON STARS of stars to visit, diseases to cure,DEEP people to help, happy feelings to SYSTEM ELECTROMAGNETIC POLLUTION MEAT VA be experienced, and video games to finish. NESS MARS BASE ROGUE PLANETS ORGANIC FOO MOON BASE DEEP SEA NUKE PLASTIC POLLUTION There is so much to do. HEORY HOMEOPATHY THE GREAT FILTER UNIVERSA ARGUMENT BLACK HOLES WHITE DWARVES AUTO M DECAY GENETIC ENGINEERING GAMMA-RAY 19 BU

Text sourced from the video by Kurzgesagt >>> https://www.youtube.com/watch?v=MBRqu0YOH14 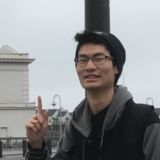