Just Another Saturday - a photo essay by James Carney 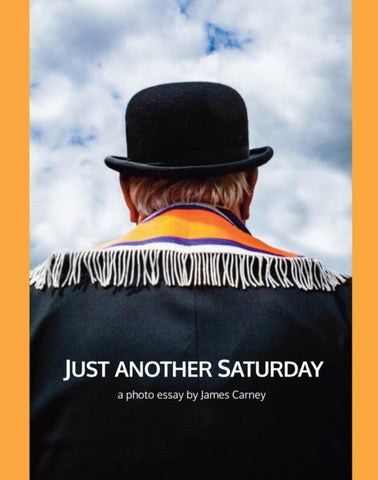 religious polite society across the west of

Scotland simply shrugged its shoulders and

And by God, noise there is.

looked the other way.

However, in today&#39;s pluralist and largely

beating out a mighty tattoo on ﬁfe and drum,

swagger through streets lined with camp

increasingly seen as anachronistic and

sectarian in equal measure, an all-too-visible

travellers, all egging them on from the

reminder of ‘Scotland’s Shame’ which the

sidelines and joining in with the medley of

between each band, Lodge members

done it few favours in the court of an

process in double ﬁle behind their banner

resplendent in collarettes (aka their sashes)

and anything red, white and blue.

In response, Scotland’s Orange hierarchy has

attempted - with little success - to reposition

the organisation as simply a fraternal

and speciﬁcally its highpoint, the annual

place in the city centre on the nearest

Saturday ahead of July 12. This Walk - above

publicly distance itself from the drunkenness

all others - is a power play par excellence,

and occasional disorder that accompanies

Walks, blaming it on the camp followers,

with a public stage to assert and re-aﬀirm

rather than its own members.

their cultural and religious identity.

Certainly, the Boyne Parade starts with

In the not-too-distant past, the triumphalism

that inevitably accompanied the Walks was

gloves and the Crown and Bible much in

rammed down the throats of the city’s

evidence. By the end of the day however

Catholics at every opportunity, notably by

when the bands and lodges are dispersing

bands amping up the volume and

back to their home territories and the

oﬀensiveness of their medleys outside the

dignitaries have long since departed, Jekyll

churches and chapels they deliberately

becomes Hyde. The playing is brasher, the

included on their ‘traditional’ walking routes.

tunes more anti-Irish and anti-Catholic, the

In the face of such behaviour, civil and

Nowhere is this more in evidence than at the so-called ‘Battle of the Bridge’. The bridge in question is the wide railway span over Kingston St on the south side of the Clyde and the traditional route home for the bands and lodges from Govan. The acoustics under the bridge amplify both the volume of the bands and the passions of the crowds that gather in number under it. The ‘battle’ is essentially to see which band can best whip up the crowds, usually achieved by raucous renditions of all the party favourites that would get you arrested if you even thought about playing or singing along with anywhere else in Glasgow: The

Billy Boys, No Surrender, The Famine Song and others from the same playbook. Police Scotland’s selective deafness on these occasions is plainly driven by a desire to avoid turning them into potentially violent ﬂashpoints, a very real risk were they to actually apply the law they’ve been sworn to uphold. They leave that to the local politicians to sort out. To that end, calls to ban or severely curtail the number and routes of Orange Walks have been growing ever louder following several high proﬁle sectarian incidents in Glasgow in recent years. Inevitably, the Order’s aggrieved response to these proposals has been to circle the wagons, run up the Red Hand and cry ‘No surrender!’ They see it as a direct assault on their civil and religious liberties, the product of a conspiracy by the Nationalist-led city 2

council and Police Scotland to outlaw all

Scotland fell victim to the lockdown. This

year’s time-out won’t resolve any of the real

drew to a close, both sides were as polarised

issues but will only postpone the inevitable

as ever and attempts to negotiate a middle

So for the ﬁrst time in most people’s living

The fractious debate was shaping up to

memory, this July, sashes and regalia will

resume again this year before COVID-19

stay in their cases, instruments will remain

Just Another Saturday - a photo essay by James Carney 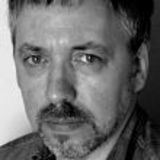