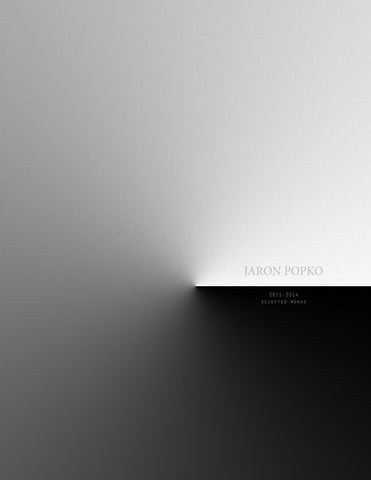 The projection of digital native art requires a surface to receive it. This essential surface was my starting point. I was initially interested in the notion of planes and how they could be manipulated in order to give a skewed understanding of the image. Through a series of repeated planar surfaces navigated by a labyrinth of circulation, the evolution of my project has witnessed the transformation from horizontally organized bays to a vertically stacked slab-like structure. The vertical slab is in itself one enormous projection surface. The pure exterior form is juxtaposed with the complex circulation system of escalators and moving walkways that shift past surfaces and through spaces. The labyrinth of escalators

and interior partitions create a dynamic spatial experience. Some art is only accessible while on one of these moving pathways. This provides a very curated experience of the art, both spatial and durational, which begins to speak to the ephemeral nature of art itself. The building, standing at 350’ tall and 400’ by 25’ in plan, is easily visible from anywhere within Skolkovo. The cladding of the museum is a technologically advanced ‘smart glass’ that can either be opaque, creating a purely white monolithic appearance, or it can be transparent, allowing the elaborate inner workings of the structure to be displayed.

Programmatically, the museum employs an interweaving of spatial organization. By offsetting the floors, every user is able to experience the spaces of the â&amp;#x20AC;&amp;#x2DC;otherâ&amp;#x20AC;&amp;#x2122; programs (exhibition, classrooms, artist studios, etc). It is a dynamic flow of user types within the same system, but still separate from one another. The museum-goer is constantly being projected through space and allowed specified views into the educational work spaces and visa versa.

Cranbrook Academy in Bloomfield Hills, Michigan is a place where there are drastic differences between the seasons. This variance was my initial inspiration for the design of a wellness spa. I situated my building on the line of a dense forest facing the original monumental entry to the Academy. This site allowed for a public front elevation but a very private and secluded rear elevation. Due to the harsh weather conditions and the architectural history of the school, my concept was to create a structure that put weather and time on display and monitors its own changes over time. This is done by a central void, open to the elements,

that has a glass stair through it that surrounds the user with the elements. In addition to the circulation, the entire building envelope also acts as a canvas to exhibit weathering by use of copper cornices, facilitating the staining of the stone facade. The front elevation facing the campus has no visible windows. Its focus is to exhibit the beauty of nature and its erosive properties. The back of the building opens up completely to the secluded forest, where one is now immersed in the nature. It is a progression from viewing nature as a corrosive force to viewing it as a calming sanctuary.

THE INSTRUMENT &amp; THE ATLAS METALEPSIS AS A LENS FOR READING THE CITY FALL 13 + SPRING 14

Architecture is an art of framing and mediating the experience and perception of the world through the activation of latent morphologies. Managing the relationship between the visible and the invisible, architecture performs a level of narrative operations, which share a border with literary theory. Both architecture and literature structure experience through means of spatial and temporal expressions, allowing for cross-disciplinary influence. This thesis seeks to uncover the analogical relationships that occur through inter-medial translation by exploring how the creative processes of reading, re-reading, and thus re-writing, which allow for an imaginative and cognitive pluralism, translate into a meaningful and creative architectural experience.

The literary realm of the fantastic employs narrative strategies that blur the boundaries of the visible and invisible, of reality and fiction. The writings of Jorge Luis Borges exist within this complex and dissonant landscape punctuated by constantly constructing and collapsing realities. His stories leave the reader with a feeling of the bizarre uncanny, but more importantly a sense of profound discovery. Looking at Borgesian narrative techniques, this thesis proposes an intervention within the city that provides the user with a similar disjunctive reading of reality, acting as an unstable atlas of the city. The project is a place for inquiry and understanding, an instrument for looking, a position for orientation, and a site for unearthing hidden and unstructured worlds.

The Atlas is a machine for the collection and facilitation of knowledge about the world we live in. It seeks to uncover and analyze natural and complex phenomena. Investigating architectureâ&amp;#x20AC;&amp;#x2122;s role in shaping and enhancing perceptual experience, the program provides tools that allow the user to locate, codify, and interpret his/ her findings and to visualize the complex relationships between them and provide new interpretative views. It is a place for inquiry and understanding, an instrument for looking, a position for orientation, and a site for unearthing hidden and unstructured worlds.

Tlön, Uqbar, Orbis Tertius is a topographical surface. It is a map. It contains a network of signs and traces leading in and out of its many entrances and exits. Tlön accomplishes a level of performativity. It performs. It creates. Using its context and elements of the familiar, Tlön manipulates and transforms the familiar into a new composition, providing new associations and interpretations. Architecture has the potential to perform in a similar manner, providing a new or different understanding of space, of building, of material, of history, of the city, even of one’s self.

EAST VILLAGE PENTHOUSE RENOVATION During my internship at SMH, I was able to put together several design proposals on my own, with the supervision of Henry Smith-Miller. Designing several options for the homeowners and producing renderings for the various designs proposals.

LUZHOU WATERFRONT REDEVELOPMENT The city of Luzhou hired BLVD to completely re-think all of the cities waterfront property. I was involved from initial conception and was heavily involved in the overall organizational ideas nodal concepts. I created many of the maps, diagrams, waterfront section renderings, street sections, masterplans of the various nodes, and design guidelines. I was also repsonsible for the organization and layout of much of the finished design proposal document.

LANGZHONG CITY EXPANSION The expansion of the city of Langzhong is another project that I was able to work on during my time at BLVD. Working closely with the project designer, I was in charge of creating several rendered perspectives, site sectional studies, and supporting diagrams.

The masterplan to the right is a diagram showing building height massing. The sections on the opposite page show different areas along the waterfront development. The perspective below shows a typical plaza space between a residential/commercial district.

the story within a story 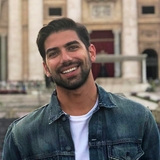