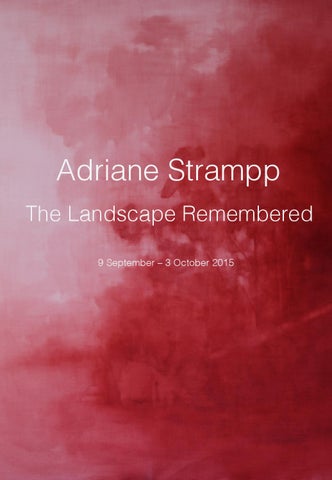 Adriane Strampp is a Melbourne-based artist. Her current work explores earlier concerns, pruned down to core elements both in subject and colour, examining the subtleties and nuances of memory and experience through poetic imagery and personal mythology. Current influences range from Gaston Bachelard’s The Poetics of Space to the writings and photography of Patti Smith. A romantic and figurative painter working through series over long periods, Strampp tends to focus on a central image as a vehicle only for the underlying message. It is not about the subject, but rather that which it conveys. The figure is often felt, but remains in absentia. In early work (mid to late 1980’s) the subject was the horse, sometimes heroic, sometimes damaged, but always passionate. This work was largely influenced by both the new German Neo-Expressionists of the time, and by English artist John Walker, who was highly influential during his residency in Melbourne art schools at that time. From the late 1980’s the horse was slowly replaced by the dress, often set in similar backgrounds and landscapes, and this successful series continued until the late 1990’s. After a studio residency in Italy in 1998, and the final series of Renaissance inspired dress paintings, Strampp began to deconstruct earlier work, often reworking a smaller detail into a larger work in its own right, such as a textile detail from the dress, or a background detail into a major landscape. Today Strampp’s work takes another look at the landscape, in a quieter and more contemplative manner, together with the use of a limited palette. Her work continues to explore the intangible and evocative, that communicates before it is understood, and the importance of and relationship between scale, surface and the poetic image through a method of layering and reduction that reflects the experience of connection, through history on either a personal or broader level. Subject and shadow are indeterminate, and the viewer is drawn into the work to decide between what is ‘real’ and what is not. More importantly, it is hoped that the viewer will experience a connection of experience through the work. 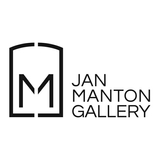