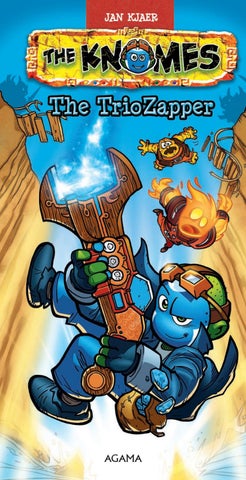 Monto and the Forest Pirates When pirates attack The Knome Village, the Food Knome Monto must use his knowledge about the plants and fruits of the forest for other than cooking...

With lots of interactive elements and Read to Me function.

One day the Knomes have a visit from a very odd couple. Fire fairy Flame and rock monster Feather have come to ask Princess Zika for help.

My name is Flame. My tribe lives on the outskirts of Knome Forest where a horrible gang of robbers have settled and they attack us and steal our food!

â&#x20AC;&#x153;My tribe lives in caves along the edge of Knome Forest,â&#x20AC;? continues Feather in his deep voice.

The robbers have also attacked us and they will certainly soon attack The Knome Village! We must help each other to stop them.

“This gang of robbers must be stopped,” she says And of course we will send our best Knome to do the job.

But Zika isn’t sure who she should choose. “We will have a contest!” she finally says. “Whoever wins goes with Feather and Flame.” The Knomes cheer. They love contests. Princess Zika makes a plant grow out of the ground. Its big leaves form a shield around a small berry. Then she draws a line in the sand and exclaims:

The one who stands behind the line and shoots down the berry is the winner!

The red Warrior Knomes cheer. They love target practice, so it’s perfect for them! They rush off after their bows, arrows and spears.

“Why is it always only the strong Warrior Knomes who get to go adventures?” sighs Inventor Knome Envo. “We Inventor Knomes are never allowed to be heroes!” Envo is fed up with building trampolines, catapults and other practical things for the Knomes. He also wants to go on an adventure.

Envo works all night on his new invention. He discovers how to draw energy from the Knome Forest’s crystal stones. He thinks really hard as he hammers, bangs and screws.

Envo finishes just as the first rays of sun hit The Knome Village. The Warrior Knomes have also been busy all night trying to shoot down the berry - but without success. “It’s an impossible task,” they say, shaking their heads. But then along comes Envo. He climbs up on a branch and hangs a mirror behind the berry.

Then he climbs down, stands behind the line and reveals his invention: A TRIOZAPPER! A ray gun that uses the power of The Knome Stone to shoot energy rays.

ZAP! it goes as the TrioZapper emits a blue ray of energy. It hits the mirror, is reflected and knocks the berry down to the ground!

“Hey, he cheated!” the other Knomes shout as Envo hands the berry to Princess Zika. “Not at all,” she smiles.

Envo was behind the line when he hit the berry. That was the only rule.

Princess Zika turns to Feather and Flame. “We have found our chosen one,” she says proudly. Envo packs a bag full of energy crystals and then he’s ready to go. Flame and Feather try to hide their disappointment. They had hoped to have a strong Warrior Knome come along with them. But Envo is so happy. “Whoopee,” he thinks. Now I’m finally going on adventure! 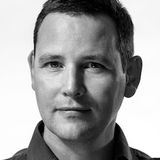 The inventive Envo invents the most amazing things for the other Knomes’ adventures. But because he dreams of going himself, Envo invents...

The inventive Envo invents the most amazing things for the other Knomes’ adventures. But because he dreams of going himself, Envo invents...