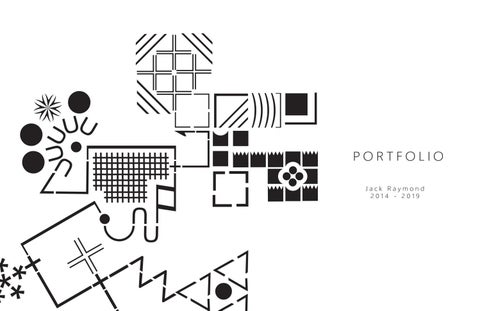 TEMPORAL TOWER United States Embassy Mexico City, Mexico Autumn 2017 Gui Competition Second Place Studio Critic: Justin Diles The United States and Mexico have a complex relationship that changes over time. At times our relationship is progressive and full of promise, while others seem more destructive. This embassy complex expresses the temporality of our international relationship, communicating both the current state of our countriesâ&#x20AC;&#x2122; diplomatic affairs, and the possibilities of the unpredictable future. The project consists of a tower composed of loosely arranged pieces on the urban edge of the Paseo de la Reforma, and a landscape of fragments that organizes the site into courtyards and plazas at the scale of the surrounding context.

The office where visitors come for visas, public affairs, and citizenship inquiries looks out into the consular courtyard. Its waiting room has a peaceful reflecting pool. E

The landcape behind the tower ushers visitors who enter from the Paseo de la Reforma into a series of courtyards.

In the tower are the secured functions of the Embassy: executive, political, and economic suites, Ambassador's office, recreation and health facilities, with a residential suite for government officials. In plan, forms separate and collide, forming connections from office suites to conference areas, and ambassador offices.

The embassy tower appears monolithic, yet reveals a thin shell. An illustionistic facade changes the appearance of the building with the distance of the viewer. It offers a colorful icon to Mexico City.

language to speculate on a future of adaptability and collectivity in contemporary digital culture.

can’s “Composition Non-Composition” as our predecessors, we revise the method of typography as a generator of architectural language: what latent possibilities are present when you trade the typewriter in for the computer? The typewriter has a limited range of expression and produces a gridded organization by the nature of its movement. It is predisposed to generating a repetitive, gridded infrastructure. Rather than a repetitive infrastructure, we propose an open source model for urbanism that encourages adaptability and variation. The spirit of individualism and rebellion is present in the architecture produced by UrbanDings.

The nature of the typewriter is to work linearly and in permanence. It does not allow modification after the fact, nor erasure. But the possibilities of continual editing make the importance of an infrastructural framework irrelevant. With software like Microsoft Word and Adobe Illustrator, text can be modified and remodified in infinitely variable ways by adjusting typographical parameters: backspace, kerning, leading, boldness, italics, scale, orientation, justification, positioning, color.

We analyzed the relationships created by the adjacencies between multiple characters. By placing characters together, we could think about figure-ground relationships, transformational diagrams, superfigures, conform vs nonconform.

We typed a series of compositions in Microsoft Word and Adobe Illustrator informed by our spatial players and spatial resonances.

These are our “spatial resonances.”

We grouped them based on part to whole relationships, from individual figures to collective compositions in order to form ideas about types of worlds.

These are our “spatial players.”

We have developed a font that appropriates universal, “common denominator” symbols to create a base typeset to be modified, altered, and otherwise adapted. We were particularly interested in symbols which operate in multiple ways, across multiple fields.

Using digital modeling techniques, we add a third layer of translation: as Illustrator increases exponentially the possibilities of type, Rhino allows us to represent the latent three dimensional suggestion in the compositions.

The Resistors: Some characters from exitsting documents that we translated did not have characters assigned in UrbanDings when we changed their original font. Those that have not assimilated stand out. This is a tragically xenophobic environment.

Characters in The Noodle World naturally conform to one another, clicking into position one by one. They suggest preservation and development over time. Perhaps we can approach interplanetary settling with an interlocking kit of parts.

Our urbanisms are presented on aggregated pedastals, in the formation of the Dymaxion map, suggesting an unlimited range of scales: L, XL, XXL, XXXL, XXXXL

UrbanDings is an open source, downloadable font that can be installed on anyoneâ&#x20AC;&#x2122;s computer.

The Holmes County Arts Center unites cultural elements of art, performance, education and health into one facility. By nature of its progam, it is an integral piece of the community: its form suggests that it is locked in place, solidified by contextual relationships. The heavy, rocklike facets seem to erupt from the ground. Although its forms are distinct from one another above ground, they are linked below in a subterranean interior, providing openness and encouraging movement.

use intersection to divide program into quadrants

A thin canopy connects the communityâ&#x20AC;&#x2122;s library to the senior center across the site. A cross axis which provides access to the roof of the canopy is formed by straightening the jog in the siteâ&#x20AC;&#x2122;s adjacent road. This cross divides the project into four distinct parts which house specific pieces of program- Administration, Arts Education, Health, and Performance. Clerestory windows cast light down the walls and into the center of each space. 12

Stacked classrooms, offices, and workrooms rise from the lower level of the arts center as pavilions that break through the jagged roof. The entrance canopy protrudes from the faceted forms, inviting visitors into the heart of the building.

NINETY-SIX HOUSES Housing + Ideas Factory Spring 2018 Vertical Studio Studio Critic: Rob Livesey The neighborhood of Franklinton is becoming an industrious district for Columbusâ&#x20AC;&#x2122;s creative community. The ideas factory is a facility that provides artists and entrepreneurs with the space and resources they need to invent and innovate. Along the bank of the Scioto River, the ideas factory and an apartment complex are united by large complimentary curves. The high-rise artist housing gestures towards downtown Columbus, referencing the urban condition across the river, while the ideas factory and gallery invite the adjacent Dodge Park into the site by a sweeping landscape.

The single loaded corridor switches sides as the apartments wrap aroung a private courtyard, ensuring all units face south towards the riverside.

A) The opposing curves of the artist housing and ideas factory form a gate, inviting the neighborhood of Franklinton across the site to the river bank. B) A sweeping gallery wraps the ideas factory under the rooftop park. Retail on the ground level pulls people on the sidewalk into the site towards the lobby. B - Ground Plan 15

Painting and sculpting studios wrap the mezzanine level of the ideas factory, giving artists views out towards the river. The floor of the Ideas Factory is lined with storage rooms, machinery, and fabrication tools. Art and installations from the factory are taken into the gallery for display.

Church of the Autostrada, Florence

PROJECT N - JAPAN Principal: Mitch Hirsch Designers: Jack Raymond, Olivia Huang, Cory Frost, Amrit Pilo WIthin envelope and zoning constraints, we have shaped the mass of this mixed-use high rise tower to address multiple scales. The podium brings the scale of the tower down to the ground, supporting retail at the level of the street. Setbacks at the top of the building create views towards distant landmarks. 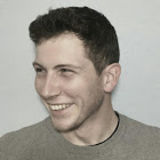