The art of Kaushik Dolui 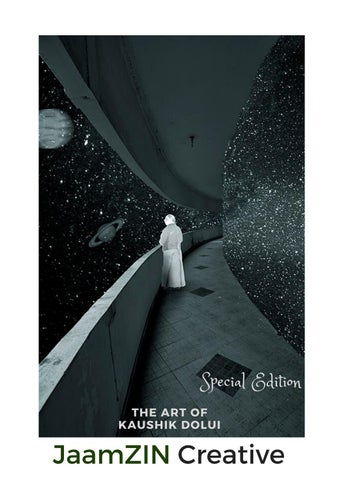 Visual artist Kaushik Dolui is working and living in Kolkata. He graduated and completed Master Degree in Economics from Calcutta University. He participated in different photographic salons under FIAP and PSA patronages and won many awards/acceptances. His works were also published in Dodho, 24 works in editor&#39;s favourite in NatGeo , and Gold winner in Tokyo photo awards 2018 (tifa) in fine art/collage category.

How did you begin to develop an interest on photography?

In my childhood days, I did the drawing and painting, later in my mid-twenties I developed an interest in photography. I also completed a photography course form a local institution in Howrah, during the period of analog era. Earlier for two/three years casually I used to send photographs in different national/ international salons but without any success. One of my friends Sh Goutam Chatterjee helped me a lot at that time. My first international acceptance came from a FIAP salon of Hongkong in the year 2005. Slowly I started thinking about it seriously and decided to move on further. Later I participated in different photographic salons under FIAP and PSA patronages and won many awards/acceptances over the time and it is still continuing and received Excellence FIAP Honors from Federation de lâ&amp;#x20AC;&amp;#x2122;Art Photographique in 2009.

Amongst all the awards and acceptances, which is the most interesting or exciting for you? Why, and which work was it for?

Certainly there were some works where I involved myself more passionately gave me immense pleasure when that works were rewarded. But at the same time some works failed to do so. Anyway I never give up. There are some works namely ‘Different moods’ Modern living’ Parallel lines II, Time of Departure etc. had been the most rewarding. In some cases I tried to convey a social message about the loneliness, despair, anxiety and lastly social isolation of old age people, sometimes I try to unravel loneliness of our modern city life and sometimes adjustable layouts of lines and forms from different perspectives or angels.

The human civilization, after centuries of existence is in need of a new home, the space settlement. It is a simple concept developed to overcome the dangers which the human species is facing in the near future. Earth is surely the right place to live with all the resources needed for mankind to survive. But like anything else it is limited also and our future generation will face scarcity of resources. It is a complex structure providing the essential needs for a person to live, which is constructed in space and all the images are made in a creative way. In simple words, It would be something where people would live, work and survive their life but we become more lonely at the same time in this universe..In near future we can built giant spacecrafts involving every amenities for the existence of human species in free space and live in them. My intent is to enhance the imagination of the human beings to think in terms of longer time span and feel what this universe will look like in a longer time span, instead of just considering our personal and immediate desire. This is all about the imagination of our future settlement in this universe.

Which is your personal favorite style or &#39;golden rule&#39; that you embrace about composition in photography?

Over the time I always wanted to create something new and in a broad sense something new to this world, not just capture an image or not stealing from reality. I have developed my own style where I can establish my feelings more intensely. I always tried to capture the photographic elements in such a way that later I can develop my dreams, self-expression in a unique way. I try to convey a quiet stillness of emotion with a deep thought to the natural surroundings creating the unique vision. I never tried to stick any rules or styles for a long time .I believe, over the time everything changes and it also affects the thinking of composition in photography.

What is your special way (technique applied) to create intrigue in the minds of the viewer of your photographs?

Particularly in this project, I have tried to outline a future universe. How do we live in the near future? What would life be like there? But one thing makes me think that way. We all will be left alone in the void. An infinite emptiness will cover the whole universe. As far as technique is concerned, itâ&amp;#x20AC;&amp;#x2122;s all about imagination, for that physically I captured photographic elements by digital camera or sometimes I use my i-phone also and later I edited through software using many filter effects that suits my imagination. You may call it a dream.

What would you recommend people who want to make photography works of art as yours to start (doing, tools or practices) with?

Firstly I utter the old saying â&amp;#x20AC;&amp;#x153;always follow your heartâ&amp;#x20AC;?. Nowadays, there are numerous photographic platforms, many salons many awards/ acceptances etc. Everything fine, but what is eternal, we should think about that. Before we die, we can pass this world something new, which the future world will remember and act accordingly.

The art of Kaushik Dolui

Visual artist Kaushik Dolui is working and living in Kolkata. He graduated and completed Master Degree in Economics from Calcutta University. He participated in different photographic salons under FIAP and PSA patronages and won many awards/acceptances. His works were also published in Dodho, 24 works in editor's favourite in NatGeo , and Gold winner in Tokyo photo awards 2018 (tifa) in fine art/collage category. 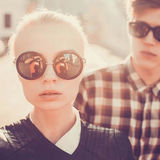