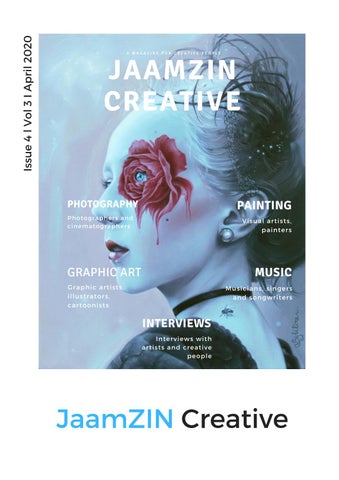 Pere Ibañez Spanish artist Pere Ibañez resides en Beijing, China since 2007. His work draws inspiration from the dramatic and suspenseful styles of classic horror films, images that seek to explore aspects of human nature that often go underplayed and trivialised. Instead, through photography and poetry, aiming to magnify both the falls and ascensions of the human experience through the camera lens. “All Things Come To An End” is part of his upcoming 10 year collection and photo-book ´X Selected Works 2010-2020´ to be released this coming fall.

Sarosh Hussain Sarosh possesses a professional background in International Development, Strategic Communications and Cinematography (film and digital). He utilizes the viewfinder to capture moments of humanity, humility and reality, thereby lending to how we understand each other. The goal for Sarosh is to facilitate critical thought, reflection, empathy and joy through imagery and motion picture.

Ulyana Korol Ulyana Korol is an experienced contemporary painter from Ukraine whose works have been featured in solo and group exhibitions internationally. She works in the technique of mastichin fine art oil painting. Her canvases emit a warm light and highlight the beauty of nature. Ulyana draws her artistic inspiration from travelling.

Jutta Bressem Studying Painting and Design with a Diploma at Academy of Art and Design Wiesbaden, Germany. My work is a combination of the current inner mood and the mastery of the craft.Â I go on a search and follow my intuition, starting with a series of random drawings, roughly outlined areas of colour, which are revised, changed, corrected, discarded or accepted in the course of time.

Bansri Chavda Bansri is an indian painter living and working in Mumbai. She thinks of herself as “a storyteller of the world about us”, raising the relevant questions about life, soul and awareness. She works as an art professor teaching visual expressions at Ecole intuit.lab in Mumbai which is a Paris based Institute. She works with art galleries in Rome, Miami and Arizona.

Tania Chanter “I have always had a love of the ocean,” says artist Tania Chanter. “The depth and richness of the colours, the complexity of the sky, the churning foam of the ocean on stormy days and the sunlight playing through tall grasses as they bend and wave.” Tania’s abstract works capture the rich colours found along the Australian coast, and draw on the power and drama of storms, sunlight and the ocean. Using brushes, knitting needles and her favourite tools, her hands, the artist adds layer upon layer to each canvas until she is satisfied. What results are alluring, sensory pieces that are full of energy.

Misako Chida Born in Yokohama, Japan, shestarted painting on her own at the age of 30. Since 1999, she has been living in Dalian, China, where she has been participating in various art competitions and exhibitions and happily paints every day in her studio. Her current passion in art is to create more of her modern abstract works, in which she mainly focuses on expressing the sense of flow and purity of colors. It is her devotion and happiness to keep creating new artworks in continuous experiments and bring joy and pleasure to the viewers through her art.

Crystal Jankiewicz Crystal Jankiewicz (aka Smushbox) is a contemporary painter and illustrator from Detroit, Michigan and graduate of the College for Creative Studies with a Bachelor of Fine Arts degree in Illustration. Her illustrations use imagery from dreams, expressing a combination of beauty and horror with a pop culture twist. She spends her time traveling to comic conventions around the midwest, working on freelance projects and showing her art in various galleries around the country.

Li Zhien Born in Dalian, China in 1971, he has been constantly creating paintings, installations, and calligraphy and video works. Since 2012, influenced by Buddhism, he has been using the Chinese character “ (meaning love)” as a major element to carry out a series of his artistic creations. His main works include landscapes composed with the word “

爱” and his Love Horses, which express

Buddhism and Zen from his point of view and convey the value and meaning of life.

Scott Benites Scott Benites, a New York art prodigy, is showcasing his unique pieces with upcoming exhibits and pop up galleries in 2019 and beyond. Benites, thanks to his quirky style, is highly regarded as the next best contemporary painter.

Sybiline Sybiline is a contemporary painter born in 1976 and living in Quebec, Canada. After receiving her Bachelor’s degree in visual art at Laval University, she continued her research on traditional techniques of ancient painting.

Kata Koleszár My name is Kata Koleszár. I’m a Budapest (Hungary) based artist. In my paintings I am critically scours the world’s image of beauty to fully understand it’ s impact on our societal world view of the human body. I imagine the utopistic beauty without any category. In my new artworks my interest turned from bodies to forests, gardens and flowers, representing the beauty in a very different way. These two artworks are part of my latest, six pieces series . I made them between 2018 and 2019. Two years ago I was travelling a lot to Netherlands, Scotland and Switzerland and saw several artworks of Rubens. I was impressed by his colors and chubby figures. Those times I was still focusing on human body in my own artworks. He had a great influence on me therefore I made this six pieces series and named it Love in the Forest.

Marcus Aitken Marcus Aitken is a contemporary artist and painter, living and working in South London, recently named as Saatchi Arts top 20 emerging artists to watch in 2020.  Marcus’ paintings are a series of process led works. He uses a combination of layering, distressing and blending to build a multifaceted surface, adding a sense of depth and drama to the work.

Geoff Greene When I was about 16 I had a friend who could draw a perfect motorcycle just pick up a pencil and with a few precise strokes make an ideal “Harley hog” appear on the page. Perfect apehanger bars, perfect dual throne seat, the rear-sweeping, high-flown pipes it always came out the same, always exactly perfect. You could almost hear the darn thing roar.

This excited something akin to envy in me and I tried and tried to mimic his drawing, but mine never came out anywhere near perfect. Quite frustrating, and even worse, after a while my drawings didn’t resemble a motorcycle at all but morphed into a horse or a giant bird shooting flames from its mouth or a naked dancing girl. Yet one day, looking over my failures, it occurred to me that in my flopping around was doing something else, something much more interesting.

Patrick Palmer Patrick is an established artist specialising in the female form – subtle, classical nudes in oil and red chalk. He left a successful career in media at the age of 40 to pursue his childhood ambition. After attending life-drawing classes for 15 years and studying at Heatherleys (London) and NCAD (Dublin) he now exhibits at a number of galleries in the UK and he teaches at The Old Court in Windsor. His work is featured in 'Images of Women in Art' and on the cover of 'Musings of Miss Yellow' (both available on Amazon).

Harald Dastis Harald Dastis was born 1952, in Germany. He has now lived in France since 1975. Harald is a poet, painter, and a composer too. He is also a professional German teacher and he has a passion for Indian spiritualism.

Parisa Diba A native of Iran, Parisa grew up outside of Tehran, surrounded by the natural beauty of streams and mountains and her family's orchards of walnuts, peaches, and cherries. She has always loved to paint, so at the age of 12, she was picking up dried mountain flowers, painting and selling them in neighborhood cafes and few years later she started making her own handmade postcards and selling them in gift shops.

Pommes I am Pommes. That’s german for french fries :) I’m an illustrator and graphic designer born, raised and studied (design) in Mannheim, Germany. Seems that I pretty much love this town and my wife, she's from Mannheim, too! She transforms my world into a huge all-you-can-eat donut store. Mmmmhhh donuts. I love fried stuff…and my couch and skateboards and black coffee. Ok, sorry. Now back to some serious stuff… During the daytime I work for my pay check in an very lovely and familiar agency in the heart of the city but when the sun goes down, my coffee overdosed, deep fried mind tries to compensate all the clients feedback into my personal work with no ifs and buts. Yep. This is me. I am Pommes.

Petunia Petunia, Guatemalan graphic designer and illustrator, currently based in Spain studying a Master’s degree in Graphic design and Illustration. She likes the fact that the history behind a picture can change depending on who’s appreciating it. Every piece of art has to evoke feelings, and that feelings can change with the mindset of every person.

Thomas Jourdan My name is Thomas Jourdan, living in Germany. I came from coding and mathematics to art. In the 1980er I wrote my first program for a numerical controlled plotter. Years later I was working on genetic algorithms to calculate abstract forms and color palettes. Now working on a rule based generative system. Many of my 3d images are made by using algorithmic rules to generate the geometry and the placements of all the objects. My images are often inspired by by things I in see nature like branching structures, flowers or the texture of stones. By using algorithms an abstraction layer is introduced into the creative process. In this way the viewer is free to interpret the image in her own way.

Ivan Romanho Cid I was born, raised and educated in Santiago de Chile. I moved to the States to pursue a career on Television but my priorities changed and I became a Contemporary Artist to fully express myself. I am interested in social issues related to justice and inequality, presenting characters as witness of social disparity, with a narrative that speaks with passion in every brush stroke, taunting directly to the eyes of the viewers and make them think and get inspired.

Ian Turnock My sculpture is inspired by pattern and symmetry in nature. One of my main sources of inspiration are the silhouettes formed against the sky by tree foliage at different times of the year. The spaces between the branches and leaves are just as important, a concept known in Japanese gardens as ‘Ma’, and is akin to the silences between the notes in music. Sometimes it is the gaps I am looking for just as much as the leaves themselves.