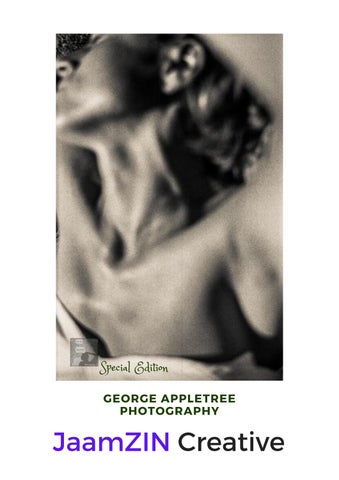 "Born in 1958 I went to University and got Naval engineer degree (Naval Architecture). Early I started interested in photography. Developing my own skill thanks to readings, lectures and workshops, besides being more and more interested in art and visiting exhibitions and museums."

I met important photographers like Joseph Koudelka inspiring me to get a panoramic camera, Ferdinando Scianna who perhaps made me finally visiting Sicily, RenĂŠ Burri to whom I gave a cuban cigar as a present in a musical evening on a lake, to Larry Fink gently sat on the grass, Silvia Plachy who reminded me all I didn't know, Antoine D'Agata who briefly told me once about his nomadic life, Anders Petersen who called me George and made me think to adopt my artist name and recently to Vineet Vohra who taught me about layers among other things. And Martin Parr and William Eggleston. To all of them my gratitude. A few exhibitions have been in the way in some small private galleries in Spain and Portugal. Since some years ago my page in Saatchiart serves me as a source of improvement, exhibition and contact with some other artists.

When did you first figure out that you want to be a photographer?

I think I was growing in the idea little by little. I got a Polaroid camera in 1993 and with it I made an interesting piece of work. Then I didn't figure out well about photographers or trends, just I liked watching artwoks, for instance David Hockney photographs which inspired me then. The joy of having a camera and getting the photos (specially if straight on from a Polaroid) was new for me, other than many shots of friends and trips I'd taken before. I still keep all those slides in boxes. I forgot the Polaroid camera in a taxi trunk and that was the end of that work.

Though I made many attempts (those Polaroids were exhibited then), it was and still is hard for me to fully realize it. My father was a photography amateur; I run my technical career and kept on studying photography by my own and taking photographs. Yes, I always needed art or a way of expression out of that work stuff.

What are your real interests? What motivates you?

To make a living is a good one. The idea of reaching a solid style was always a pursuit. In some manner I have been trying to learn in workshops and books. Trying to use criticism to discern what to do and what don't. Talking to some important photographers helped me probably to look at my own work in a different manner, but at the end things get out by themselves. I know what interests me and what doesn't. For example I am alwais avid of including people in my photographs, which by other side supplies me another comunication with the world. That interested me in some point very much. Also I am not interested into creating fantasies with my photographs, for instance through digital technology.

But, coming from a different world, I always realized there always was a lot of purism inside the photography world. Purism which meant for example not to be pictorialist (remember the secesionists in the times of Stieglitz), not to crop your photographs, not to modify them etcetera. So, maybe one day I start using photoshop to start a new chapter. I like, even admire some of the digital artists who excell that technique. Now I'm making some cyanotypes and writting on them some times. And that also helps, perhaps not to break the rules but to be a bit out of the box. My last interest is to feel free to take photographs. Then all my inner world will be in them.

How did you begin as a self-taught photographer?

I never thought very seriously in coursing in a photography school. Perhaps because I came from another academic world. So, all I did was starting buying books of photography; first technical ones, later author ones or monographies, then books about photography history, later photography essays and so on. I read nearly all of them from beginning to end. Starting coursing lectures and workshops with great photographers. Some from Magnum and some others. With time I started having a big amount of photographs; negatives and digitals. Then, my own school were all of them. They were in some way forgotten for myself. And I started looking at them with a different eye. Learning from them. Looking for their inner meaning.

Which are the renowned photographers that impress you the most?

I always admired Ansel Adams. Perhaps because he was so close to nature. I got a big book of his photographs as a present at the time I was taking those Polaroids. A curator told me once that my photographs have a rythm. I liked always music and Adams was a pianist. Later came Man Ray; I liked of them his sense of life, all that connection with artists in Paris, surrealism. A real historic times of modern art. His book "Self portrait" was one of my readings. But later came people like Walker Evans, who wanted to be a writer, or Robert Frank. And later Diane Arbus, some of her photographs are inmense. Later my interest for street photography. After visiting India nearly twenty years ago, I started photogrphing people. Till today. I never had the occasion to buy a good book of Garry Winogrand, so I bought an excellent one recently. And many others really. But, from all of them my very favourite finally was Jackes Henry Lartiue. He made people fly!

What are your views on abstractions in photography?

Abstraction is what makes photography to share with art. Abstraction means to unattach from reality. Photography developement was followed by art movements like impressionism, cubism, futurism, collaterally surrealism to end into abstract expressionism. Many photographers want to make compositions inspired in that last movement. But for me (perhaps a purism remain) abstract photography needs to be in touch with the real, not with abstract expressionist paintings. There are a lot of colors, lines and forms in the real world which make perfectly the job. I'm interested in experimenting. I made a few pinhole cameras, for instance. I like panning my camera if I don't find a better subject some times. But I don't look for abstraction by itself. I see it through the viewfinder. That needs eye education.