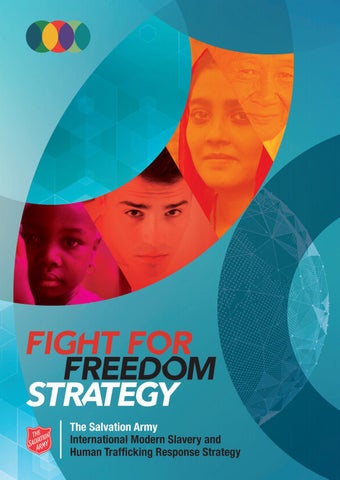 The Salvation Army is deeply committed to fighting modern slavery and human trafficking (MSHT). We have a theological and historical mandate. We believe The Salvation Army is uniquely equipped and has a role to play in this fight for freedom. Salvation Army co-founder Catherine Booth said: ‘If we are to better the future we must disturb the present.’ In that same spirit, we are dedicated to partnering with God to work towards a world filled with justice and freedom.

1865 – The birth of The Salvation Army as The Christian Mission. 1885 – Britain’s ‘Maiden Tribute’, which advocated to change the law for the age of consent from 16 to 18. 1891 – Lights In Darkest England. William Booth opened a match factory to provide a living wage and fair working conditions for its workers.

An estimated 40.3 million men, women and children were victims of modern slavery on any given day. Of these, 24.9 million people were in forced labour and 15.4 million people were living in a forced marriage. Women and girls are vastly over-represented in these figures, making up 71 per cent of victims.

Along the way, international collaborations and partnerships were built. 71%

2019 – The Pan-European Campaign to stop the demand for cheap labour.

• Victims and survivors of MSHT in all its different guises.

• Women, girls, men and boys at risk of MSHT. • The families and friends of those who have been trafficked and/or exploited.

THE FIGHT FOR FREEDOM IS INTENDED TO SERVE:

include AND TO REDUCE THE INCIDENCE OF MSHT BY WORKING WITH:

• Perpetrators of human trafficking and their families.

• People who create an increase in

THOSE PARTICIPATING IN THIS JOURNEY INCLUDE:

• Everyone is welcome – Salvation Army

officers, soldiers, employees, volunteers and friends. All are needed in this fight, because the fight is everyone’s.

MSHT by using services or buying products created as a result of that exploitation.

The Fight for Freedom strategy seeks to ... achieve a strong and sustainable MSHT response in every Salvation Army zone, territory, command and region, with it being embedded in Salvation Army structures by

Building capacity for an MSHT response in all five Salvation Army zones, putting in place systems that support this response and encourage new initiatives around the world, based on the Freedom Action Framework

Support survivors through legal proceedings, enable the prosecution of offenders and work with offenders to restore a relationship with God and society.

PROSECUTION Every corps is a resource in the battle against modern slavery and human trafficking. We are often serving in communities where no others are able to reach.

Be ready to collaborate and network with others to achieve our goal.

Raising awareness and addressing the root causes of modern slavery and human trafficking is a vital element of prevention.

This is an essential practice in the fight against modern slavery and human trafficking.

POLICY The Salvation Army has a holistic view of health and seeks to assist survivors regain their physical, mental, emotional, relational and spiritual health.

Ensure our response both contributes to and receives from research.

We will work towards four main outcomes

An international and zonal system of coordination to respond to MSHT.

Salvation Army personnel are aware of and recognise signs of MSHT, and have a basic understanding of the needs of survivors.

There is internal capacity to practically address MSHT as it presents itself in the local context.

A seamless global network exists between territories, commands, regions, contact people and practitioners based in communities of practice, which are coordinated zonally and internationally. FIGHT FOR FREEDOM 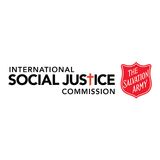