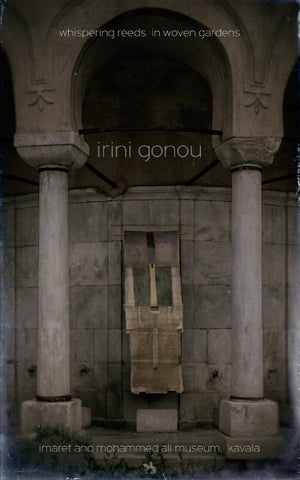 The advent of modernity ushered religious arguments out of mainstream intellectual discourses in the western world; the production of art followed suite. Sacred iconography, which dominated artistic output until the eighteenth century, was pickled in the hallowed context of art history. Secular concerns dominated the development of contemporary art; unfamiliar symbols beyond the metaphysical were enshrined in the visual language of ‘popular culture;’ corporeal entities attained characteristics of sanctity heretofore reserved for supernatural beings. However, despite the widespread appeal of these new symbols and ‘saints’ in twenty-first century globalised societies, their reach remains limited and their lifespan short. Icons of protagonists in religious narratives may largely be redundant but their attributes and other, ‘humble’ or indirect manifestations of sanctity continue to yield power over the collective subconscious. The image of a bodhisattva on a banner may be an art historian’s prerogative but the banner itself remains a powerful symbol, an indicator of the holy personage’s authority. The sign of the cross may have had its potency diluted by myriads of associations but random pieces of weathered wood still spark emotion on a level beyond the conceptual or the aesthetic, the core avenues for approaching works of art. Similarly to ‘low’ smell and taste persisting when ‘high’ vision and hearing weaken, the attributes of sanctity, the wrappers of the holy images, shadow their energy. When confronted with the work of Irini Gonou, a surprise beckons. The formal qualities of her assemblages and installations, the muted colours, miniscule (for most illegible) writing, faded textures, aged materials and modest scale do not prepare the viewer (or should we say ‘mystic’?) for their impact. They do not evoke a set symbolic pantheon or correspond to the principles of art historical discourse. Instead, they operate on a level of embedded memory by tapping on the reserves of pre-secularised experience, when the world, as a whole and in its parts, was sacred. Gonou constructs a vocabulary of sacredness employing materials which are shared by many cultures, from the incantation bowls of Palestine to the sutras of desert oases along the Silk Road. It is these materials which enflame emotion and it is their spin-

ning, weaving, dyeing, stitching, carving, wrapping, aging, scribbling upon – their manipulation by the artist – which envelope them in the guise of the supernatural. Unseen relics hide within parchment-encased parcels; unuttered prayers linger on erased calligraphy lines; unperformed magic lurks behind thin veils. The work awaits the viewer / mystic to unlock the explosive potential latent in its serene shape. There is nothing anecdotal in this; an undisclosed world is alluded to; the rivers of ancient traditions reach a confluence at our feet. Such work begs to be excavated rather than encountered in an art gallery. Shunning unearthing performances, Gonou opts for a context of historical architecture, lived-in space, where the dormant forces are focused rather than diluted through their association with the genii loci. The vaulted roofs, deep niches and pillared porticoes of Ottoman architecture embrace and augment her work’s potency. Not so much in the aesthetic sense, although the manipulation of natural light in historic buildings is eminently sympathetic; but mostly in the way a sound box resonates with the vibrations of a musical instrument’s chords. And what about beauty and the pleasure derived thereof? Perhaps here lies the deepest sense of beauty as a merging with what is sacred and unutterable, as an experience at once alarming and sublime which brings us back to the primeval terror of love. George Manginis, November 2014

Whispering Reeds in Woven Gardens The exhibition â&amp;#x20AC;&amp;#x153;Whispering Reeds in Woven Gardensâ&amp;#x20AC;? is composed of seven in situ ritual installations integrating the restorative elements of the Islamic garden with the protective power of the written word in Arabic script. As a jannah or a bustan the Islamic garden and its archetype of paradise is nature in its tamed state and the serenity and harmony this provides. The arrangement and structure of my woven gardens - with articulated fields of plant-imbued fabrics irrigated with water-like indigo blue areas - are a reference to the Islamic garden paradigm. In the sequel, cotton, linen or silk cloths are dyed naturally with roots, barks, leaves or flowers and filled with their protective qualities. I explore the concept that in many traditional societies and cultures cloth is believed to be a living thing, it records life. And, as a storyteller narrates, filled with signs and permeated with plants, it can be a messenger emitting healing and protective essences. In Islamic culture script is considered to have magical force and the written word provides supernatural protection. My whispering reeds - which are both ornamental amulets and writing implements - are inscribed in Arabic with the verses of the Syrian poet Adonis, offering in this way their protection through art. Irini Gonou

Irini Gonou Born in Athens, Irini Gonou graduated from the Ecole Nationale Superieure des Beaux-Arts and from the Ecole Nationale Superieure des Arts Decoratifs of Paris, where she lived for eleven years. She has shown her art work in twenty eight solo exhibitions in Greece, Cyprus, France, Germany, UK, Belgium, USA and Norway. Since 2005 her visual explorations move towards the Islamic and North African Cultures as a part of the wide Mediterranean cultural area. In her recent solo exhibitions she is interested to the subject of the healing and protective power of the written word in Arabic script. In her works the poetic language replaces the magic formulas considering anew the healing properties of art in modern societies. Her solo exhibition Al-Khatt, the magic script in 2008 was a visual dialog with the exhibits of the Benaki Museum of Islamic Art in Athens. The same exhibition has been shown in the same year at Alatza Imaret in Thessaloniki, Greece 2012: A Tale of Two Cultures, Lahd Gallery, Hampstead, London, UK 2013: Î¤he Sheltering Word, Heyman Center for Humanities, Columbia University, NY, USA 2013: Talismans, Martinos Art Gallery, Athens 2014: Magic scripts-Apotropaic texts, Center for Middle Eastern and Islamic Studies, Chr.Michelsen Institute, Bergen, Norway 2014-2015: Whispering Reeds in Woven Garden, Imaret and Mohamed Ali Museum, Kavala, Greece 2015: Participation with Nitra Gallery at the ArtInternational Istambul 2015 Her artwork is included to the collections of the French Ministry of Culture, Benaki Museum of Islamic Art in Athens, Ministry of Culture in Egypt, HCH at Columbia University in USA, Historical Archive of the National Bank of Greece, the Research Center Mohamed Ali, to the MusĂŠe Ernest Renan in France, Museum of Contemporary Art in Florina, also to Municipal Galleries, private Museums and Foundations, and to a variety of important private collections. She lives and works in Athens and teaches regular workshops on the Mediterranean Scripts at the Benaki Museum in Athens. 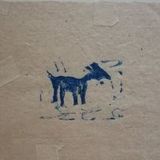