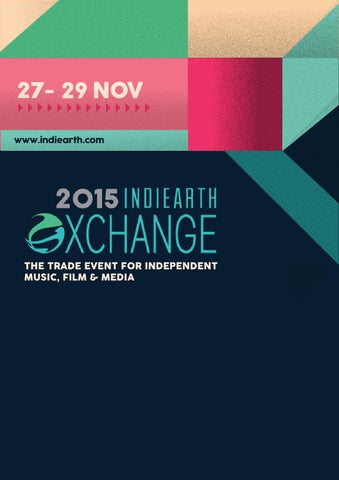 An EarthSync initiative, IndiEarth was born to support India’s independent musicians and filmmakers. Through a multi-dimensional framework, IndiEarth connects India’s artists and worldwide Media, and organizes resources for the development of artists and the industry.

Online platform connecting India’s non-mainstream artists and worldwide Media, promotion, and other tools and resources for the independent musician and filmmaker

A sustainable collective of networks and music markets in India and the region for Indian and international artists, IndiEarth network is a growing collective of artists and multi-country professionals joining hands to walk new paths in a fast changing landscape of the music industry.

IndiEarth has been working to develop audiences and bring change in the cultural landscape of Chennai through its music properties (IndiEarth At The Park), festivals (IndiEarth XChange, Covelong Point Surf & Music Festival), regular community film screenings (IndiEarth OnScreen), and regular programming of independent artists in Chennai and at international festivals. Bringing to South India and the neighbouring regions a unique cross section of musicians and films from different corners of the globe, IndiEarth works to introduce audiences to diverse new sounds and cinema. The 4th edition of XChange brings together an estimated 300+ delegates from 20 countries, for 3 days of conferences, workshops, music and fi...

The 4th edition of XChange brings together an estimated 300+ delegates from 20 countries, for 3 days of conferences, workshops, music and fi...