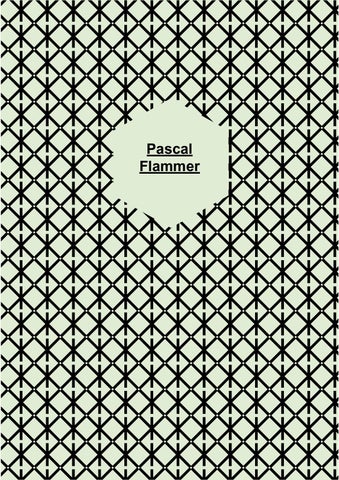 I believe good work (in general) doesn&#39;t root in solving a problem, but in inspiration, in the wish/fever/believe/hope/fascination/will/ideal/idea - in &#39;flow&#39;. And also, it&#39;s the nicest condition/ state of mind/ body I know to live in. So basically, the Porto Week is about this. Since I also think, that we don&#39;t get the condition of flow just with birth and livelong, we have to be curious and interested and happily try to hunt it! So, I propose that during the Porto Week we go and search inspirations, motors that drive us and lead us to make beautiful things. The goal was to walk in and around Oporto with the students and open ourselves to find stuff to appropriate them in our lives. We take photographs, talk inbars about what are our motors in life are or could be, collect also items we find inspiring and bring them to the school. Then, a selection of the objects/photographs and think of a very short text, describing what we like about it and maybe also, how we could imagine to appropriate it, change it or continue it. At the end, we put the selected items/ photographs and texts nicely ordered to present in a final booklet.

Intrigue Itâ&amp;#x20AC;&amp;#x2122;s always for little things that you get lost.

Presentism and Growing Block Universe Temporal ordering, relation among different series. The two series differ principally in their use of tense and tenseless to describe the temporal relation between events.

Reaching Out The only empty space around us is the one we make for ourselves.

Trojan Horse A tree that hides the forest Curiosity is the key.

Flowers The object is only a pretext

Why So Serious The life of a building is in constant transfornation.

Mysterious Way Itâ&amp;#x20AC;&amp;#x2122;s fascinating to follow a clue. Not knowing where we are going is mysteriously scary. And yet, we go ahead, with the certainty that there is always something to discover.

It becomes more intriguing to follow a little mystery than to be able to see all at once.

Roads The pureness is an inconscious contemplation, but the breeze is fresh.

Leaves (Wheatfield with Crows - Van Gogh) When the paths diverge, the animal instinct is no more than a fragile sense of belonging.

When strength lies in fragility.

The Beauty in the Ugly Somehow we make mistakes; misunderstandings sometimes make something extremely inspiring; thatâ&amp;#x20AC;&amp;#x2122;s how we get the essence.

Red String Ties you tight Once Twice Donâ&amp;#x20AC;&amp;#x2122;t pull With might

Imprint on White Canvas Woven by Cloto What will there be In this future unknown A reflection of you or of reality?

Transcendental Oposing Forces That moment when transcendental forces are trying to find equilibrium between what is fragile and powerful at the same time.

Such is Life â&amp;#x20AC;&amp;#x153;What are we doing here, that is the question. And we are blessed in this, that we happen to know the answer. Yes, in the immense confusion one thing alone is clear. We are waiting for Godot to come.â&amp;#x20AC;? -Samuel Beckett, Waiting for Godot

Playground The feet on the ground, the eyes look ahead. A city is always a playground of everybodyâ&amp;#x20AC;&amp;#x2122;s life. The view of the space between two walls becomes the playground of freedom.

Playground The feet on the ground, the eyes look ahead. There is a vision of a person free in perspective, any paysage would become the playground of freedom.

Adequate Keep your face to the sunshine and you will see no shadow.

Surface Things arenâ&amp;#x20AC;&amp;#x2122;t always where they are supposed to be and are not as they look like. Discovering the real thing means to look deep inside the surface.

Sea Terrace A woman borrows part of a public pedestrian path to settle items of her private life, creating a conflict between the intimate and the communal. Nonwithstanding, this picture portraits her alone, so all seems like a secluded spot for an afternoon of sunbathing and reading.

Untitled By breaking a defined rule we are able to explore new forms and new conditions in architecture.

Written Into Stone I am the opposite of somebody who wants to conserve everything. To conserve, for me, is like announcing death. 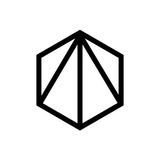