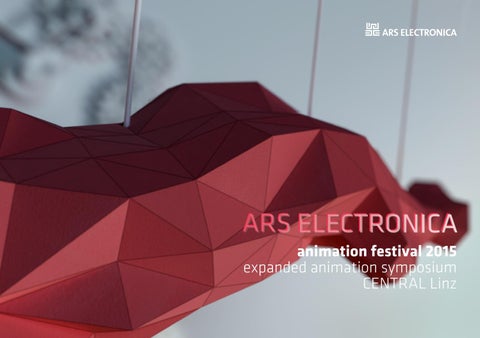 The Ars Electronica Animation Festival showcases the best of the 722 works that artists from 58 countries submitted for prize consideration to the 2015 Prix Ars Electronica. This is an annual overview of the world of digital filmmaking—what’s technically feasible; what’s aesthetically en vogue. One new wrinkle this year: the 2015 Animation Festival won’t be limited to a best-of presentation; the Prix Forum I - Computer Animation / Film / VFX, Expanded Animation and discussions about the entire program will be integrated into the proceedings. The screenings of the 13 programs offer plenty of opportunities to get acquainted with the latest visual creations of animated filmmakers. An entire program is dedicated to KoreanAmerican artist Erick Oh. New this year is a program spotlighting outstanding works honored with the International Students Creative Award. The works themselves represent the entire spectrum of genres and styles; the ethnic and national origins of the men and women who made them are no less diverse. The films are the output of animation artists’ ateliers, university departments, commercial studios and R&D facilities.

Deviations and Anomalies at the Intersection of Art and Technology September FRI 4th – SAT 5th, 2015

WORKSHOP: The dark arts of realtime alchemy, or how I abuse unity3d

A little less pictures, a little more space: expanded animation and the poetics of scale

Now You Touch It, Now You Don‘t: Experiments in Virtual Interfaces

Adjusting the Promise of Stereoscopy

Johannes Poell (AT) Following a multidisciplinary approach, Johannes Poell explores the information content of aesthetics and the aesthetics of information in unconventional ways. He transforms streams of data into procedural, spatial structures and uses them to generate sound. Alex Verhaest (BE) During her MFA year, Verhaest traveled to China where she discovered the Asian hacker subculture. She was invited to participate in a six-month residency at the island6 Arts Center in Shanghai where she joined the former artist collective Platform for Urban Investigations. She then traveled to Mexico wanted to DF, Eindhoven and Salvador da Bahia where she participated in group shows by the

collective at the Museo de la Ciudad de Mexico, the Van Abbe Museum and the Museo de Arte Moderna. In 2009 she decided to focus more on her own practice and to leave the collective, which resulted in participation in several group exhibitions around Belgium and the Netherlands. In September of 2013, her debut solo Temps Mort / Idle Times opened at Grimm Gallery, Amsterdam. She is currently represented by Dauwens & Beernaert, Brussels, and Envoy Enterprises, New York. Her work has been selected by several arts and new-media festivals and competitions; i.e. the FILE electronic language festival in Sao Paolo, the New Technology Art Award in Gent, TAZ Oostende and Arts Festival Watou, and her work is featured in the Akzo Nobel Collection. Alex Verhaest recently won the prestigious Japanese Media Arts New Face Award. Pascal Floerks (DE) Pascal Floerks, born 1982 in Worms, discovered his passion for animation early on, making his first films as a child. After successful completion of a media management degree at the Business and Information Technology School Iserlohn, he wanted to explore the creative side of media production and so decided to continue his education at the Filmakademie BadenWürttemberg. He gained plentiful experience as a character TD on numerous student projects and also professionally at Blue Sky Studios in the US. Back home in Germany, he has contributed to a multitude of projects for studios such as Polynoid, Woodblock and Studio Soi, most recently as lead character TD on the Oscar-nominated film Room on the Broom. In March 2014, Pascal concluded his studies at the Filmakademie with the completion of his film Bär.

Erick Oh (KR/US) Erick Oh is a Korean filmmaker / painter based in California, USA. His work has been introduced and nominated at Annecy Animation Festival, Hiroshima Animation Festival, Student Academy Awards, Zagreb Film Festival, SIGGRAPH, Anima Mundi, Ars Electronica and numerous other international film festivals and galleries world wide. After receiving his BFA from Fine Art Department at Seoul National University and his MFA from UCLA’s film program, Erick joined Pixar Animation Studios as an animator in 2010. Erick’s most recent independent animated film, ‘The Dam Keeper’ was nominated for the Academy Awards this year. Romain Tardy (FR) Romain Tardy is a visual artist, and focuses his work primarily in digital arts. Born on September 23, 1984, in Paris, he studied at the École des Beaux-Arts before working for various animation and post-production studios in Paris. He also worked as a VJ at numerous events in France and across Europe, which led him to further examine the complex connections between sound and image. With this experience, Tardy, along with three other artists, created the European visual label Antivj in 2008, which formed the base of his research and work on projected light and its influence on perception. He remained one of the label’s main artists until late 2013. His installations, which often use the technique of videomapping, are conceived as tangible experiences in situ and use light as a way to enhance existing architecture or

original structures. By examining our relationship to reality as we are confronted by computer imagery and the social changes that it triggers, as well as the way that digital technology is situated in public space, Tardy’s installations seek to evoke these current issues through a poetic approach. His work has been exhibited in more than 15 countries, including France, Sweden, The Netherlands, Poland, Switzerland, UK, Czech Republic, Belgium, China, South Korea, Japan, Mexico, USA (New York), Cuba... Anezka Sebek (ID/US) Indonesian-born Anezka Sebek has taught full time at Parsons in the MFA in Design and Technology program since 1999. She designs curricula in the BFA/MFA new media technologies such as virtual interaction (head-mounted and projected) as well as teaching in the BFA/MFA in Design and Technology studio and thesis courses. Before turning to teaching, her extensive career in the film industry included projects for television, advertising, documentaries and feature films. She was best known as a visual effects and computer animation producer for technologically complex projects that combined live-action with digital effects. She has written, produced, and directed music videos, narrative shorts, and documentaries. Ms. Sebek served on juries for ACM Siggraph Electronic and Animation Theater (2003/04) and Ars Electronica (2008/09/11/13). She now furthers her study of the human condition at The New School for Social Research. Her Ph. D. dissertation (2015) fieldwork looks at homeless women and children and the lack of educational and social mobility in post-industrial United States.

the capstone of which is an award winning film, [Vengeance+Vengeance]. His exploration of Transmedia is the animated short film “The Adventures of Barty and the Pirate” and an accompanying mobile game “Barty Run“. Devine Lu Linvega (CA) Devine Lu Linvega is a composer, illustrator and programer, based in Montreal, Canada. Operating under the Aliceffekt moniker, Alice is coowner of Beldam Records and EFLI radio, curating and creating a series of experimental electronic music releases. Sebastian Buerkner (DE)

Mark Chavez (US) Mark, an award winning artist, has developed systems and techniques for animation in many different media including laser light (LaserMedia, 1980), television, games (Acclaim Entertainment, 1993) and feature films, that allowed him to work as an artist, supervisor and director. Recruited by DreamWorks SKG (1995), he worked on visual effects for a number of their fully animated films. At Rhythm and Hues Studios (2002) he worked on visual effects for numerous award winning live-action films. Recruited to join NTU/ADM (2005) as founding faculty, he has taught and mentored numerous students who have gone on to become award winning entrepreneurs. He was granted major funding from the National Research Foundation / Media Development Authority (2008) for research,

Sebastian Buerkner (born 1975 in Berlin, Germany) lives and works in London. He completed an MA at Chelsea College of Art & Design in 2002 and was awarded their Fellowship Residency 2003. Since 2004 Sebastian Buerkners art practice focuses on working in animation ranging from single films to multiple video installations. solo shows include Tramway, Glasgow; Whitechapel Project Space, London; Kunstverein Wiesbaden; The Showroom, London; and Sketch, London. His recent stereoscopic film won several awards including a nomination to the European Film Awards.

Abstraction In this lineup, animation takes leave of the screen. It’s played out in public spaces, façades and landscapes, reconfiguring them in the process. It’s also projected onto human bodies to thereby open up undreamt-of new perspectives. Impressive spatial experiences and bizarre illuminated landscapes emerge before our eyes.

Experimental A phone call brings to life a family portrait painted in the style of the Late Middle Ages; an installation programmed by Golan Levin manipulates hands in real time; animation at the nexus of the Web (David OReilly) and gaming—this program brings out innovative routes computer animation filmmakers have been taking lately.

Not only representing reality but also giving accounts of “other stories” whose boundaries exist only in their narrators’ imagination as well as in the act of storytelling itself have been characteristic of artists’ approaches to computer animation. This program contains personal matters, amusing plots and a healthy portion of satire.

A beastly-bizarre discourse on the food chain in a highly cultivated TV studio discussion setting; the most adventuresome, totally awry, topsyturvy Christmas you can imagine; advertising that celebrates its origins—this is a lineup full of fun, satire and irony.

Videos are a mainstay of the music industry. A wide array of styles and techniques are used in current productions: 3-D and 2-D animation, stop motion, hand-drawn & generative animation as well as mixed media.

Do not Touch Moniker (NL) The interactive work is shown in the entrance area of the Central. Prix Ars Electronica 2015 | Honorary Mention

Mental States The films in this lineup describe situations at the edge of psychosis—personal perceptions, couples’ conflicts, therapeutic processes, breakups that make it seem like the whole world is breaking down. First and foremost, these are matters of individual perception.

Dark Stories An action-packed program full of suspense, stories about friendship, challenge, threat and sacrifice, struggles for survival with and against nature—energies expressed in images of impressive visual power.

IN PERSONA: Erick Oh Erick Oh is one of today’s most interesting animators and filmmakers. The native of Korea studied art in Seoul (BFA) and at UCLA (MFA). His films have been screened at the world’s most important animation film festivals and honored with numerous awards. He’s been an animator at Pixar since 2010.

Young Animations Witty, off-beat, subtle, tragic and serious animated work produced by young filmmakers will be screened during the Festival Ars Electronica. Every year, gifted young filmmakers submit their movies to u19 – CREATE YOUR WORLD (Austria), bugnplay (Switzerland), MB21 (Germany) and C3<19 (Hungary). The greatest hits will be featured in Young Animations.

Once upon a time

Take it seriously and laugh

Campus Genius Award The Campus Genius Award (Gakusei CG Contest) honors digital artworks created by students. The continuity of this contest, which is being held for the 21st time this year, underpins its important role in Japanese Media Arts. Incorporating expression forms of new media and technology that change with the times, the contest forms a gateway not only for computer graphic artworks, but a wide range of diverse genres. Many past award-winners have also won high acclaim at Ars Electronica, the Berlin International Film Festival Berlinale and the Japan Media Arts Festival and conduct their activities at the first line of several creative fields of society such as art, design and entertainment. In this year’s Ars Electronica, a series of animated short films will be screened.

Prix Ars Electronica 2015 is made possible through the support of the City of Linz and the Province of Upper Austria. The competition is sponsored by voestalpine. Special thanks to KulturKontakt Austria, Casinos Austria, Cubus, Linz AG, and Interio. 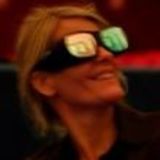