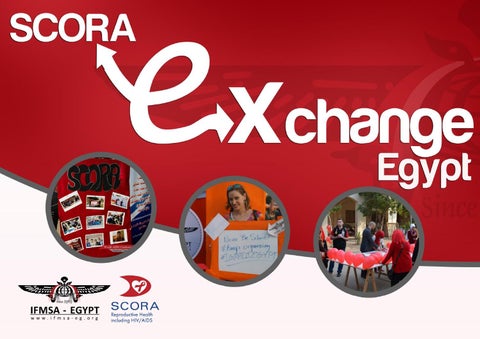 Welcome Message Dear SCORAngels, I’m sure my letter will find you very well. It’s my ultimate pleasure to invite you to our SCORA Xchange camp. The theme of our camp this year is gender-based violence and women rights. With these tricky topics, we‘re expecting the camp to hit the roof with many debates and discussions. Moreover, we guarantee you to experience SCORA from a different perspective and new topics. With the international blend of different experiences, we can foresee a very strong camp that would add to each and every one! The experiences are going to be life-related and very provocative with an Egyptian taste of the whole period. We’re having an outstanding plan for you that would allow you to come and see some awesome places in different cities. Dears, I really can’t wait to see you all during this September. Should you have any questions or concerns, please don’t hesitate to get back to me over the mail or via my cell phone at any time. I’d be more than happy to answer all your questions and make your presence in Egypt happen! All the best, Sarah ElSayed IFMSA-Egypt NORA 2014-2015

Mission: Our mission is to offer future physicians a comprehensive introduction to global health issues through our programming and opportunities, we develop active, efficient and culturally sensitive students of medicine, intent on influencing the transnational inequalities that shape the health of our planet.

Arrival and pick-up at Cairo International Airport Anti-Sexual Harassment Workshop conducted by Harass. Map - Definition of harassment and the current situation of gender based violence. - Types of harassmnt. - Psychological trauma caused by sexual harassment. - How to advocate the issue of harassment to the public and media. - Laws and policies to eliminate sexual harassment at workplaces and universities. - Open mic night, movie screening and discussions about sexual harassment. - Zumba dance and anti-sexual harassment heroes. FGM Workshop (Day 1 and 2) conducted by UNFPA and YPEER - Providing them with knowledge about types of FGM. - Prevalence and statistics about FGM. - Consequences of FGM on the physiological and psychological health of the female. - Medical and legal aspects regarding FGM. Thursday: Trip to the Pyramids of Giza Friday: Safari in the vast deserts around Cairo

Aims: -To raise discussion regarding the comprehensive understanding of the effects of sexual harassment on women and eventually on the society. -To improve the basic medical and legal understanding of Female Genital Mutilation (FGM) and learning how to deal with a victim to this gruesome crime. -To achieve a higher level of knowledge of the ideologies of gender equity. -To learn the oncology of the male and female reproductive systems, and the proper means to providing psychological support to cancer patients in a practical and interactive method.

Social: Cairo, Egypt Also known as The City of a Thousand Minarets, Cairo is the capital of Egypt. It is the largest city in the Middle East and the second-largest city in Africa after Lagos, Nigeria. Located near the Nile Delta, it was founded in 969 AD by Jawhar alSiqilli of the Fatimid dynasty. Cairo has an exceptional blend of Pharaoic, Islamic and Coptic history. Cairo is a truly hidden gem when it comes to modern culture and arts. Home to a lot of modern artistic venues, such as Darb 1718, Sawy Cultural Wheel and Cairo Opera House, Cairo is a beacon to seekers for all kinds of art all around the world.

1.) The Pyramids of Giza The oldest of the Seven Wonders of the Ancient World and the only one to remain largely intact. Standing at a staggering height of 139 m, these ancient Pharoic structures were constructed in 2540 BC and are believed to be where 3 Pharaohs were buried.

2.) Cairo Citadel The Saladin Citadel of Cairo is a medieval Islamic fort built in the 12th century as protection against crusaders. It is infamous for its fresh breeze and grand views of the city. 3.) Al-Azhar Park A public park located in Old Cairo known for its immense greenery and an amazing view of Cairo. Among several honors, this park is listed as one of the world’s sixty great public spaces by the Project for Public Spaces. 4.) Al-Muizz Street Named after the first Fatimid Caliph in Egypt, this street is a combination of Islamic Cairo’s historic 10th century monuments and the modern neighborhood that exists along this aging architecture. 5.) Khan el Khalili The world-renowned souk of the Islamic district of Cairo. This bazaar has always been one of Cairo’s main attractions for tourists and Egyptians alike.

6.) Al-Hussein Mosque Built in 1154 AD, it is located close to the historic Khan el Khalili Bazaar. It is made of 44 white marble columns that support a wooden ceiling. Simply, breathtaking. 7.) The Hanging Church The oldest church found in Egypt, it was established in the 3rd century above a gatehouse of a Babylon Fortress. 8.) Cairo Tower Located at the banks of the river Nile and standing at 187m high, the Cairo tower offers the most amazing panoramic view of this exquisite capital. 9.) The Museum of Egyptian Antiquities (Egyptian Museum) The Egyptian Museum was founded in 1858 by August Mariette. It is home to an extensive collection of ancient Egyptian antiquities, including mummies and other artifacts.

The Museum of Islamic Arts

The Museum of Islamic Arts in Cairo is considered one of the greatest in the world, with its exceptional collection of rare woodwork and plaster artifacts, as well as metal, ceramics, glass, crystal and textile. It first opened its doors to the public in 1858. 11.) The Coptic Museum Home to the largest collection of Egyptian Christian artifacts in the world. It was founded by Marcus Simaika Pasha in 1908 to showcase to the world a truly exquisite collection of stonework, ivory and bone carvings, wall paintings, epigraphy and manuscripts and Nubian artifacts. 12.)

A true work of art and a hidden historic treasure. This palace was built in 1907 and is believed by many to be a haunted house. A number of Hollywood horror movies were set in the palace. 13.) Pharaonic Village Get on board a boat and get ready for this mind-blowing journey into the past. Witness an accurate recreation of life during that era. Get ready to be blown away!

Restaurants, nightlife and other attractions:

1.) Sequoia Lounge With its laid back atmosphere, Sequoia is the ultimate dining experience. It is a combination of Egyptian, Lebanese, Japanese and International cuisine, served with some of the most sensational cocktails and hard drinks. 2.) Tamarai Hands-down the ultimate clubbing experience in the capital’s nightlife. In three words: sleek, glamorous and fancy. 3.) Saffron Restaurant One of the fanciest restaurants in all of Egypt. With its outdoor area around the pool, you know you’re in for a trea 4.) Mall of Arabia The largest shopping mall in all of Egypt and one of the largest in the world. It is the number-1 meeting point of all of the classiest international brands, coupled with a huge food court and a massive Cineplex.

Alexandria The second largest city in Egypt, extending over 32 km along the north coast of Egypt. It was founded in 331 BC by the Macedonian King Alexander the Great to be the link between Greece and the Nile Delta. Home to Pompeii’s Pillar and the Lighthouse of Alexandria, Alexandria is considered to be one of the richest cities in the world when it comes to culture.

1.) Qaitbay Citadel The Citadel of Qaitbay is a 15th century defensive fortress located on the coast Mediterranean Sea in Alexandria. It was established in 1477 AD by Sultan Al-Ashraf Sayf Al-Din Qaitbay. 2.) Bibliotheca Alexandrina The Bibliotheca is a major library and cultural center located on the shore of the Mediterranean Sea that was open to the masses in 2002. With its expressionist and contemporary style of architecture, it serves as a real center for both Egyptian and International cultures. 3.) Roman Amphitheatre An ancient arena used by the Roman Empire for events such as gladiator combats, venations and executions. 4.) Stanley Bridge The first bridge in Egypt to be constructed over a sea. It oversees a variety of cafes and restaurants and offers a majestic view of Alexandriaâ&#x20AC;&#x2122;s coastline. 5.) Montazah Park Built under the reign of Khedive Abbas II, it is a favored tourist spot for Egyptians and foreigners alike, mainly because of the abundance of gardens and palaces left by its royal heritage.

6.) Balbaa Restaurant Easily the largest restaurant around, it is a massive 3-story building that serves its customers with the finest of the Egyptian cuisine. It offers a vast sea of dining options ranging from seafood to barbeque to juices and deserts. Simply a taste for life. 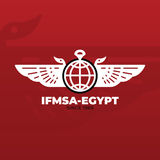