Amendment of the regulation on joint platforms – The Commission’s proposals aim at substantially improving recognition of certain professions under the general scope of the directive and bring it more into line with automatic recognition. This proposal provides an important and promising approach for improved recognition of landscape architects who, like interior architects and urban planners, fall under the above mentioned general scope of recognition in accordance with the Recognition of Professional Qualifications Directive. The Commission proposes the following amendments: o Lower the threshold for establishing a platform of presently two-­‐thirds to one-­‐third of the member states (i.e. 9 out of 27) o Support of the platform not only by professional associations but also by at least nine member states o Opportunities for other member states to join the platform later o The Commission is to review and approve the platform. European professional certificate – the Commission intends this to be facultative and mainly applied under the general scope of the Recognition of Professional Qualifications Directive in cases where services are rendered temporarily in another EU member state. The Commission’s concept determines that the only feasible authorities to issue certificates are the professional associations – this also applies when the profession is not regulated in the country of origin, in which case a relevant public authority must be assigned. The professional certificate is to simplify and accelerate the procedure of gaining recognition in other EU countries.

Further to the above points and in conjunction with the publication of the Green Book the EU Commission has requested fresh comments on the concrete proposals made in the Green Book. The landscape architects will put forward their ideas at the EU Commission – not only in written form stating their own professional politics, but also in direct dialogue with the Commission. This will be achieved through the Federal Chamber of German Architects’ offices in Brussels in talks with members of the European parliament and the responsible officials at the Commission’s Directorate General Internal Markets. At the national level, this autumn is the right time to approach members of the European parliament and national governments who are fully involved in the law-­‐making procedure for the revision of the Recognition of Professional Qualifications Directive. We will be providing information about concrete recommendations for the national professional associations. The decisive meeting with the EU Commission, which the Brussels offices of the Federal Chamber of German Architects and the presidents of EFLA, ECIA and ECTP as the German umbrella organisations for the three disciplines will attend, is imminent. The Commission has already announced that a first draft of the amended Recognition of Professional Qualifications Directive will be presented by 2012 and the entire revision procedure for the directive finalised by 2014. Under the direction of the Brussels offices of the Federal Chamber of German Architects, EFLA will be actively involved in further discussions and the development of the Recognition of Professional Qualifications Directive. EFLA’s Professional Practice Committee will be included in the process. These discussions are vitally important to all professional landscape architects and we will provide updates on the discussions as well as on the work’s progress. Brussels / Munich 04.08.2011 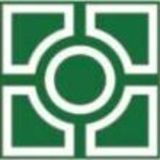