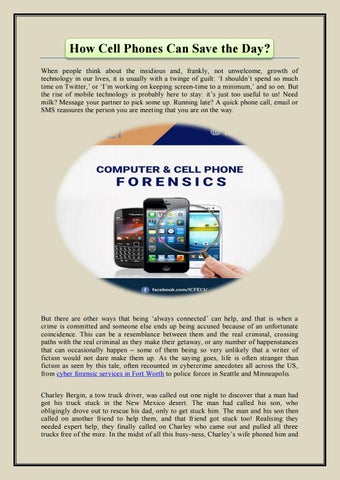 How Cell Phones Can Save the Day? When people think about the insidious and, frankly, not unwelcome, growth of technology in our lives, it is usually with a twinge of guilt: ‘I shouldn’t spend so much time on Twitter,’ or ‘I’m working on keeping screen-time to a minimum,’ and so on. But the rise of mobile technology is probably here to stay: it’s just too useful to us! Need milk? Message your partner to pick some up. Running late? A quick phone call, email or SMS reassures the person you are meeting that you are on the way.

But there are other ways that being ‘always connected’ can help, and that is when a crime is committed and someone else ends up being accused because of an unfortunate coincidence. This can be a resemblance between them and the real criminal, crossing paths with the real criminal as they make their getaway, or any number of happenstances that can occasionally happen – some of them being so very unlikely that a writer of fiction would not dare make them up. As the saying goes, life is often stranger than fiction as seen by this tale, often recounted in cybercrime anecdotes all across the US, from cyber forensic services in Fort Worth to police forces in Seattle and Minneapolis. Charley Bergin, a tow truck driver, was called out one night to discover that a man had got his truck stuck in the New Mexico desert. The man had called his son, who obligingly drove out to rescue his dad, only to get stuck him. The man and his son then called on another friend to help them, and that friend got stuck too! Realising they needed expert help, they finally called on Charley who came out and pulled all three trucks free of the mire. In the midst of all this busy-ness, Charley’s wife phoned him and

they got into an argument. Tiring of his belovedâ&#x20AC;&#x2122;s voice, Charley lobbed his phone into nearby bushes, finished his job and drove home to face the music. The discovery of not one but several bodies in the vicinity, alongside Charleyâ&#x20AC;&#x2122;s phone, had Charley on the hook for serial murder, but after he told his highly unlikely tale, the police checked it out, and soon had the real murderer safely locked up! But phones can save suspects in other ways too: Larry T Roberts looked very much like a man wanted for murder, and was accused. Witnesses, misunderstanding their instructions, picked out Roberts as the guilty party, and things looked very bleak, until his cell-phone was forensically examined, and a timeline of his calls and movements over the night in question showed that he was many miles away for a considerable time on either side of the murder. On the brink of being jailed for a very long time, Roberts was hugely relieved that the truth was uncovered in time. And this is the worth of cyber forensic services in Dallas and all across the US: done correctly they can ensure that the truth of your innocence is revealed ensuring that justice is correctly served for the victims as well as for the innocents wrongly accused of crimes they did not commit. 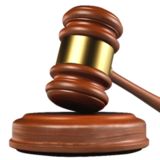 How Cell Phones Can Save the Day

When people think about the insidious and, frankly, not unwelcome, growth of technology in our lives, it is usually with a twinge of guilt:...

How Cell Phones Can Save the Day

When people think about the insidious and, frankly, not unwelcome, growth of technology in our lives, it is usually with a twinge of guilt:...