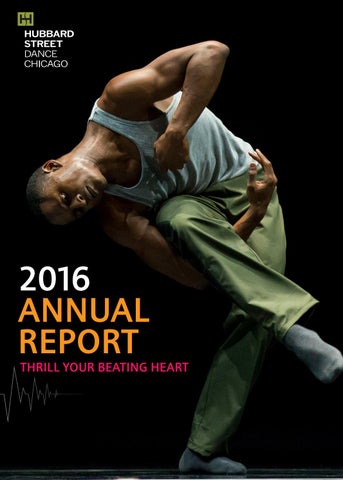 MISSION Hubbard Street Dance Chicago’s core purpose is to bring artists, art, and audiences together to enrich, engage, educate, and change lives through the experience of dance. Under the artistic leadership of Glenn Edgerton, Hubbard Street continues to innovate, supporting ascendant creative talent while presenting repertory by internationally recognized living artists. Hubbard Street has grown through the establishment of multiple platforms alongside the Lou Conte Dance Studio — now in its fifth decade of providing a wide range of public classes and pre-professional training — while extensive Youth, Education, and Community Programs keep the organization deeply connected to its hometown.

A message from Hubbard Street’s Executive Leadership Hubbard Street occupies a distinct, unique space in American dance. As one of the nation’s leading contemporary dance company, Hubbard Street continues to present a vast array of dance techniques and performance forms, executed innovatively and with an uncompromising excellence for which the company has been celebrated and recognized for nearly 40 years. Season 38 laid the foundation for the future of Hubbard Street as not just Chicago’s international destination for dance, but as an organization deeply committed to sustaining the Hubbard Street legacy. Creating a clear pathway to organizational success for years to come, Hubbard Street finalized a Future Vision &amp; Strategic Plan. The future vision document aims to solidify our competitive advantage by making investments in Artistic Programming, Greater Support for Artists, Artist Training, Governance &amp; Board Engagement, and Community Programs and Engagement. As a major cultural institution in Chicago and a national leader in contemporary dance, Hubbard Street understands how its actions and programming are influential and impactful to its community, the field, and to the development of the new dance canon. As such, Hubbard Street was fortunate to receive an award from the Joyce Foundation to support Equity, Diversity, and Inclusion (EDI) training. At the core of our mission is a belief that dance can transform lives, and we are striving to remove barriers to participation so that everyone has access to this art form. The company’s repertoire—which features numerous masterworks by international contemporary choreographers—has continued to grow through commissions for new works and collaborations, as our artistic team strives to provide our dancers with the most inspiring, and productively challenging, creative home possible. Season 38 kicked off with a full evening devoted to the kinetic William Forsythe, known as one of the most creative, influential, and provocative choreographers in dance today. The season ended as strongly as it began, with an encore, extended run of The Art of Falling, our collaborative performance with The Second City. Hubbard Street was excited to share The Art of Falling with the Los Angeles art community, as well as for the show to return to the Harris Theater for a 2-week run. Overall, The Art of Falling’s encore run sold twice as many tickets as any other performance in our history. These are only a few of our highlights from Season 38, which also include our Youth, Education, and Community Programs, Pre-Professional Training Programs, and the Lou Conte Dance Studio, among the many other areas of accomplishment. This report outlines more of the people and places we were able to reach throughout the past year, thanks to the support of our donors, and the passion of our artists, staff, board members, audience members and students.

Sara Albrecht Chairman, Board of Directors

3,548 students participated in residencies through our Education and Community Programs.

3,500 students attended a professional performance at the Harris Theater for Music &amp; Dance.

1,002 students took classes through the Youth Dance Program. 18,829 tickets were sold during Season 38’s home performances, including a record breaking 8,392 for Hubbard Street and the Second City’s extended run of our collaboration The Art of Falling.

Sponsored by the Harris Theater for Music and Dance in Millennium Park, with support from Sandy and Jack Guthman through the Imagine Campaign.

Bill and Orli Staley are the Leading Supporters of New Choreography Development.

SPRING Innovative choreography and repertory favorites from recent seasons at Hubbard Street were performed during the Spring Series including The Impossible by Alejandro Cerrudo, I am Mister B by Gustavo RamĂ­rez Sansano, and Imprint, a World Premiere by Hubbard Street Rehearsal Director Lucas Crandall. Corporate Sponsors

The Art of Falling 8,392 tickets were sold to Hubbard Street’s two week encore engagement of The Art of Falling, our collaboration with The Second City, more than double of any performance in Hubbard Street’s history. “The Art of Falling is an exceptionally artful and life-affirming show, undiminished by some cast changes this time around. It is rare to see the fusion of modern dance and the style of sketch comedy that was invented in Chicago. At this level, it is unprecedented. It is revelatory in all kinds of ways — not to mention mercifully irreverent and a whole lot of fun.” HHHH/4 —Chicago Tribune

Commissioning Sponsor n Commisioned by the Harris Theater for Music and Dance in Millennium Park, with support from Sandy and Jack Guthman through the Imagine Campaign.

Touring Hubbard Street and HS2 performed at a number of locations across the US including: New York, Ann Arbor, Grand Rapids, San Diego, Irvine, Los Angeles, Minneapolis, Scottsdale, New Orleans, and Boston. Internationally, they performed in Schaffhausen, Switzerland, as well as numerous locations around Germany. Both companies also performed at festivals including Jacobâ&amp;#x20AC;&amp;#x2122;s Pillow American Dance Festival, and Dance for Life. 14

Flood Relief On March 14, the sprinkler system in one of our company studios unexpectedly was triggered and ran for 40 minutes. Fire trucks rushed to the Hubbard Street Dance Center in response to the alarm, and our building â&amp;#x20AC;&amp;#x201D; which houses the company, administrative offices, the Lou Conte Dance Studio, our costume shop, storage, and archives â&amp;#x20AC;&amp;#x201D; was completely evacuated. While fortunately there was no fire, thousands of gallons of water flooded into a large area of our second floor, affecting Studios B, C, and D. More than 50 classes had to be canceled during the following week, while urgent efforts were made to secure and install temporary flooring for Studios B and C. While the studios faced extensive and significant damage, insurance funds alongside a successful fundraising campaign allowed for all four studios to be renovated and modernized. The fundraising campaign raised $30,000 to repair and modernize the space.

Studio Series Hubbard Street, in partnership with local venues and presenters, continued its Studio Series of master classes and workshops for Chicagoâ&amp;#x20AC;&amp;#x2122;s advanced, pre-professional and professional dancers. Each Studio Series event is based on the work of dance artists performing in Chicago, or repertoire in production at Hubbard Street Dance Chicago and Hubbard Street 2, led by internationally recognized artistic directors, dancers and choreographers. In 2016, we were able to offer classes and workshops by renowned choreographers and performers such as Alejandro Cerrudo, Carisa Barreca, Kyle Abraham, Jodie Gates, and Eric Beauchesne, as well as classes that focus on the choreography of Crystal Pite, Twyla Tharp, and William Forsythe.

Youth, Education and Community Programs Extensive Youth, Education and Community Programs, directed by Kathryn Humphreys, are models in the field of arts education, linking the performing company’s creative mission to the lives of students and families. Hubbard Street offered in-school programming including our signature Movement as Partnership (MAP) residencies, a full-year program at Mitchell Elementary, and Springboard Residencies. In addition to our in-school residencies, Hubbard Street offered a variety of community programs including youth dance classes and camps at the Hubbard Street Dance Center with scholarships and financial aid to students from our CPS partner schools. The Youth Dance Program offers more than 60 classes weekly for young dancers ages 18 months to 18 years.

Adaptive Dance Programs The Adaptive Dance Program creates environments in which everyone dances. The program includes children on the Autism spectrum, and the Parkinsonâ&amp;#x20AC;&amp;#x2122;s Project, serving people living with Parkinsonâ&amp;#x20AC;&amp;#x2122;s disease and their families. The goal of this program is to provide high quality dance curriculum to students with disabilities, allowing them to engage in a developmentally appropriate dance education, learn artistic skills, and enhance their social emotional, critical thinking, problem solving and communication skills.

Spotlight Ball Hubbard Streetâ&amp;#x20AC;&amp;#x2122;s Season 38 Annual Spotlight Ball, held on June 9, 2016 and included the opening night performance of The Art of Falling at The Harris Theater, raised over $800,000. Funds raised through the Spotlight Ball allow Hubbard Street to continue to bring the transformative power of dance to more people throughout the community.

Statement of Activities Years Ended August 31, 2016 and 2015 Unrestricted Revenues and Other Support

Logo + Tag must be no less than 1 wide at final size Acceptable Colors: PMS2945, Black, reverse white If placed on web, must click through to athletico.com

ld now appear as “Athletico” with a lower-case “c.” ways appear as a complete sentence: Better for every body.

In Honor of Sallyan Windt Henry and Cookie Kohn 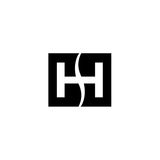