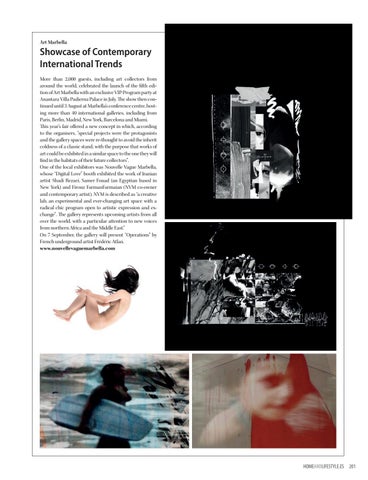 Showcase of Contemporary International Trends More than 2,000 guests, including art collectors from around the world, celebrated the launch of the fifth edition of Art Marbella with an exclusive VIP Program party at Anantara Villa Padierna Palace in July. The show then continued until 3 August at Marbella’s conference centre, hosting more than 40 international galleries, including from Paris, Berlin, Madrid, New York, Barcelona and Miami. This year’s fair offered a new concept in which, according to the organisers, “special projects were the protagonists and the gallery spaces were re-thought to avoid the inherit coldness of a classic stand, with the purpose that works of art could be exhibited in a similar space to the one they will find in the habitats of their future collectors”. One of the local exhibitors was Nouvelle Vague Marbella, whose “Digital Love” booth exhibited the work of Iranian artist Shadi Rezaei, Samer Fouad (an Egyptian based in New York) and Firouz FarmanFarmaian (NVM co-owner and contemporary artist). NVM is described as “a creative lab, an experimental and ever-changing art space with a radical chic program open to artistic expression and exchange”. The gallery represents upcoming artists from all over the world, with a particular attention to new voices from northern Africa and the Middle East.” On 7 September, the gallery will present “Operations” by French underground artist Frédéric Atlan. www.nouvellevaguemarbella.com 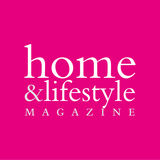