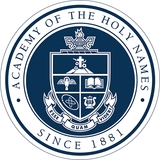 from Accord Winter 2020
by Academy of the Holy Names

Selena Castillo A’10 has a passion for basketball. A 2014 graduate of Emory University, Castillo was a four-year letter winner for the Emory women’s basketball team. She helped guide the Eagles to their first UAA Conference Championship and graduated as the all-time steals leader with 229, a record she still holds.

After graduation, Castillo returned to Tampa and considered law school, an option that is still on the table. While coaching high school basketball and AAU, she started working at her mother’s law firm. It was there that she saw the need for graphic design with the firm’s website and advertising. A new passion was born, and Castillo taught herself graphic design with the help of YouTube videos and trial and error.

In 2016, Castillo interned with Tampa Bay Sports Commission, a nonprofit organization that seeks to create social and economic benefits to the Tampa Bay region through sporting and entertainment events. After seeing Castillo’s graphics work, the director offered her a contract job doing graphic design. Through this work and a savvy Twitter account, where Castillo started strategically building her personal social media brand years ago, she caught Duke’s attention. A message through Twitter landed her a new role: creative director for Duke women’s basketball.

Since she’s been at Duke, Castillo has grown the team’s social media following exponentially, a huge factor in building the team’s brand and recruiting. Its overall presence has grown more than 300% since Castillo started in 2017. In November, the @DukeWBB Instagram account became the first in the ACC program to hit 40,000 followers; it is currently the most followed Instagram account among Power Five conferences at 45,100.

Castillo’s day-to-day life revolves around the sport she loves. Through graphic design, videos, motion graphics and more, she is constantly creating new content for the team. Castillo also oversees the brand and content strategy, and she ensures the athletes are representing the team through their personal content. She attends all practices and games, which has strengthened her relationship with the players. She believes this connection with the team adds to her ability to generate authentic content.

When she first started, Castillo’s role was nonexistent in women’s basketball. She

credits Duke for being ahead of the curve, and she holds herself as a standard-bearer for the sport she loves. This accountability is not lost on larger audiences. Castillo had the opportunity to speak to coaches at the NCAA Women’s Final Four in Tampa, and she will again this spring in New Orleans. She has also addressed athletes at the Duke girls basketball camp and was a featured speaker at A Step Up coaching symposiums.

Castillo would advise today’s youth to realize the power of social media and to think of their personal brand. “I took so much pride in who I was as a person and

it translated to social media,” she said. “Your character will get you places that your talent can’t. You can strategically tell your story.”

That character is something Castillo attributes to the Academy, where she says she learned what it means to be part of something bigger than yourself and have standards to uphold. “I know at the end of day, I have family, faith and the foundation of the Academy.”

To see more of Castillo’s work, visit selenacastillo.com or @DukeWBB on Instagram.

This story is from:
Accord Winter 2020
by Academy of the Holy Names