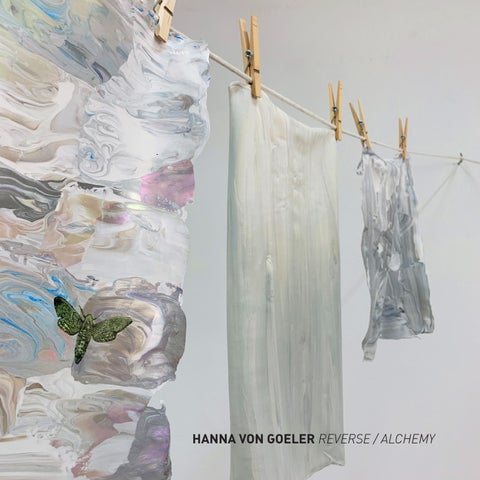 Of Labor and Laundry by Hall W. Rockefeller In hanging a white canvas on a white wall, the late Robert Ryman inspired outrage in skeptics already dismayed by the path on which contemporary art was traveling. Could this extreme form of minimalism even be called art? What would these skeptics say, then, to Hanna von Goeler’s Reverse / Alchemy at High Noon Gallery, in which the artist has completely disengaged the white painting from its support and simply hung it from a clothesline? Some might be tempted to call it craft, a not uncommon label assigned to fine art when it is made by a woman. In naming it such, what was a radical move is demoted in the art historical hierarchy to a specific act, rather than a transcendent one. Von Goeler, however, is finely attuned to association and has harnessed that reaction by folding it into the work’s overall meaning. (It is for this same reason that she has chosen to include the motif of the butterfly, an image which, when rendered by the hand of a woman, is gendered and “girly,” but when Damien Hirst famously used them, profound.) Von Goeler is certainly engaged in the conversation around women’s work, as is immediately evidenced by the installation of Reverse / Alchemy, which is hung to recall the clotheslines that criss-crossed the alleys of the Lower East Side’s tenement buildings at the turn of the century. The tools of that labor are glimpsed on the gallery floor, where a bucket of suds sits alongside a washboard, which leans against the back wall. This washboard was the impetus for the work, on which von Goeler fashioned the original sheets of pliable paint now hanging between the gallery’s walls. Drawn to the board’s surface texture, she thinly spread her material, waiting until it dried to peel it off. (Later, however, she moved on to palette paper, which has a waxed surface for easier removal.) The results––a partial cast of the original object––were intriguingly sculptural. Though made of paint, it became clear that these painting-sculpture hybrids needed a non-traditional means of display. Traditional painting has embedded in it an orientation––what is on the canvas is meant to be seen, while the support remains hidden from sight. In removing the backing, von Goeler has plunged

the well-trained art viewer into freefall. When asked whether she favored one side of her hanging rags over the other, the artist emphatically answered no, as she understands hierarchies and the ways in which they simply can be used as a tool to demean one set of knowledge or expression in favor of another. She is aware that the richness of these works is lost if not taken as a whole, and their installation acknowledges such. The overlapping clotheslines, though they ostensibly present one side or another of these hangings, obliterate that binary when the viewer stands among them. At any one moment, both verso and recto can be seen, though which is which might be more difficult to ascertain than one might initially suppose. At the center of this conundrum is the process of reverse painting, a centuries old technique in which paint is applied to glass to be viewed glass side out. Due to the nature of the object’s display, the artist must begin by painting the foreground of her image. This is in direct opposition to painting on canvas, in which the image is built from the bottom up. Underdrawings are covered by broad strokes of background, which yield to finer and finer detail, until the finishing touches are added--a shadow here and a line there to give fullness to the picture. Working in reverse, however, necessitates the artist’s first gestures be the finest and the final additions the most broad. By upending the process of painting, von Goeler also confuses the idea of surface and substrate. Without a clear answer, the viewer is forced to accept both sides as dominant. Inherent in this process is obfuscation. What is most difficult about this technique is the way in which any new additions to the painting necessarily obscure the previous ones. Von Goeler, who worked on paper instead of glass, did not have the benefit of seeing what she already laid down. In order to achieve the desired result, the artist had to lean heavily on memory and intuition. Invisibility and obscuring, of course, are themes which the life and labor of the immigrant women on the Lower East Side would have been intimately familiar. Pay attention, however, and you’ll find an homage to this labor throughout the space. A painting towards the back of the gallery, for example, bears the markings of a previous life as the artist’s palette. Among the broad strokes made by a palette knife is a small vortex of color, in which the artist mixed her pigments with a finer touch. It serves as a wink to the viewer, a reward for those paying attention, but also a nod to the overall ethos of the installation: here, too, labor is visible––you just must simply want to see it.

It’s hard to classify what Reverse / Alchemy is (an installation? A series of paintings? A single sculpture?), but that might be part of the point. “It’s freeing to think you can be many different things simultaneously,” the artist says. Freeing, yes, but also realistic. To define yourself by a single label (“artist,” for example) is to ignore the complications of living in the world, a luxury out of reach for many women who wear the hats of mother, caregiver, cook, and, of course, laundress. Reverse / Alchemy is a moving monument to what little was visible of these women’s lives, a humble proclamation of an existence lived indoors. As the light fades and the fireflies begin to softly glow, we can almost hear children crying and voices speaking in accents far from home. In the dark of the gallery emerges a history almost––but not quite––forgotten.

Hall W. Rockefeller is an art critic and historian, specializing in the work of female artists. She is the founder of less than half (lessthanhalf.org), a website covering women artists in New York City, which includes exhibition reviews and profiles of practicing artists. She received her Master’s degree in art history from the Courtauld Institute of Art in London, where she wrote her thesis on modernist weaver Anni Albers.

All rights reserved. No portion of this publication may be reprinted or reproduced in any form or by any electronic, mechanical, or other means, now known or hereafter invented, without prior permission from the publisher. 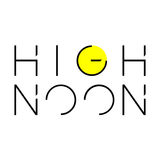 Exhibition catalog for Hanna von Goeler - "Reverse / Alchemy," the artist's solo debut with the gallery, including an essay by art critic an...

Exhibition catalog for Hanna von Goeler - "Reverse / Alchemy," the artist's solo debut with the gallery, including an essay by art critic an...