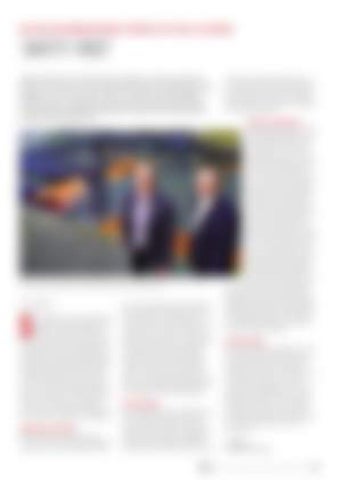 ‘SAFETY FIRST’ ‘Safety is paramount; we will never make concessions on that’, says Jean Pierre Heijster in the control room of the ‘rolling road’ test bench. The rolling road is being prepared for a test, which means the door to the chamber locks automatically. ‘Safety has been our ongoing focus, right from when we first started developing this facility.’ Nuenen-based BKL Engineering B.V. helped with the assurance and recording of all the safety issues.

hared facilities are a crucial asset of the Automotive Campus in Helmond. The ‘rolling road’ test bench (RRT) is one of them, and not the least. ‘You’d be hard pressed to find a second rolling road like this in Europe’, says Jean Pierre Heijster. He is the operational manager of AFB Manufacturing & Process Lab, which developed and built the rolling road together with other parties and which manages the facility and arranges for automotive firms in the heavy-duty segment – bus, truck and trailer manufacturers, along with suppliers of modules/components for them – to run tests on it. Endurance tests (how long does it take before something breaks?), shock-absorption tests, braking tests, power tests, fuel consumption tests and more.

INNOVATIVE AND EFFICIENT The test bench is huge (22 metres long, 7 metres wide) and incredibly strong (built for vehicles of up to 13 tonnes). Heijster: ‘What

you see is only the half of it: there is another part of the system underground which is just as big.’ It includes two steel rollers (threemetre diameter), onto which elements can be screwed in order to simulate extremely realistically the characteristics of a range of road surfaces, such as rough and uneven surfaces. At rolling speeds of up to a hundred kilometres per hour. All in all, this makes the ‘rolling road’ innovative and also efficient, with fast, consistent and reproducible test results. A concrete structure many metres thick and smart damping technology prevent the massive energy released during the trials from causing vibrations outside the hall.

ASSET FOR SMES The rolling road has been operational for two years. According to Jean Pierre Heijster, it is heavily used. ‘By the large bus, truck and trailer manufacturers, but also by small and medium-sized enterprises’, he emphasises. ‘It is a great asset, particularly for the SMEs, which get to use it at reduced rates. Obviously,

an SME can’t cough up that kind of investment itself. Thanks to this shared facility, they can nevertheless conduct tests to help them improve products, for example to make them more sustainable and at the same time lighter and/or more fuel-efficient.’

SAFETY AS A SPECIALISM AFB Manufacturing & Process Lab makes the RRT available to parties in the Netherlands and abroad. ‘They perform the tests; we offer the equipment, our sensor and software systems (which record the test results) and professional support.’ And as said, safety is paramount. In order to leave nothing to chance, AFB went looking for an independent party that could thoroughly review and assure all the safety issues by completing the construction file. They chose BKL, based in the neighbouring municipality of Nuenen, known as a specialist in machine safety. Coen Aarts, commercial director of BKL: ‘BKL started out around 30 years ago, as an engineering firm. From being a sole trader, it has grown to employ approximately 50 people. Fifteen to 20 years ago, BKL decided to differentiate itself by focusing on the area of safety. Today we are a specialist covering the full safety spectrum, from the customer’s idea/wish right through to the disposal of end-of-life equipment.’ BKL’s customers include major OEMs like ASML, FEI Company, VDL and Philips. For AFB Manufacturing & Process Lab, these were excellent references which convinced them to do business with BKL.

ALL BOXES TICKED The roles which BKL can perform vary. Aarts: ‘We support machine builders from idea to concept and drawings – and if required, we can also take care of the production and installation. In addition, we are also able to act as consultants, in the sense that we offer customers our knowledge of safety to monitor, assure and manage their processes – by helping them ‘tick all the boxes’, completing the construction file and – we do that too – training people. The end result is that they can rest assured that their product is safe and they can put a CE sticker on it in good conscience.’ www.bkl.nl www.automotivenl.com 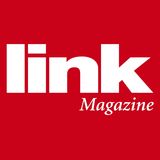