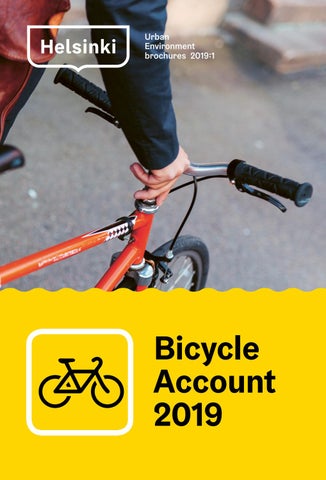 Cycling is popular in Helsinki

An easy way to get around

Promotion of cycling supported by residents

Bicycle Account 2019 is the third publication in Helsinki reviewing the development of bike travel, resident opinions, cycling projects and cycling services. The first Bicycle Account was published in 2015.

Join the growing number of cyclists! Cycling is becoming increasingly popular in Helsinki, and the City intends to expedite this growth even further. In order to facilitate a rise in bicycle traffic, we will build new cycling routes and bike parking facilities, and improve cycling services. The cycling strategy will also be updated during 2019–2020. Helsinki’s vision is to be the world’s most functional city, and this will require functional cycling routes. New, modern cycling routes are being built in the inner city, along Mechelininkatu, Tukholmankatu and Paciuksenkatu. Work on the long-awaited upgrades on Hämeentie has also begun this year. Furthermore, new and safe bicycle racks have been installed in the city streets. This year, new bike racks will be installed in Kruununhaka and other areas in the city centre, bringing the total number of racks up to about 2,000. In addition, the city bike service has been expanded and the cycling route maintenance procedures have been improved. This Account contains more

detailed information about the City’s plans regarding cycling. Cycling is being promoted because it saves time, allows for a more efficient use of space, creates health benefits, is environmentally friendly and improves traffic safety. It has been estimated that every euro invested in cycling route construction generates benefits worth nearly eight euros. The promotion of cycling is not an end in itself; rather, it is a means of creating a safer, more comfortable and more functional urban environment. The more people travel on foot, by bicycle or by public transport, rather than by car, the greater the number of people who can efficiently move about the city. So join the growing number of cyclists – thank you for choosing the bicycle! Reetta Keisanen Cycling coordinator The City of Helsinki

29% Cycling during periods without snow cover

less than once a week

The popularity of cycling is growing

59 per cent of the City’s residents travel by bike at least once a week. The number of people travelling by bicycle has increased by 2.4 percentage points since 2016. In 2018, a total of 1.14 million cycling journeys were made across Lauttasaari Bridge, the most popular bike route in the country. Furthermore, the amount of bike travel in the inner city has been on the rise since 1997. In 2018, cycling amounted to 11 per cent of all journeys. However, even though cycling has gained popularity, its proportion of all transport has not increased as planned. Helsinki’s goal is to have 15 per cent of all journeys be made by bicycle.

Trips to work and school

Numbers of bike journeys at automatic counting points in 2018

Year-round cycling Helsinki is attempting to increase the popularity of cycling year-round. Currently, 12 per cent of the City’s adult residents cycle all year round. In order for cycling to be safe and smooth in the winter, Helsinki has adopted more efficient winter maintenance procedures on roughly 35 kilometres of bike routes. These procedures will be gradually expanded to cover a 150-kilometre network. The method of brushing and salting has been used as a means of intensified

winter maintenance, removing the snow by brushing and spreading salt to prevent slipperiness. Thanks to the salt, there is no need to use gravel, which could puncture tyres and put cyclists at risk of falling when the snow melts. Reducing the use of gravel also reduces the amount of street dust in the spring. The use of brushing and salting has increased the amount of winter-time bike traffic on the baana routes, in comparison to the other routes.

Main reasons for cycling: Easy way to get around

Journeys not dependent on timetables

An easy way to get around People in Helsinki use bikes primarily because they are an easy way to get around. In addition to this, the positive impact on health and fitness, as well as the opportunity to exercise and enjoy the outdoors, encourage people to get on the saddle. The most common reason for cycling is to commute to work or a place of education. The bicycle is also used in conjunction with other modes of travel. Of those who cycle daily, nearly 30% also use public transport every day. People are increasingly satisfied

with the possibility of combining cycling and public transport during a single journey. The Cityâ&#x20AC;&#x2122;s residents say that they would cycle more if the bike parking facilities were safer and the cycling route network were more extensive and interconnected. Improved cycling safety, bike route maintenance and route arrangements during roadworks would also increase the popularity of cycling.

You can check the location of your nearest city bike station on HSLâ&#x20AC;&#x2122;s website. While there, you can also register as a city bike user: kaupunkipyorat.hsl.fi/en

48,500 fullseason cyclists – almost equal to the population of Porvoo

in 2019. The work on Hämeentie began in spring 2019, and the plan is to complete the construction in 2020. The majority of the inner city’s cycling routes will be unidirectional, because these are safer and fit the narrow streets in this area better.

these new routes will benefit the largest possible number of users. The inner-city cycling routes on Mechelininkatu, Nordenskiöldinkatu, Tukholmankatu and Erottajan aukio will be completed

NEW SECTIONS TO BE BUILT *

Read more about the design principles at pyoraliikenne.fi/blogi (in Finnish)

Number of cycling journeys on the city centre’s Baana route

Helsinki is planning to build baana routes, cycling highways that also connect the city to its neighbours. Between 2012 and 2019, a total of six kilometres of baana routes have been constructed in Helsinki. Once finished, the network will be 130 kilometres long. In 2018, a uniform baana brand was created for the entire Helsinki Region, and Helsinki will begin using the newly designed information signs on the first baana route in 2019.

Baana route planning in 2019 Baana’s underpass from Kansalaistori Square to Kaisaniemi; construction SIPOO2020 Itäbaana section from Kulosaari to Itäkeskus; construction to begin in 2020

Viikinbaana; construction to begin in 2020 as part of the Raide-Jokeri project

More inner-city bike parking spaces The aim is to have roughly 3,900 new bike racks by 2021 Bike racks are one of the key elements of cycling infrastructure, as every cycling trip begins and ends at a parking spot. By the end of 2019, approximately 2,000 bike racks will have been installed in the street areas. In 2019, bike racks will be built in Kruununhaka and the city centre. After this, the

planning will continue in the northern parts of the inner city area. In addition to this, the city will improve its bicycle parking facilities and services provided at the metro stations. In 2018, every metro station received a bike maintenance area, where users can inflate their tyres and do maintenance on their bikes. Furthermore, a bike centre will serve cyclists in Kansalaistori Square during 2019.

A single car parking spot can accommodate racks for 10 bikes

Bike racks will be installed in stages across the city

Promotion of cycling supported by residents The residents of Helsinki continue to show strong support to the Cityâ&#x20AC;&#x2122;s objective of promoting cycling and improving cycling conditions. 94 per cent of adult residents feel positive about the promotion of cycling. Residents who cycle think that Helsinki is a fairly good city for cycling, and their satisfaction has been increasing in recent years. Furthermore, residents are slightly more satisfied with the safety and smoothness of cycling, even though room for improvements exist as one in four cyclists still feel unsafe when travelling by bicycle. When it comes to factors that affect the cycling experience, exceptional cycling route arrangements during roadworks cause the most dissatisfaction.

Satisfaction with the opportunities of combining cycling with public transport increased the most, and this result was probably affected by the city bikes and the improved opportunities of transporting bikes aboard trains and metros. The City aims to further enhance its residentsâ&#x20AC;&#x2122; satisfaction with the cycling conditions by constructing new cycling routes and bike parking facilities, and by improving cycling services and the winter maintenance of cycling routes.

Feedback and development ideas regarding the cycling conditions in Helsinki can be sent via hel.fi/feedback

The percentage of cycling of all journeys made (%) OBJECTIVE

Percentage of those favouring the promotion of cycling

The percentage of bicycle travel of the total transport budget (%) 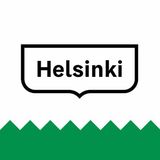