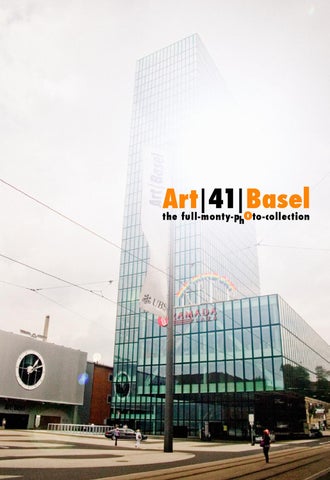 Will you be so kind

We are all adicted to art. That‘s our fundamental understanding. Whatever you might have decided how to make the most out of your days during Art|41|Basel; this is what I did: Creating a digital photo-booklet containing some 200 photographs showing famous and less famous art collectors, gallery owners and artists from all over the world – not to forget the grand design opening on Vitra Campus.

And, of course, I turned the Art Collectors Lounge into what it has already been: a highly illuminated stage for those who cannot wait to see and to be seen. This section is entitled: VIP Lounge Express.

Finally, just in case you might like to find out a bit more about me, myself and my work I have attached some facts and portraits I took from Sir Peter Ustinov or Bill Gates or Gerhard Richter at the end of this booklet.

The complete design magazine inside the complete Art|41|Basel magazine.

photography and interpretation of the atmosphere by andreas baier

pictures left: spread sheets taken from the Art-Basel-Catalogoues (1990 and 1991) showing photographs from Andreas Baier in a puristic black and white documentary style.

Some facts about Andreas Baier: Andreas Baier was born straight into the international art scene. His parents were publishing the art magazine Magazin KUNST; and so he got in touch with lots of famous artists, critics and, of course, artwork: tons of paintings, scupltures and grand art openings. After finishing school he became quite soon a photographer working for magazines like STERN, MERIAN, GEO, MAX and the supplements of the HANDELSBLATT and the SÜDDEUTSCHE ZEITUNG. During this period of time he met people like Sir Peter Ustinov, Bill Gates or Gerhard Richter. You will find their portraits on the following pages. After that he studied fine arts and developped his special lightning technique which he calls flashlight paintings. They look computer generated but they are not digitally touched in any way. His flashlight paintings were published and exhibited throughout the world and even sold by Sotheby‘s. However, in the middle of the 1990‘s, Andreas Baier decided not to publish and to exhibit his flashlight paintings anymore. Since then his flashlight paintings enjoy the status of a strictly confidential matter between the artist and the collector.

picture above: cover of a Magazin KUNST issue showing Joseph Beuys. It‘s the magazin Andreas Baier‘s parents were starting to run from the beginning of the 1960‘s.

A KALEIDOSCOPE OF TIME

The floor suddenly begins to move under our feet. Looking at the large Flashlight Paintings by Andreas Baier for a while, makes you go into a tailspin. Dizziness grips the viewer as the contours of the world begin to crumble as if in an earthquake, but in slow motion. Seams of seemingly solid cemented forms are tossed around helter-skelter, colours run together, a flimmering whirlwind meets you head-on. The same thing happens when you get to close to impressionist paintings. And yet: These pictures are photographic paintings, based on solid photographic skills and are devoid of any

laboratory tricks that might possibly serve as a crutch for their being. There’s not a doubt: These are pictures of a special kind.

everal allusions in the legends to the pictures serve as a signpost to art, whether contemporary art or art of earlier epochs. Its characteristic structure with the strange breaks and jumps, the dancing objects, the juxtaposition of light and shade, the frequently unreal colour spots and the smears as though shot from a foto-veristic painter’s spray-gun, are reminiscent of important artistic models, that became famous under “Noms de guerre“ labels impressionism, cubism, tachism. At the same time, the construction of most of Andreas Baier’s pictures appears to be almost classic, grounded in centrally gridded horizontals and verticals, which are frequently personified by female and male models. But, if the impressive photographic paintings have a message to convey, then it is this: “You can’t believe what you see.“

Ever since the artist adopted photographic as a self-understood artistic means of expression, it has been a field for experimentation for him as well. Granted that this is often the result of a series of practical and at times not calculated experiments rather than methods of exact scientific research, however, since *Talbot’s positive / negative theory which generally won recognition and still counts for much in the collective consciousness, even if only for a short time -, that a photographic shot represents faithfully, so to speak, a visible section in time and therefore portrays veritable the image that was in front of the camera at the moment of exposure.

the postulate of art claiming autonomy - and to shatter its reliability is the special intent of artistic strategy of recent times. And not without reason: Political propaganda and commercial advertising have long discredited photography’s veracity. By means of photography it is

possible to still prove anything, even the most unlikely thing. And in relation to the extremely suggestive power of the photographic paintings, suspicion is more than justifiable. Andreas Baier uses skills that were popular during the analogue and completely manually oriented stage of photography, otherwise he moves within the borders of “straight photography“.

ow is this possible when it is a contradiction to what the naked eye sees? For this reason

it is important to make clear first of all what the pictures are not. It is indeed the case: Baier’s striking incidental scene descriptions (tableaux) are neither photo montages nor have anything to do with simulated pictorial worlds of virtual reality coming from the computer lab. They are neither the result of complicated double exposures nor have they been produced of the Sandwich technique. Despite their truly baffling effect - the artist’s photographic instruments consist of the camera, the tripod, filmstrips, the portable flash, various colour filters and his own body. Th principle is quickly explained by Baier: “I use a series of high-energy light sources and mix their colours, like a painter mixes his colours on the palette“, he says.

is photographic paintings can be best described as “staged photographs“, even though the term is not adequate for bringing to mind an artificial world in place of an empirical one. Then add the most important ingredient, the element of spatial time. What looks like a montage of diversified elements which the expert mechanic carefully welds without seams and then photographs again to achieve a homogenous surface, is actually situation with human actors and their requisites, especially designed for the camera, and by means of the photographic image is certified aesthetically plausible. In view of the paradox interrelationship, an appropriate term reveals itself, to be sure - in the flickering picture structure - not only as the essential tool of the pictorial setting - the rest of the stage setting happens just before the shutter clicks, - but these characteristic structures manifest the picture’s dominate theme concurrently: “They arrest fleeting time in leaps and bounds. Without a doubt the most astonishing thing about Andreas Baier’s pictures is that: They make time visible.”

fter the artist arranges his model and props indoors in front of the camera like a director arranging his idea for a stage setting, he darkens the scene completely. Total darkness is necessary. In this darkness he moves with an open lens like a dancer towards the spotlight, and exposes the scene on the film negative with many precisely directed flashes, and by means of different coloured filters over his light source. He colours, so to say, the surface of the photographic paintings with spots of light, somewhat like the pointillist does when covering the canvas of his impressionist painting with dots of colour. The flickering spots of light virtually tarrest the progression of time, and also create the decisive parts of the entire

his is the reason why viewers often initially get a wrong impression about what the origins of the pictures are. Even though on the one hand, the central theme of the Flashlight Paintings is the visual reflection of time, on the other hand, it is also the decisive formal means of the pictorial expression. Beyond this, the artist succeeds in rendering visible the psychological dimension of time. If the pictures are read as texts - in his youth Andreas Baier made traditional paintings and graphics his own in this way - it becomes evident, that time passes in jumps, that is, discontinuously and not in regular progression, so that something of the element of deconstruction of time occurs in these pictures.

If the etiquette didnâ&#x20AC;&#x2122;t already belong to the taste of old Franconian wine one could label

Andreas Baier's Light Paintings PAR EXCELLENCE. He paints more or less with light. He is an artist, but also a professional photographer of rank as well. Illustrations of his pictures appear in important magazines. His name in connection with his portraits has drawn attention. He approaches people who he makes portraits of in the same way as he carries out his Flashlight Paintings - according to an exact plane that he works out beforehand. He gets to know them first, he visits them in their familiar surroundings, he studies them, and now and then, the large formatted coloured Light Paintings reveal themselves as intelligent variants to classic portrait photography.

Andreas Baier surrounds his subjects with props that have a specific meaning to them. They

lend the category portrait a narrative character-context, in that they give information about the liking, longings, preferences and peculiarities about the person he portrays. At times contemporary art itself is the main motive of his photographic work - sometimes hovering beneath the surface, at other times the dominant theme. These range from Homage to Goya of his Flashlight Paintings, to the series of dedications to artists ranging from Robert Mapplethorpe, Marcel Duchamp to Joseph Beuys - the latter, as a triplex bearing the ironical title Crisp bread in the morning after 48 hours. A touch of satire drifts through his photographic pictures, by no means a typical German trait for the artist who likes to spend time in the rough landscape of Scotland, but a trait which testifies to stubbornness and brilliance of style. He says, â&#x20AC;&#x153;art is necessary, but it is not religion, so why should I forego humour in my work?â&#x20AC;&#x153;

Andreas Baier is an unusual artist in every sense - creative and inventive, while purposely

moving within the arena of great art of the western world. In doing so, he allows photography to serve him in the same way as the painter the palette and paint brush and the graphic artist pencils - photography is indeed one among many artistic techniques, the craft, technical (and electronic), a technique, however, that Baier has a great preference for creating his works

flashlight painting by Andreas Baier. each print exists only once. 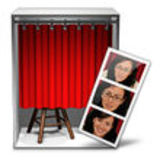 First Coice, Sneak Preview, Vernissage, Grand Art Opening, VIP-Lounge, Art Unlimited - these are all terms and expressions are a "must know"...

First Coice, Sneak Preview, Vernissage, Grand Art Opening, VIP-Lounge, Art Unlimited - these are all terms and expressions are a "must know"...