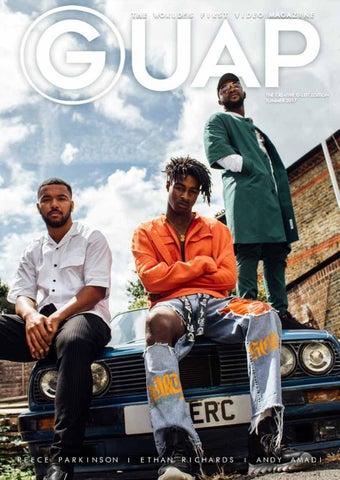 The summer time is just heating up and we’ve already witnessed history in the making. Since the last issue, the unprecedented events at Grenfell Tower shook up the nation and left an everlasting impression on the hearts of the people. We’d like to honour all those who lost their lives or loved ones, whilst taking time to thank those, especially the youth, who came out in phenomenal numbers to support and inject their unwavering spirit back into a society in disarray. It’s up to as a creators and tastemakers to inspire the change that will shape a better future for us all. This edition is a celebration of such amazing indivuals, paving ways in their own respective fields and creating a new, positive narrative for the history books. The aim of the creative G-List is to showcase and tell the story of 6 very unique and flourishing creatives, leading the charge and breaking boundaries in the worlds of fashion, music, business, film/TV and more. Jide Adetunji Founder & CMO

6 of the countryâ&#x20AC;&#x2122;s emerging creative visionaries and key influences unite to cover the 9th Edition of GUAP M amongst. Each creative with their own accolades and amazing stories to tell, will take you on a journey into worldâ&#x20AC;&#x2122;s creative landscape and are tipped to go on and achieve great things.

Magazine. This issue is a celebration of the amazing times we live in and the phenomenal people we live o our worlds. These are the candidates we currently identify as individuals who typify the future of the

Meet Andy Amadi, the man behind Youtube panel debate show BKChat LDN; love it or hate it, BKChat has most likely been a topic of discussion between you and your friends at some point over the last year or so; (I know it has for me and mine!) and seeing as Andy’s gone to the US with the show, it doesn’t look like they’ll be out of our conversations any time soon. But BKChat isn’t the first show Andy has developed (and probably won’t be the last); SPIN drama, another youtube series, which he started a few years ago has had online success in its own right. For us, Andy is the classic example of what hard work endurance and persistence can bring you. Having recently signed a development deal with Viceland earlier this year and also going stateside with his show in New York and Houston, you can be sure that Andy’s just getting started.

The elusive yet captivating Ethan Richards is taking the modelling world by storm. At just 21 Years old Ethan has walked in shows internationally, one of his highlights was walking in the Julian Zigerli SS17 show in Paris. With a passion for skateboarding, Ethan is really just the guy next door, who worked hard and continues to make his dreams a reality. Laid back and down to earth Ethanâ&#x20AC;&#x2122;s personality has garnered him a following on Instagram, where he showcases his work. With such talent and a go getter mentality, the future is bright for Mr Ethan Richards. 16

Meet the man behind some the UK’s biggest hits over the last year, Jonathan Mensah, better known as to the world as Jae5. He is the musical sauce behind J Hus’ chart-topping abum “Common Sense” which includes hit singles like “Did You See”, “Friendly” and “Fisherman” to name the few. What Jae5 has done with the music industry is anything but common. Growing up in East London; Jae5 has been producing for 10 years, starting out when he was sent to Ghana and learning the craft with renowned youth development scheme Ape media based in Stratford. Jae5 is certainly pushing the barriers in the industry; fusing sounds with what has been dubbed as a “genre blender” style of musical production. Setting a standard for a sound that can’t be boxed in, Jae5 is paving the way for a whole new scope for the UK music scene. Quietly humble Jae5 expresses life through sounds and lets the music speak for him. It is certain that he is a pioneer for the new wave of UK music. 23

Meet Nikolina Tomic, the fashion rebel and founder of London streetwear brand and collective, Dirty $outh. Driven, daring and rebellious, Nikolina is redefining fashion on the streets. Nikolinaâ&#x20AC;&#x2122;s personality is shown through how she dresses, styles and designs for Dirty $outh; her personality and style are simultaneous. As an advocate for believing in your dreams so much, that you speak them into existence, she is pushing the boundaries of fashion and what it means. 100% self- taught, with no unnecessary fashion degree, everything Nikolina has learned, she has put into her brand. Already making waves in the fashion scene, Nikolina is not to be slept on.

Fresh from turning 23, Reece Parkinson, radio presenter, DJ and all round personality has made a name for himself in the London creative scene. Originating from Kent, Reece kick started his career in radio at the tender age of 19 or as he says “when I came out of my mothers womb” and landed himself a job writing and filming for Elite Daily in which later led him to Reprezent radio. One of London’s only youth led radio stations with a goal of developing young budding presenters, Reece has managed to become a well-recognised voice on the station, tipping him to be one to watch for 2018. Whilst presenting at Reprezent radio he works behind the scenes at BBC Radio 1 and 1xtra amongst other things such as presenting online for Sky 1’s ‘What’s up TV’. With the rise of YouTube influencers, he has used his personality and YouTube platform to create his own spin off to the hit show BK Chat, with ‘Bk Chat Xtra’, which has gained over 100k views opening up more opportunities. Most recently he has started his very own podcast with YouTube sensation, Annie Drea entitled ‘Him Vs. Her’ and has dabbled into the world of vlogging with a ‘Piece of Reece’. When he’s not presenting or hosting, Reece can be found in front of the TV watching American sports or going for jogs and enjoying life, showing us more sides to Reece. With the numerous endeavors he has delved into, Reece Parkinson is definitely a hard working and motivated individual who has a bright future ahead of him.

Tosin Cole is a twenty-five year old actor hailing from South London. In 2009, Tosin was part of a theatre production titled Wasted!, a modern version of Shakespeareâ&#x20AC;&#x2122;s Julius Caesar. It was produced by Intermission, a company that aims to help teenagers stay away from crime. Best known for his character in Hollyoaks and Eastenders. Tosin has achieved what many black actors from the UK has not, breaking the barrier and entering the big screen. Tosin has been a part of million dollar franchises such as Star Wars: The force awakens and more recently starred in the Netflix original movie Burning sands. His credits include Holby City (2013) Honey Trap (2014), RoadKill (2016) and Shelter (2015) amongst many more. All his roles have conveyed his diversity within his craft, with him portraying different personas exceptionally well.

your copy of GUAP Magazine guapmag.bigcartel.com 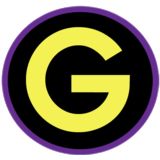