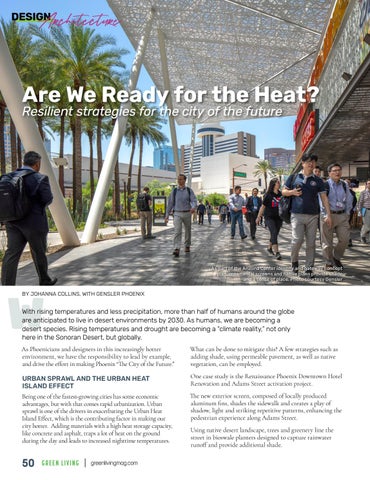 Are We Ready for the Heat? Resilient strategies for the city of the future

As part of the Arizona Center identity and gateway concept plan, ornamental screens and native plans provide shade and a sense of place. Photo courtesy Gensler

BY JOHANNA COLLINS, WITH GENSLER PHOENIX

As Phoenicians and designers in this increasingly hotter environment, we have the responsibility to lead by example, and drive the effort in making Phoenix “The City of the Future.”

What can be done to mitigate this? A few strategies such as adding shade, using permeable pavement, as well as native vegetation, can be employed.

URBAN SPRAWL AND THE URBAN HEAT ISLAND EFFECT Being one of the fastest-growing cities has some economic advantages, but with that comes rapid urbanization. Urban sprawl is one of the drivers in exacerbating the Urban Heat Island Effect, which is the contributing factor in making our city hotter. Adding materials with a high heat storage capacity, like concrete and asphalt, traps a lot of heat on the ground during the day and leads to increased nighttime temperatures. 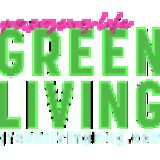