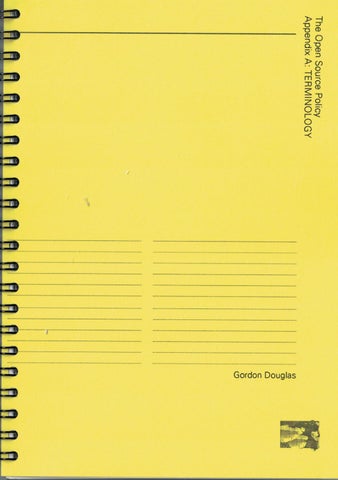 This diary was printed on the occasion of An Opposites Programme, 16th June, 2019, and contains Appendix A - TERMINOLOGY, a text written by Gordon Douglas, and designed by Ash Reid. It marks the end of a ‘performative audit’ into the power, access and accountability of CCA Glasgow’s open source policy (2018-19). Originally conceived as a series of events, the ‘programme’ has since mutated to a code or set of instructions for the building itself. Having discovered that the policy is an unwritten organisational approach based on precedent, Appendix A proposes a written document to orbit and complicate the pre-existing, non-existent model. It also acts as a record to the period of study undertaken by Gordon. The two sections through which the text and page are divided represent the hours occupied by the organisation’s core funded programme over the course of a year, and the resulting free time that can be externally resourced through the policy.