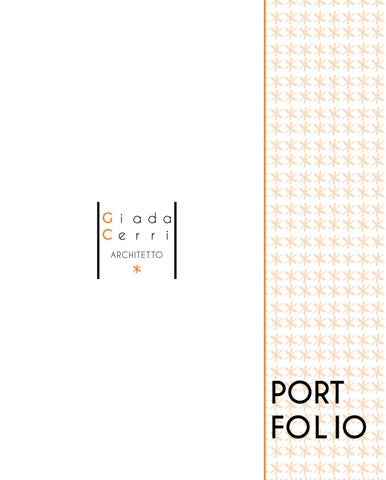 Giada Cerri (Italy, 1986) is an architect and PhD in Management and Development of Cultural Heritage. She works as a freelance architect and museum consultant, and is Executive Manager of the MuDEV – Museo Diffuso Empolese Valdelsa. As an independent researcher, her research interests focus on museography, site specific museums and architecture, temporary exhibition and pavilion, and new technologies applied to architecture and cultural heritage. In 2017/2018, she was part of the research group “RESIMUS” at the School of Architecture, DIDA, University of Florence, as a Post-doc. Giada Cerri worked as architect in the USA, Bard Graduate Center Gallery (2016), Brazil, Museo da Casa Brasileira (2015), and France, Cusy Maraval Architectes (20122013). In Italy, she collaborated in designing several temporary exhibitions. She graduated with honours in Architecture (2011) and collaborated as teaching assistant at the international course iCad held by professor Pirazzoli at the School of Architecture of University of Florence from 2012 to 2016.

The old part of the city of Montelupo is filled with contemporary works of art. Installations and artistic expressions set up to interact with the public. Zauli enhances ceramics as an everyday object, curating the first retrospective about the ceramic vase. The simple exhibition design (OSB panels wrapped in printed paper) discretely accompany the works of art. Works by: Nanni Valentini, Jonathan Monk,

A red path guides the visitors through the contemporary ceramic production of Montelupo. The temporary pavilion interprets the idea of collecting and presents ceramic products as works of art. Like modern chambers of Renaissance collectors, the ceramic of Montelupo are

These become modern chambers of wonders, and represent also the idea of travelling.

The Brazilian Design Award is the main exhibition of the Museum, where the awarded objects are displayed and described. The graphic solutions honor the winner of the graphic contest, in fact the colors and the shapes recall those of the advertising. White walls with blue, grey, and brown stones accompany the visitors through the rooms. The only exception is the dark room that hosts the lamps (luminaria).

The retrospective on Nanni honors the activity of the Brazilian designer. The show exhibits original and nonpublished drawings, iconic pieces of furniture, and prototypes. The exhibition is linked to the Brazilian Awards because Nanni is one of the winners of the first editions of the Prize.

The exhibition shows the historical research by Cavarocchi and Galimi, with the contribution of the professor Collotti. It tells about Florence from the fascist regime to the liberation period. Big events in the city are put in relation with personal memories. The wall, with historical pictures, represents the city, the carton figures the personal experiences. The show is also the occasion for collecting testimonies and documents, which are archived through shared memory technologies.

PROJECT: Saint Francis and Brunellesch: Green Traces over a Dialogue Pirazzoli with Casula, Giada Cerri, and Medri 2012 “A green wall becomes a temporary tool to explore one of the most famous

historical sacred complexes all over the world after rather unknown but

UP! A smart city, edited by Giacomo Pirazzoli, Allemandi&co, Turin.

the lost geometry and volume of the cloisters. The materials are

Theatre and Rafael Moneo’s Cartagena’s one, this construction merges

temporary structures composed mainly by plants, even edible. The almost

esthetics with environmental and ethical aspects. The fully reversible/low

archaeological studies of the traces facilitate the design of volumes that

allow the perception of Brunelleschi’s chapel according to its original

the pre-existing architectural shape is recalled” (From Saint Francis and

The outcome of this research is a green pavilion that restores

The show is the first monographic exhibition on Ammannati as a sculptor. The reconstruction of the Fontana di Giunone represents the main part of the exhibition. The group of sculptures, conceived for Sala Grande (now Salone dei Cinquecento) in Palazzo Vecchio, has been reassembled thanks to the work of a multidisciplinary team. The concept of the show is guided by the keywords of the title: the water (acqua) because of the fountains, the stone (pietra) for the marble sculptures, and the fire (fuoco) for the bronze sculptures.

The exhibition shows and enhances the objects of the church located inside the industrial village of Larderello. A blue carpet, which recalls the blue sky of the apse basin, guides the visitors. The exhibition is also the opportunity to open to the public â&#x20AC;&#x153;hiddenâ&#x20AC;? spaces of the church, in particular the sacristy and the bell tower.

A full immersion laboratory within objects, images, movies and emotional sounds aim exhibition tale at merging both urban landscape – the site timeline designed as a wall-patchwork – and human environment of women and men. Right at the entrance, a huge table is to collect and display original documents and rare movies, while books and contemporary researches after WW2 are roughly overlapped. Then, in the city at war (1940-1943) room, while thousands of Florentine citizens depart for the conflict’s various frontlines, the entire population is mobilized to support the war effort. Public spaces themselves are transformed, following the proclamation of air defense measures to protect the city’s monuments and the creation of “orti di guerra” (aka victory gardens, in the US). The city occupied (1943-1944) room displays German forces and the neo-Fascist Repubblica Sociale Italiana (Italian Social Republic, or RSI) attempt to exert strict control over the area, while bombs begin to fall and the living conditions of the local population become increasingly dire. Interactive platform Memory Sharing room takes place at this point. Resistance and popular solidarity give birth to the city of the Liberation: Florence, as the headquarters of the Comitato Toscano di Liberazione Nazionale (Tuscan Committee of National Liberation) distinguishes itself for its rich, diverse network of anti-fascist and partisan forces, which stand in opposition to the violent methods of the German occupiers and the RSI towards unarmed civilians, Jews, and those fleeing conscription.

This history is also your history. If you possess documents or images that recount your own or your relatives’ experiences during the years when Florence was “at war,” you too can contribute to Memory Sharing, a History Pin partner project: bring them with you when visiting the exhibition, or participate online via the website www.firenzeinguerra.com

Recently found series of 96 photographs taken by architect Nello Baroni includes a diary allow visitors to immerse themselves in the experience of “the emergency days” (July-August 1944) when thousands of Florentines were forced to leave their homes in the historic center to take refuge within Palazzo Pitti renaissance monumental complex. Impressive audio film “I giorni dell’emergenza” (Emergency Days, 20’) has been conceived then edited on the occasion of this 70th anniversary. 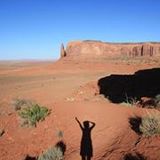