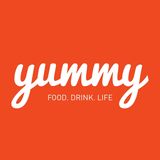 from Yummy 57: The Roast
by Yummy Magazine
by Juliet Kennedy

I’m not usually one for deep-fried beige items between a bun, but on this occasion, I couldn’t say no to the Yummy editor’s pleas for a take on Popeye’s famous chicken sandwich that could be made at home. In case you’ve had your head under your pillow for the last few months, let me fill you in on the frenzy that spread like wildfowl, sorry wildfire, across the States. Popeye’s Chicken Sandwich was launched on 12th August, and the Chicken Sandwich world caught on fire! A week later, Chick-fil-A tweeted “Bun+Chicken+Pickles = all the [heart] for the original” - A cheeky comment alluding to the supposed fact that they invented the Chicken Sandwich. And with that, the war was on. All the big chains joined in and challenged their teams to step up their game while fans went crazy at Popeye’s. It was the trendiest food news of the year so far. And just like that, within two weeks, Popeye’s came out and said they ran out of sandwiches. You can imagine the rage, only two weeks of chicken deliciousness and then poof! Just like that, it’s gone. The Twitter world went insane and all of us here in Kenya (especially the Yummy team) were left wondering What made that Chicken Sandwich so good?

Hence our DIY take on this chicken sandwich, one that might, or might not, make Popeyes pop their eyes and satisfy those cravings!

Having spent hours scouring my cookbooks, and of course the internet, I knew that the basic premise was about a good bun, pickles, mayo and chicken. In most fast-food restaurants, you probably wouldn’t want to ask where the chicken is sourced but that counts for a lot with me, so I’d rather try and make these things at home using the best quality chicken I can find. The next challenge: how to make it as juicy and tender as the one from Popeyes (just jump on YouTube to see some of the reviews!). You’ll find that one of the key steps is the yoghurt marinade as the acid in the yoghurt helps tenderize the chicken, making it super succulent. So here’s my take on the Chicken Sandwich!

• 3 tbsp ginger chilli relish or hot sauce of your choice

• Oil for cooking- around 2 litres in a deep, narrow pan.

1. Cut the breasts into 3-inch strips.

2. Mix the yoghurt, lemon juice, egg, salt and relish together. Place the chicken strips in the yoghurt mix and allow to marinate overnight.

3. When ready to cook, heat the oil (should be enough to deep fry) to 180°C. Mix the flour with the cayenne pepper and smoked paprika.

4. Remove the chicken strips one by one from the yoghurt marinade and then dip into the flour mix.

5. When the oil is hot enough, drop the chicken pieces in one at a time. They should cook within around 5 minutes, but to be sure, skewer them to ensure there are no bloody juices coming out.

6. As soon as you take them out of the hot oil, brush them with the spicy oil.

7. Serve on a toasted bun with herby mayonnaise, a lettuce leaf, tomatoes and some Kampi Kitchen cucumber pickles. Serve the chutney on the side.

This story is from:
Yummy 57: The Roast
by Yummy Magazine