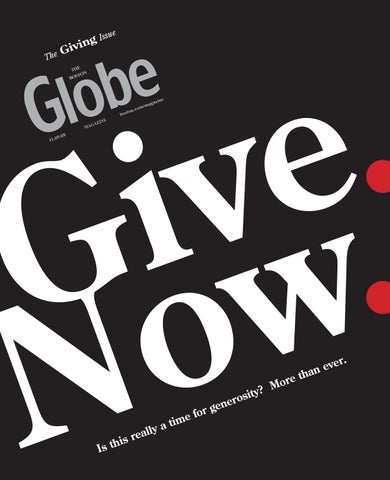 in Giv THE TON BOS

Double Take With their fresh paint and stylish new fabric, a number of formerly brown pieces of College Club furniture are now so appealing that they have become instant classics. Here’s how designer Gerald Pomeroy did it:

OCCASIONAL CHAIR A small chair is always useful; this one has become witty with beige paint and a seat and back upholstered in blue and chartreuse polished cotton. A kick-pleat skirt adds a saucy flourish.

HIGHBOY While the gold chinoiserie applied to a 1930s chest of drawers is traditional, the teal ground color is not. “It balances the art on the opposite wall,” Pomeroy says. “It’s unexpected and glorious!”

The Big Give A social club overhauls its interiors on the cheap after a top designer volunteers his time – and reuses everything. A lesson in divine reinvention. By Regina Cole

e knew that we were creating a space that would last for the next 100 years,” says designer Gerald Pomeroy, standing in the redesigned drawing room of the College Club of Boston, in Back Bay. Pomeroy is a dapper guy with a boyish face and a particular kind of charm; he’s someone who goes out of his way to remember your name but does so by repeating it often as he talks to you. The local designer of the moment, known best for his knockout dining room at the Boston Design Center’s Dream Home this year, Pomeroy is showing off his latest masterpiece – a complete overhaul of the College Club’s public first-floor spaces. “I was moved,” he says, “by the opportunity to do something future generations will be able to see. They’ll know what we loved in 2008, what we found fashionable, how we want to be remembered.” The College Club of Boston, located on Commonwealth Avenue, holds a special place in local history. Founded in 1890, the club is recognized as the oldest resident women’s college club in the country. In the past, it hosted American legends like feminist Lucy Stone and author Mark Twain. Today, it admits both men and women as members and offers them a lively calendar of events, including lectures, book club meetings, and social-networking gatherings; nonmembers can rent the public spaces or stay at a room in the club’s bed-andbreakfast. In recent years, heavy use of the club’s interior spaces had started to take a toll. They’d grown dingy, tired, and unfashionable, and the decor was like that of many homes – it had evolved piecemeal. Many members wished for

an updated space. But how would they pay for it? A sizable series of donations from a senior member set into motion a chain of generosity. Pomeroy, principal of the Gerald Pomeroy Design Group and a member of the club, offered his own personal gift -- time. While local designers signed on to redesign the club’s dining room and the guest rooms pro bono, Pomeroy agreed to spearhead the redesign of the public spaces, an expansive two-part drawing room that flows into a member’s room that can be separated with pocket doors. Against a backdrop of gentle blues and greens, Pomeroy grouped furniture to create cozy conversation areas and picked out the architectural details with high-gloss paint. He commissioned Hyde Park muralist Susan Harter to bring life and color into the middle section with a canvas of a lush garden, applied like wallpaper. The limitations of the College Club project – they couldn’t afford new furnishings – are similar to those confronting countless homeowners who don’t have a large remodeling budget. The result is a glamorous take on traditional design and a lesson in how, with creative rethinking, anyone can update furnishings. “Lots of people have inherited pieces that are of good quality but somewhat dull. As long as the forms are good,” Pomeroy says, “they can be reinvented. People are intimidated by wood. But unless it’s a precious antique, it’s perfectly all right to give it a coat of paint.” Regina Cole is a writer in Gloucester. Send comments to designing@globe.com

ZIGZAG TABLE The single new piece of furniture in the drawing room provides a study in how to mix it up. “We found it at Target,” laughs Pomeroy. “It’s fashionable, modern, whimsical, and it seems to float.” Like the old pieces, the new furniture benefited from an improved finish. Originally copper-colored, it was gilded, and the slightly distressed surface keeps the contemporary table from shining too assertively.

A table with wonderfully bowed legs was invisible before it was cut in half and finished with bodacious metallic paint, which gives oomph to the piece’s curves and detailing.

College Club of Boston gets a makeover 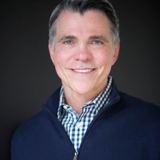