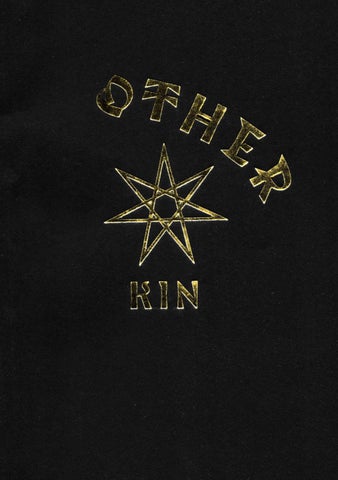 For too long have we been in these bodies. These bodies pushed and changed by predators and climate, then held stagnant by technological advances and comforts. The human body feels unchanging and the pain of that stasis has never been searing but a long dull ache as the slow reality of biological evolution sets in. What were we before this? We came from gas, fluid; we developed mass; we lived in water until we crawled onto the land. From scales grew fur. We didn’t ask for this but it happened anyway. Chosen by our parents and their parents through time and time and time, shaping my hands into four fingers and an opposable thumb while I lose my tail cos it started to look weird and they told me to stop climbing trees. When we think of bodily freedom we can’t think of medications, knives, threads and anaesthesia. We’ve heard once they cut something off you start hating something else instead anyway. We don’t long to look at home in a swimsuit competition or to be able to walk into a public restroom without a soft hand on our shoulder. We want to piss on their lamp posts. We are not the first and we will not be the last. I have found our brothers and sisters; we are everywhere, and always. We are in their workplaces, their schools. We are written into their histories, their blockbusters. They document us unknowingly, unaware. And so, friends; I have found our brothers and sisters. I have explored their catalogues and archives, excavated what I can. Through their mess, I have found our brothers and sisters. We can recognise ourselves in a way that no one else can. A moment of eye contact and a nod in the street. Blink and you’ll miss it but I see you. I see you as you are. I see your flesh your hair your teeth your eyes your cuts and bruises your sweat your fur your talons your claws your tail your wings.

I see your phantom limb. Do you see mine?

Above: Reproduction of the Henri Breuil sketch, 1920, of ‘The Sorcerer’ cave art from ‘The Sanctuary’ in Cave of the Trois-Frères, Ariège, France, dated around 12,000 BC. Left: Panel of engravings on the right hand wall of the Sanctuary, a composition involving hunting, magic, and shamanic ritual.

Left and above: Kuniyoshi Ichiyusai, ukiyo-e color print of Kuzunoha the fox-woman by Utagawa Kuniyoshi, 1889-1892.

Right: Viral clip of ‘half wolf half kitten’ Witten Girl, from twitter account @gaywithyourdad. Below and far right: What?! I Think I’m an Animal (2013), US: ZigZag Productions.

We want to piss on their lamp posts. 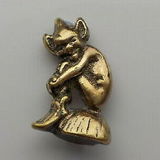