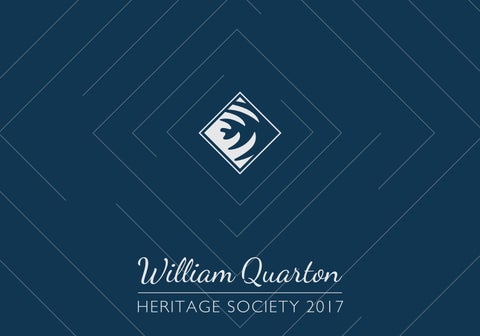 YOU ARE ENSURING THE FUTURE OF OUR COMMUNITY The William Quarton Heritage Society is one of the premiere giving societies in our region. Members like you have a shared belief in the power of charitable giving to change our community for the better. Thank you for being part of this family of more than 400 philanthropists. Together, you are agents of transformational change.Your commitment to the future of our community is noticed and we are proud to be your partner.

Julich Family Plans for the Future

CHARITABLE LETTERS OF INTENT Clarify Your Commitment and Communicate Your Wishes A letter of intent allows you to share your motivations, hopes and goals with successor trustees and beneficiaries of your philanthropy in a clear and enduring way. Some or all of the proceeds from an estate or trust can be directed to an established, or future, fund at the Community Foundation. This structure provides maximum flexibility now and avoids exhausting your estate or trust.

JULICH FAMILY PREPARES LETTER OF INTENT TO PLAN FOR THE FUTURE Daryl and Leslie Julich have always been committed to giving and have been involved in volunteer roles with area nonprofits. For many years, Daryl volunteered with Waypoint Services and the Catherine McAuley Center; in addition to his time, he gave small contributions when he could. Leslie’s charitable involvement began with the American Cancer Society. She now serves on the board of the YMCA of the Cedar Rapids Metropolitan Area. While Daryl and Leslie both grew up in other communities, it’s clear they’re deeply committed to Cedar Rapids. “We wanted to give back to the community here,” says Leslie, “because Cedar Rapids is such a great place to raise a family and it’s so easy to be involved in the community. You feel like you can make a positive difference.”

The couple approached the Community Foundation, initially intending to make one large contribution. “We met with Michelle Beisker, Vice President of Development,” Daryl recalls, “and she explained that we could create something where our gift would continue to grow, and that way, we could have a greater impact on our community.” As part of their estate planning, Daryl and Leslie Julich named the Community Foundation as the beneficiary of 10% of their estate, to be used to create the Daryl and Leslie Julich Endowed Fund. The couple drafted a letter of intent clarifying their intention to support “education, health and welfare of children, women and families.” The letter specifies that grants made from the fund will support five local, named nonprofit organizations. 5

“The letter of intent was part of our process of planning for the future,” explains Leslie. “We knew that we wanted the remainder of our assets to go back to the community after we’re gone.” “It’s really easy,” she adds. “It’s almost like a one-stop shop.” “It’s comforting to know that the people involved with the foundation are doing this from their hearts,” Daryl explains. “They want to help us make an impact and improve our community.” Leslie agrees, “They have an excellent reputation and it put us at ease to know that our money would be safely handled and put to good use to support the organizations we specified.”

Celebrating Your Commitment to Our Communityâ&#x20AC;&#x2122;s Future William Quarton Heritage Society Luncheon On June 22, 2017, nearly 120 members gathered for the 14th annual William Quarton Heritage Society Luncheon. Leaving a legacy through a planned gift is a commitment to the future of our community. When Bill Quarton made his historic planned gift to the Community Foundation, he said he could not see the needs that might emerge beyond his lifetime, but he wanted future leaders to be able to respond through his gift to the Community Foundationâ&#x20AC;&#x2122;s unrestricted funds. Like you, he cared about the future well-being of our community. The William Quarton Heritage Society Luncheon provides a time and place each year to celebrate this shared belief. Your generosity makes this annual gathering of philanthropists in our community an inspiring tradition. For a summary of the 2017 event, visit https://www.gcrcf.org/william-quartonheritage-society-luncheon/

WILLIAM QUARTON HERITAGE SOCIETY You are a member of the William Quarton Heritage Society in recognition and honor of the permanent gifts you’ve made at the Greater Cedar Rapids Community Foundation through a planned gift or the establishment of an endowed fund. Planned gift options include naming the Community Foundation as a beneficiary in a will, charitable remainder trust, charitable gift annuity, life insurance policy or retirement fund. The William Quarton Heritage Society is named in honor of William B. Quarton. Bill was a longtime resident and a pioneer in radio, television and cable television. He was a supporter and advocate for the Community Foundation for more than 20 years until his passing at age 104 in August 2007. He made the single largest gift in the history of the Community Foundation through his estate. Because his gift – like your gift – established an endowment, it will benefit the community in perpetuity.

Endowments Offer You the Opportunity to Sustain Nonprofits into the Future Donors like you have made it possible for nonprofit organizations to establish endowed funds. An endowment is a permanent investment that earns interest for the nonprofit to use for operations. There is a notable increase in raising endowment support at local nonprofit organizations. In the 1980s and 1990s, only a few nonprofit organizations made efforts to substantially grow endowments. While some were successful at investing for their future, many more were faced with

urgent financial needs such as program or facility expenses. But things have changed. Today, there are many more nonprofit organizations that are including endowment building in their development efforts. While a definitive reason is unclear, itâ&#x20AC;&#x2122;s likely that crises like the 2008 financial crisis and flood disaster have prompted more donors like you to ask questions about the long-term sustainability of the nonprofit 15

organizations they love. Endowed funds are appealing to donors as a way to sustain an organizationâ&#x20AC;&#x2122;s mission. The Community Foundation holds over 100 endowed funds for local nonprofit organizations. The funds provide organizations with general operating support, stability during cyclical variances in income, and financial support for areas of high importance to the organization.

Please contact us if you would like to learn more about how to support an endowment fund benefiting a nonprofit you care about. 16

Mark Your Calendar: You Won’t Want to Miss This!

A Win-Win: IRA Rollovers • Your retirement savings can benefit causes you care about – and make your money go further. • Retirement plans are an asset that attract both income tax and estate tax. • Congress has permanently enacted a provision to allow individuals who have attained the age of 70 ½ to transfer up to $100,000 of assets from their retirement account to a charity. • Transfers from retirement plan trustees to an endowed fund (other than a donor-advised fund) will qualify for the Endow Iowa tax credit. • Consult your tax advisor before undertaking this strategy.

Please join us for our Celebration of Community event on Wednesday, November 15, 2017 from 4 – 6 p.m. at NewBo City Market. This year’s program will celebrate over 30 good people in our community doing good work at local nonprofits you know and love. We will also present awards to two outstanding and passionate nonprofit professionals in our community. For more information and to RSVP, visit https://www.gcrcf.org/celebrationcommunity/.

You can amplify support for causes you care about by participating in #GivingTuesday on November 27, 2017! Join thousands of people from around the world and give a gift to a local nonprofit on this day!

Although the Endow Iowa tax credits are expended for 2017, donors who submit their applications now will be first in line for the 2018 tax credits. Credits are awarded in the order they are received by the state. In addition, all qualified donors can carry forward the tax credit for up to five years after the credit is awarded. For more information about Endow Iowa, visit www. gcrcf.org/donors/tax-benefits. 17

Your Development Team We are here to help you make a lasting difference that reflects your commitment to your community. Whether you want to involve your family or company in giving, or discuss planned giving options, the Community Foundation provides personal service and community knowledge. Please contact us if youâ&#x20AC;&#x2122;d like to talk about your personal philanthropy goals at 319.366.2862. 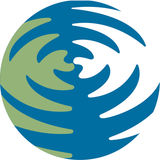