S.00 p.m. Film "The Sound and the Fury.,, (France). Claddagh Palace. 6.00 p.m. Gala Opening of the Western Artists group exhibition at Nuns Island Pharmaceuticals, Nuns Island. Artists working in the West of Ireland. 8.30 p.m. Irish Premiere of The Wow Show in the Ballroom of the Great Southern Hotel. "A lunolic, subversive brand of humour that has been likened to The Marx Brothers on Glue". 9.00 p.m. German film, Farewell to Paradise. Claddagh Palace.

8.30 p.m. Another chance to experience The Wow Show in the Great Southern Hotel. Described by Time Out as "the funniest thing in London". 9.00 p.m. From Scotland, the legendary singer, Dick Gaughan in an exclusive Irish concert in the Warwick Hotel (Acoustic Room).

9.00 p.m. "The Wow Show" in the ballroom of the Great Southern. "... To see this energy unleashed in the theatre is thrilling ... ". The Financial Times. 9.00 p.m. Arcady with Jackie Daly. Top class traditional music. The Taibhdhearc. 9.00 p.m. Film Claddagh Palace.

2.30 p.m. Retrospective of the films of Joe Comerford. "Withdrawal", "Waterbag" and "Down The Comer". Claddagh Pa1ace.

The Abbey Theatre present Rosaleen Linehan as Kathleen Behan in "Mother of oil the Behons" at the Great Southern Theatre. 8.30p.m. From Texas, country singer Nanci Griffith in Leisureland with Philip Donnelly on guitar. 1/.00 p.m.

"Attending a showing of la Negra Ester is like becoming light-headed at a grand fiesta".

Rosaleen Linehan, winner of the 1988 Actress of the Year at the Harvey's Theatre Award, as Kathleen Behan in "Mother of All the Behans", an Abbey Theatre production. Great Southern Theatre.

8.30 p.m. Ballinasloe born writer, Des Hogan is the special guest at a festival reading in the Arts Centre, 47 nnminirlr C:.trP�t

Tennents Live present former Virgin Prune, Gavin Friday and his band in the Warwick Hotel. Special ÂŁ3 admission for this late and live gig. I 1.00 p.m.

Festival Club in the Warwick Hotel.

8.30 p.m. "Mother of all the Behans", a one woman show by Rosaleen Linehan in an Abbey Theatre production at the Great Southern Theatre. 9.00 p.m. Tennents Live present the box wizzard

Festival Club in the Warwick Hotel.

8.00 p.m. In the Big Top Marquee at the Fisheries Field, the story of La Negra Ester as told by El Gran Circo Teatro from Chile. "It is impossible to watch without falling under the spell of La Negro Ester".

J.JOp.m. Sharon Shannon, will play a homecoming concert in the Taibhdhearc with special guests.

I. JO p.m. Final lunchtime concert in the Music for Galway series at the Collegiate Church of St. Nicholas. Today's concert features Una Russell on the organ.

Socialist comedian and conjurer, Ian Saville, who was a big hit at the 1987 Festival, returns to the Taibhdhearc for two nights, Saturday 29th and Sunday 30th with his ••• ,.. ,. •

comedian Ian Saville with his new show, "Getting Nowhere - Again" in the Taibhdhearc. 8. 00 p. m. Last chance to see the musical spectacular, "La Negra Ester" in the Big Top Marquee, Fisheries Field. La Negro Ester is the most beautiful and unforgettable theatre piece of recent years. " 8.30 p.m. Rosaleen Linehan on the last night of her one-woman show, "Mother of all the Behans" which the Abbey Theatre are staging at the Great Southern Theatre. "It is a subtle and compelling piece of acting worth going a long way to see" - The Guardian. 8.30 p.m.

In concert in Leisureland The Waterboys,

9.00 p.m. From Caherlistrane, The Keane Family in an evening of music and song at the Warwick Hotel 10.00 p.m. Tennents Live present the Dublin band, Something Happens, in Seapoint Ballroom. Bar ext.

Micheal 6 Sui/leabhdin plays piano with the Irish Chamber Orchestra in a gala concert in Leisure/and on Sunday, 30th July at 8 pm. The concert programme feawres "Dolphin's Way'; "Oileon" and other works by 6 Suil/eabluiin.

8.00 p.m. Music for Galway presents Micheal 6 Stiilleabhaln and the Irish Chamber Orchestra in Leisureland, Salthill. Guest soloists include Conal 6 Grada (flute) and Mel Mercier (bodhran and bones). 8.00 p.m. Ian Saville presents his new show, "Getting Nowhere-Again" at the Taibhdhearc. Ian won a Time Out Theatre Award in 1987 and was a big hit at the 10th Galway Arts Festival. 8.30 p.m. Special Festival Concert with The Walerboys in the Big Top Marquee, Fisheries Field. 10.00 p.m.. •• ,

Festival Finale in the Warwick Hotel. 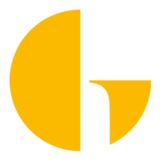