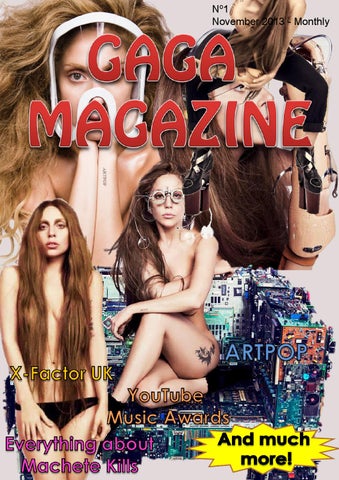 Who are we? Hi everyone ! We are Rita & Filipa, two students and Little Monsters from Lisbon, Portugal.

What is this? This is a virtual magazine, composed by several subjects, news, photos, stories, curiosities, etcâ&#x20AC;Ś related with Little Monstersâ&#x20AC;&#x2122; World & GaGa, and it there will be new editions every month !

What do we intend with this ? Our goal in creating this magazine is to connect as much LittleMonsters we can, and forming a large community of LM's from worldwide , so we can all together interact, discuss ideas, possibly events and also support each other in the good and bad moments ! We have a few spaces reserved for you readers too!

Where this idea came from? The idea came up in early October, after reading some comments of LM's complaining about the lack of magazines with articles of Lady Gaga at the places of sale in our country. So we thought: "If there is no magazine that gives due importance to the idol of LM's, why not create one?", and so it was born the GaGa Magazine! 2

On October 27, around 8 pm in Portugal ,as in the UK, Lady Gaga showed up at The X Factor UK, where she performed two songs from her new album ARTPOP: "Do What U Want" and "Venus" , the latest having been published on the same day earlier. Introdução But the breaking news that surprised and eventually shocked many fans was the Lady Gaga and Sharon Osbourne’s hug, a judge of the program, and the mother of Kelly Ousbourne, who has been having many disagreements with Lady Gaga Also that night, when she discovered that it was Kelly Osbourne’s birthday , Lady Gaga decided to make amends and bought a birthday cake and gave it to Sharon, who thanked on Twitter:

And GaGa tweeted the following:

But Kelly, Sharon’s daughter, wasn’t very happy with that and wrote outraged: Introdução

Despite all the disagreement, Gaga always tries to respite and give more than second chances, however, other celebrities, Kelly in this case, are more concerned to continue the war gibberish.

Here is the video of GaGa’s performance: http://www.youtube.com/watch?v=DzS0fLhL2Wc

GaGa during the performance Photography by Tom Dymond/Thames/Rex

This page will be used to advertise the posts of all those who want to get views and / or likes in publications made on site www.littlemonsters.com For that, send an e-mail during each month with your link of the post to gagalmagazine@gmail.com and each edition will publish the maximum possible posts on this page! You can also send your usernames so that these can be shared and viewed by many Little Monsters! But if you have some funny story, picture or other thing that you would like to share, we would be very glad to show it here ! 8

And after so long waiting for ARTPOP, finally we can celebrate, because the album is going to be out on November 8th! And GaGa did not hesitate to surprise us once again with the release of some of the songs that will be part of the ARTPOP list: "Do What You Want", "Aura", "Venus" and the snippet: "GUY". Just for listening to the snippet, makes any Little Monster yearn and wish for the rest of the music, divine and charming! “Venus” was sung for the first time in the bar “G.A.Y.” in London: http://www.youtube.com/watch?v=Ba0bc5xSaZQ “Venus” ‘s song was released on October 27, in LadyGaGaVevo channel: http://www.youtube.com/watch?v=nP3ctBs3510 “G.U.Y.”’s snippet:

Here is the video from GaGaâ&#x20AC;&#x2122;s performance in London bar: http://www.youtube.com/watch?v=PtY8DMq6egw Where she decided to take off her clothes !

& Recently, Katy Perry gave an interview to the "Entertainment Weekly“ magazine, where she spoke about the rivalry between her and Lady GaGa, making the following statements: “Gaga and I like to publicly dismiss it because it’s not healthy. You want to feel music. You want it to resonate and relate to you. You can’t look at it like a competition because you ruin the reason why you love music. But I think that sometimes our fan groups are so big and strong, they use it as ammunition.” Katy and GaGa have shown before that they are very friendly and this rivalry is unnecessary, all that's missing is the fans realizing this.    Both are spectacular, fantastic, authentic Divas, each in their own way and we have to see them as a team with the same purpose: to produce music and entertainment for all fans worldwide, and thus creating happiness for everyone!    Let's leave both proud with our maturity in relation to the subject and the fan-bases becoming great allies, never before seen!

& Letâ&#x20AC;&#x2122;s Applause the Roars from both, whenever we can, wherever we can and we will support both unconditionally because both deserve credit for the effort they make!

This area was created in order to share stories of bullying that each of us have suffered, and even reserved for questions that anyone has.    We intend to help with any problems that you may have and provide all the support possible. You can send your questions / stories or any other thing for our email, and we can still put as anonymous if you prefer.   We hope to help as many people as possible; we know how hard it is to go through certain situations, particularly when we have no one that can give us support. Our e-mail: gagalmagazine@gmail.com 13

Here are some pictures from the video that GaGa made for the “Glamour” Magazine, on October 29. Here is the link of the video:

http://www.youtube.com/watch?v=xNqjnUNQ2Yw&feature=playe All the pictures placed here about “Behind The Scenes Of Glamour Magazine” are from the RDT GaGa website.

Here are some Tweets from Mother Monster replying to some Little Monsterâ&#x20AC;&#x2122;s questions about ARTPOP, in a very funny way:

Lots of sense of humor aroundâ&#x20AC;Ś

GaGa asking for some compassion:

And here some replies to Hatersâ&#x20AC;Ś

However, GaGa tweets are not just about ARTPOP. Unfortunately, on October 29, the dog of the family, Alice, died, and Gaga wrote on her Twitter about the subject:

We can see that GaGa is very sad with this death, it was a member of her familyâ&#x20AC;Ś we just hope that she can recover for it, so for that, we need to give her all of our support !

And the much awaited movie where GaGa debuts as an actress, premiere in Brazil on September 20, and in Portugal on 17 October and in United States of America on September 13. Embora GaGa tivesse um papel pouco importante durante o desenrolar da acção, não impediu os seus Little Monsters de correr para as bilheteiras do cinema e visualizar o trabalho de GaGa. But do you know why GaGa was invited to participate in the movie? Everything started when the singer revealed her wish to have “Americano” as a soundtrack in the movie, however the movie’s producer Robert Rodriguez asked Lady GaGa if she would like to have a role in the movie, besides participating as a producer, having this reply from GaGa: “One of my dreams is to participate in on of your movies or one from Quenti Tarantino.”. Robert also revealed that GaGa said that she had studied representation and also began as an actress, but she didn’t want to leave the music aside, so Robert proposed: “I’m gonna write a role for the movie just for you, where you will have a real character, not as Lady GaGa, which will have a dialogue.”. Another revelation made by ​ Rodriguez is that Lady GaGa wasn’t nervous at all to represent and he even said to the singer that she had been spectacular on the first recording. 39

Another surprise was the fact that "Aura" entered in the movie’s soundtrack, which is one more song belonging of ARTPOP revealed! Gradually we are being able to hear all the songs that our Mother Monster created especially for us! For those who didn’t have the chance to watch the trailer of “Machete Kills”, here is the link: http://www.youtube.com/watch?v=cwARA6PW7Do For those who didn’t hear yet “Aura”, here is the link: http://www.youtube.com/watch?v=V6qXX82I-Hs

GaGa wore a strap alloys, a fur coat and even used a mustache (inspired by Salvador DalĂ­) to promote ARTPOP album.

My mustache is super sexy, it worths more than your house, haters !

Disclosure of ARTPOP a nightclub Berghain in Berlin, Germany

New events mean innovation, and in this case a new ceremony means more performance, particularly of our favorite artists!    But let's be honest, who we are really waiting to see performing is our Mother Monster! Even our eyes shone knowing this wonderful news!     But now let's get to it: YouTube Music Awards is a new awards ceremony to which we will be able to watch from the first edition (which will be on November 3rd). The polls were released on 22 October, where nominations are divided into 6 categories: ϕVideo of The Year; ϕArtist Of The Year; ϕResponse Of The Year; (Mixs, parodies and fan videos) ϕYouTube Phenomenon; ϕYouTube Breakthrough; (new artists in Music’s 48 World))

According to YouTube, the nominations were selected taking into account the views, the Likes, Comments and subscriptions over these 12 months.  Unfortunately, GaGa is only nominated for Video of the Year, with "Applause", but as big fans we are, we will help her to exceed this barrier of nominated, becoming "Applause" the Video of the Year!   For that, simply access the nominations site(here it is already the site of the "Video of the Year“; you just need to put Like and Share it, as this is what will count for the final decision! http://www.youtube.com/watch? v=G2MjXU6loMo&list=PLYHoqTjX7zMrWQkjZUlR_se5js TJ6yLSk 49

“My ambition was never dominate the world, it has always been to change the world.” – Lady GaGa for “Glamour” Magazine 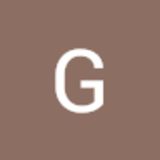 The first magazine worldwide about Lady GaGa, all about GaGa in monthly editions.

The first magazine worldwide about Lady GaGa, all about GaGa in monthly editions.