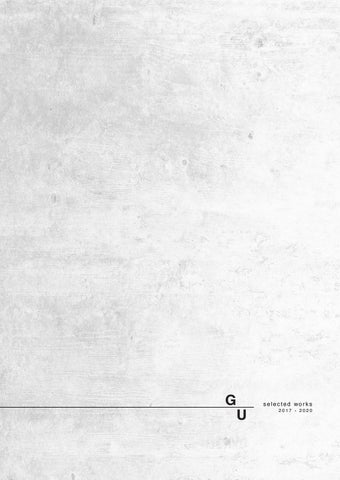 GABRIELE UBERTI About me: My name is Gabriele and I am an Italian young man. Though shy I am committed towards achieving all of my goals. I have always been dedicated and passionate as a person. As a matter of fact, since I was little I have always considered challenges to be a way to put myself to test. After 24 years spent in my hometown and around family, I think that now it’s the right time to forge my identity through a working experience abroad.

Worked and contributed to the development of innovative ideas Offered solutions that could be easily and graphically understood by the customer thanks to diagrams and renders. Shared knowledge in a heterogeneous expert team composed of engineers, architects and other techincal proficiencies.

Taken part in two architecture contests during my second and third year of university. Developed, in both cases, innovative constructive ideas that could be applied to the tourism and accomodations. One of the two projects was shortlisted. 07/2013 - 09/2013 Bergamo, Italy

Improved the corporate communication skills during projects in the company. Introduced 3D visualizations in their workflow. Redisigned 2D projects and reorganized some professional documents’ layout.

INTERESTS I love running through forests and any natural place and also playing football and basketball. I really enjoy travelling and during my trips I always bring my running shoes with me to try to exceed my limits.

This project has two main goals: on one hand to create an iconic tourist accomodation which includes both a shared “Guest zone”, for up to 20 tourists with a lounge and dining area, and a “Private zone” reserved to the keeper of the facility. On the other hand we wanted to create the single “Lights rooms” (from to 2 to 4 beds) to offer to nature lovers the unforgettable experience of an intimate view of the northern lights. The geometry of the main building resembles the volcano nearby, while the triangular shape of the rooms results from an accurate constructive analysis and the need to be moved to have a last glance at this astonishing natural phenomenon.

BIRDWATCHING ON THE LAKESHORE

The aim of this workshop was to experience the interrelation between experts of the BIM era and of the virtual reality and to contribute this technical expertise into an architectural design. In light of above, our project design describes two spouses fond of birdwatching and their need to adjust to different habitats in different seasons. The residential unit must be designed as a minimal unit which can be moved easily from Italy to Russia and which allows the versatility of interior design. All the possibilities must be taken into account from the design stage and based on the end customer’s request. My role in the team was to introduce parametric softwares such as Revit Autodesk and Grasshopper 3D to achieve the aforementioned goals. Workshop on: “Contemporary identities: relations in the design leaving” Teammates: Aristide, Franco, Victoria Brescia and Russia, 09/2018

The actual dimensions of the modules depend on their possibility to be transported.

Two 3x12 meters modules have been coupled, given the small available volumetry.

The two 3x12 m modules have been staggered to have a better internal dynamicity.

There is a spatial partitioning between the fixed spaces and the open spaces.

One of the requirements of the topic was to think of interior furniture which could ensure maximum versatility. In order to reach this goal, we adopted the simplest three-dimensional shape, the cube: we coulored, made lightened and beveled it. We also added tables and beds which could be easily kept away in wardrobes, as well as a sliding wall, which conceals the master bedroom. The bathroom and the laboratory, placed at the two opposite parts of the house, are a “fixed spaces” in that they require a specific installation, wastewater collection and discharge tanks. Moreover the living unit must be as light as possible so that it can be moved to Russia by a truck.

The urban regeneration project in the historical city center of Milan consisted of creating a new campus for the Accademia di Belle Arti di Brera, in the former “Quartiere delle Milizie” with its student residences and social housing. Besides the realization of 3 residential towers, our regeneration project included both the building of new attraction centers such as a public library, graphic art workshops and traditional art galleries as well as redisigning of the whole masterplan, demolishing buildings chosen by the Superintendence, thus not subject to protection. The ultimate goal is to turn “empty urban spaces” into a living and shared area, where students can take part into a bigger projects aimed at linking the city center and the suburbs. Urban regeneration: former “Quartiere delle Milizie” Teammate: Michela

This district was used during the World Wars as a military recruiting and training center and it is still out of bounds to the civilians and thus remaining a big “empty urban space”. BO

In the late 19th century this area was designated as the “Quartiere delle Milizie” which included three old military barracks: Carroccio, Magenta, XXIV Maggio and some other service buildings.

The idea was basically to demolish the perimeter walls and part of the existing buildings hence allowing a higher possibility of interaction between this empty space and the city itself.

The three mainly used materials for constructing this building are glass, steel and polycarbonate; besides the entrance hall, the building can be divided into 3 macro areas: the permanent and temporary exhibition area, the students’ workshop and the bookshop.

THE NEW FOR THE ELDER ORZINUOVI

The conversion of a mid-20th century cotton mill located in a small town near Brescia into a nursing home facility was the subject of this project. This building - which covers 21,000 square meters - was created for self-sufficient and dependent elderly people suffering from common disease such as helzeimer’s disease, senile dementia, asteriosclerosis and impaired mobility. Seeing seniors more as a part of the active community rather than just a social burden is the focus of this project. Bearing this in mind, we tried to design cutting-edge facilities for assisting the elderly, comprising educational gardens, kindergartens and places for sharing time where architecture embraces humanity and the scientific process to take part into an everyday life project with the aim of recovering from any diseas. Urban regeneration: former Bellometti factory Teammates: Roberto, Luca

The volumetry of the preexisting factory was maintained without considering a selective-bombing to light up and aerate even the most hidden places. The facades are realized using green panels and wooden strips to provide a cozy and comfortable location. These are the key-maps for the two sections above.

The Municipality of Palazzolo sull&#39;Oglio, a small town not far from brescia, needed to preserve and promote one of the gems of its cultural heritage: the former caretaker&#39;s house in the park of Villa Lanfranchi (an important family of industrialists) which was built in 1926. Starting from a geometric survey and through a conservation project, the aim was to convert the villa into a small cultural centre which could become a meeting point for several local associations but also a premise for sharing knowledge through small classes on specific topics such as botany, astronomy, technology etc. The mainpriorities werw accessibility and circularity inside building, hence arose the need to install an elevator and safety stairs, both coated with weathering steel panels, highlated in the next pages. Restoration and Conservation: former caretaker&#39;s house Teammates: Luca, Michela, Roberto

NEW LYMPH INTO AN URBAN VOID -

An urban void extending for over 200,000 square meters in the downtown of Milan, just some kilometers South from the well-known Piazza del Duomo (lit. Cathedral Square), one of the historic cornerstones of the city. The city planning strategy was that to renovate the former railway yard in Porta Romana in order to host, in the first place, the Olympic Village in 2026 for the Winter Olympic and Paralympic games in Milano-Cortina, and then to be converted into a youth center, sorrounded by a big city park, extending for at least 50% of the available surface. The aim of the thesis is to provide new perspectives and point of view for the life in a cahoyic city such as Milan: residential buildings, forests and big parks as well as an eye to climate change issues with the insertion of a city reservoir. Master thesis: “Urban regeneration project of the Porta Romana railway yard in Milan” Teammate: Roberto MIlan, 10/2020- 03/2021

RESPONSIVE FACADE Local &amp; global system: This system was introduced to overcome the fact the façade is entirely exposed to the south. Thus, an element capable of changing its behavior with respect to the incident solar radiation thereon was created, at the same time aiming at shielding the indoor environments and ensuring an optimal termo-hygrometric comfort. The semi-transparent membrane used to coat the component allows the the light beam to filter through thus avoiding the overheating of the indoor environment. Thanks to this mechanical movement, monitored by sensors arranged on the component itself, the façade shows a greater dynamicity, similarly to the entire project of the masterplan. Kinetic local component: x8

WOODEN ROOF STRUCTURE Paneling: This generative algorithm allows to draw any geometric configuration as a long as in planimetry it has the shape of a perfect annulus with internal and external radius lenghts fixed. The paneling of this shape is a type of waffle structure i.e. a simple orthogonal coupling between wooden beams with recesses half as wide as the width of the beam every 60-70 cm. The criss-cross pattern to be created will be wound by a cover made of waterproof treadable material. The script was conceived for an architecture contest which required to design a tourist accomodation to be built in Iceland and which had to be dry constructed so that it could be disassembled once the tourism season is over. the shape was created resembling a nearby volcano visible from the location.